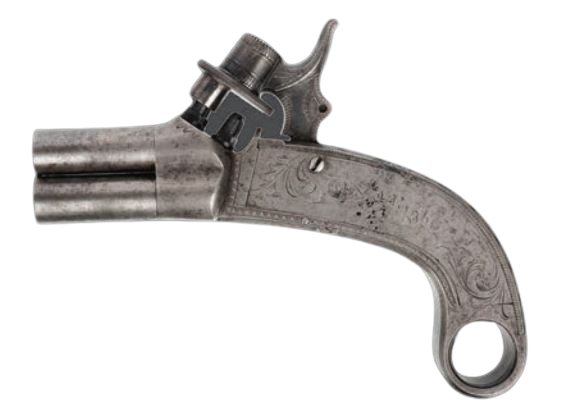 FIGURE 1. e Rigby pepperbox. Note the all-metal construction, turno barrels, rotating striker, and the hole in the butt. “Wm & Jn Rigby” ( with John’s initial obscured by pitting) decorates the le side, which is removable to access the action. Overall length is 6.2 inches.

Figure 1 shows the pistol we’ll be examining together in this article. It’s a four barrel percussion pepperbox, from the 1830’s, made by the brothers William and John Rigby of Dublin, the best-known members of Ireland’s premier gun-making family. I have thought about this pistol for decades, puzzling to solve the mystery over whether the hole in the grip means it was designed for use as a knuckleduster. I am now prepared to give a qualified answer and in the process to gleefully demolish some venerable arms literature on the subject.

To begin with, I’d like to point out a number of this pistol’s unusual features:

1. THE PISTOL IS MADE ENTIRELY OF METAL. All-metal pepperboxes are very rare, and with one exception, all known survivors were made by the Rigby brothers. they made three and four-barreled pistols of this type, and small single barrel pistols that were sold in pairs.

2. THE BARRELS TURN OFF. Unusual in pepperboxes of this era, but standard in these Rigby rearms. A key, sometimes part of the bullet mold, was used to turn the barrels o (Figure 2), gripping the grooves inside the muzzles. Powder is poured to ll each breech cavity, a ball is placed, and each barrel is then replaced, also using the key.

Sometimes the barrels also are ried, although not in this case. ese are .32 caliber and are 1 1/3 inches long. 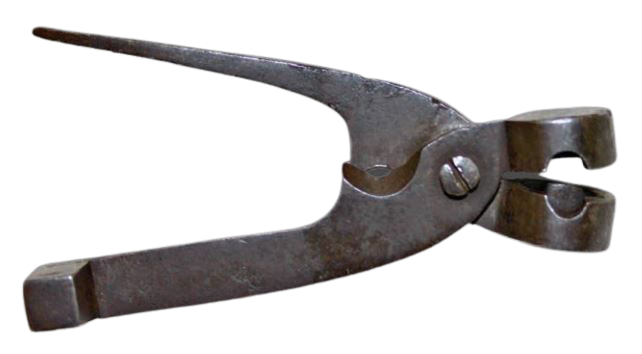 FIGURE 2. A muzzle key for turning barrels o and on. is one is typical but does not go with the Rigby. It is combined with a bullet mold. 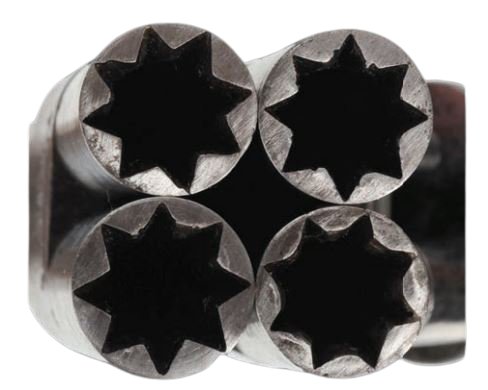 FIGURE 3. e muzzles of the four barrels, cut for gripping a barrel key.

3. THE BARRELS AND BREECHES ARE NUMBERED 5 THROUGH 8. e barrels of multi-barreled turno pistols, and of single barrel turno pairs, were not interchangeable, so barrels and breeches were numbered to ensure the correct t. Like the single-barreled pistols, these pistols were oen sold in pairs, either in cases or bags. His pistol’s mate would have been numbered 1 through 4. (For unknown reasons, some makers started with 0 instead of 1). 4. THE FOLDING TRIGGER POPS OUT WHEN THE HAMMER IS COCKED. Only one pair of Rigby all-metal pistols is known with a standard trigger and trigger guard. 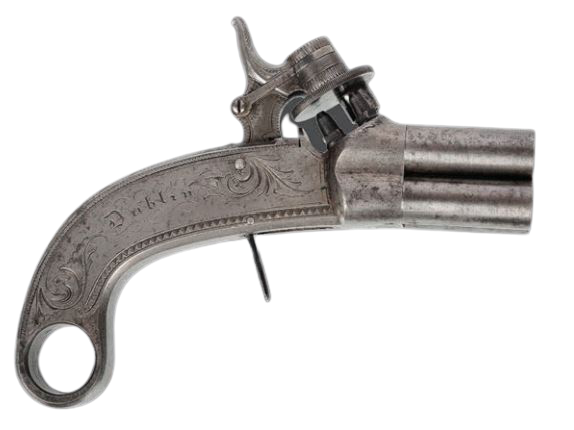 FIGURE 4. e Rigby pepperbox from the right side, with the folding trigger popped out. Note “Dublin”, and the indexing spring on the rotating striker.

5. THE BARRELS ARE FIXED AND THE STRIKER ROTATES BY HAND is style of pepperbox is called the “Rigby” type not only because that rm made so many of them (ref. 1) but because they claimed to have invented the hand-rotated striker shortly aer 1825. (ref. 2) However, since there was no patent on the design, other Irish and English makers also used this handrotated striker on pistols with wooden grips. I’ve seen double-barreled over and under pistols with that same feature, both in original intlock (3) and as a method of converting an intlock tap action system to percussion. Very rarely it also appears on three-barrel pistols. (ref. 2). With hand-rotation of the disc, the striking nose moves from one nipple to the next rotating clockwise (viewed from above), and it is indexed by a detent. (See Figure 5) 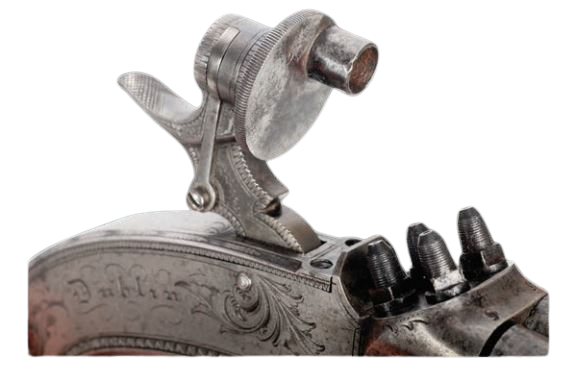 FIGURE 5. e hand-rotated striker, with the grippable disc and the indexing spring. It rotates only one way ( clockwise when viewed from above), presumably to prevent returning to a red barrel while under stress.

6. THERE’S A HOLE IN THE GRIP e holes in the grips of these all-metal pistols were no mystery to previous generations of collectors. There's no debate about the purpose of the grip hole for single-barrel, all- metal pairs: the holes are notched, and each is around a lug to turn on the barrel of the other. On the all-metal pepperboxes, the holes are smooth, and the pistols were considered, without doubt, to be knuckle dusters. Knuckle Dusters are rearms designed for backup service as a striking weapon. Figures 6 and 7 show a classic knuckleduster, using four fingers for gripping. I’m next going to outline the debate about the Rigby 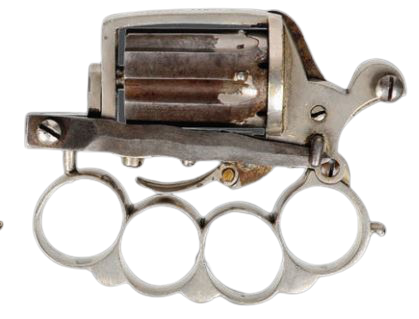 FIGURE 6. e “Apache'' knuckleduster, a combination weapon from the 1870’s: pine pepperbox, folding dagger, and knuckles. e knuckles fold out toward the back to form the pistol grip. Note that the knuckle openings are large and reinforced. 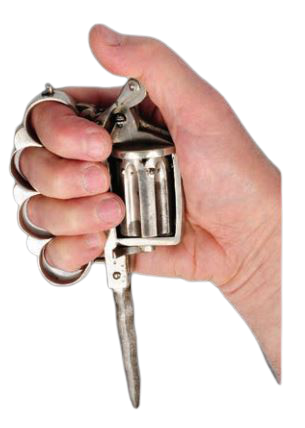 KNUCKLE DUSTER? ARGUMENTS FOR-- Much older literature presents these pistols as knuckle dusters. Lewis Winant’s FIREARMS CURIOSA discusses them in the knuckleduster chapter: “… intentionally designed to serve as a striking weapon.” (ref. 4) Taylor Bowen’s JAMES REID AND HIS CATSKILL KNUCKLE DUSTERS agrees, in his chapter on “Other Makers'': “As knuckle dusters, these pistols were meant to be held in the st with the nger hole(s) lled when a brawl was imminent.” (ref. 5) e English revolver authority A.W.F. Taylers says, “e metal butt had a nger hole through it by which the weapon could be better gripped for use as a club aer ring.” (ref. 6) On the internet, I have found by far the most powerful “pro” argument: the “Rigby knuckleduster and striker models'' and the “William and John Rigby striking weapon pistol model” are banned in Chicago. (ref. 7) 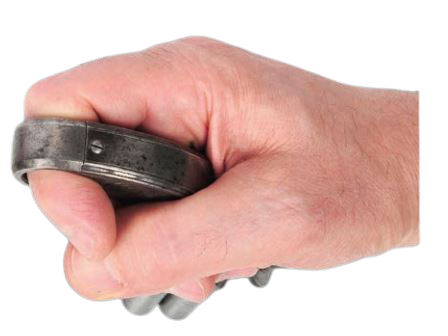 FIGURE 8. e hole in the Rigby’s grip won’t admit much of an index finger, and leaves it vulnerable. e striker sticks into the palm. the pistol is not designed to be held this way.

FIGURE 9. James Reid’s “My Friend” pepperbox in shooting position ( top) and in the correct knuckleduster position ( bottom). The energy hole is well protected.

KNUCKLE DUSTER? ARGUMENTS AGAINST-- 1. WOULD YOU PUT A FINGER THROUGH THAT HOLE? No! First of all, your index finger won’t t, and I know from trying that it’s simply not made to be held this way. (Figure 8.) Your hunger will t, but I strongly advise against hitting anything with your pinky in the hole. the best known true one-finger knuckle duster, James Reid’s “My Friend”, has a hole for hunger, but protects it with much thicker metal. (Figure 9)

DAVID BACK AGREES IT'S NOT A KNUCKLE DUSTER. David Back is the author of the major book on the Rigby family. (ref. 8) In a letter to me in 1992 (ref. 9), he wrote, “ I certainly cannot be sure of the answer to your question [why the hole in the butt?] because I have wondered about this myself! Certainly, as you say, the metal butt could be used as a weapon, but I do not think I would put my finger through the hole.” In his book, Back reprints extensive Rigby sales records which list these pistols but makes no mention of a purpose for the hole. THE KEITH NEAL SALE CATALOGUERS ALSO AGREE. Keith Neal owned four of these all-metal pistols, both three and four barrel, which were sold in 3 auctions between 2000 and 2005. (ref. 10) None of the catalogue descriptions called them knuckle dusters.

IF NOT A KNUCKLE DUSTER, THEN WHAT? A CLUB? Major Brown, a British collector and author in the 1940’s, was a proponent of the Hitting Hypothesis: “All steel, a forerunner of ‘My Friend’ and its European brother ‘e Fisticu.’ Held with the little nger through the hole and hitting with the barrels, it would be frightfully elective.” (ref. 11) I admit this is possible, but I wouldn’t treat my pepperbox that way. You can bash someone with the barrel(s) of any pistol, but I doubt the Rigbys intended this.

A LANYARD RING? David Back suggests this in the letter quoted above (ref. 9): “Again, one might put a lanyard through it which is a practical use.” e Neal sale auction catalogues state that the holes are for lanyards. (ref. 10) Collectors I’ve talked to favor that explanation. But there is no published literature actually discussing it (until now). However, I have my doubts. e hole is unusually large for a lanyard (3/4 inch), and to me it just doesn’t look right for that purpose. I have seen 19th century lanyards in place, but never on these pistols. Most persuasive to me is the question, “How oen have you seen lanyards on civilian pistols?” A lanyard is primarily a military design and accessory. his small Rigby pepperbox wasn’t hung from a saddle, a belt, or a wrist. It resided in its case or bag, or in a pocket.

the catalogue of the William R. Funderburg collection sale in 1975 contains the only all-metal pepperbox of this form made by someone other than the Rigbys. (ref. 12) It’s by Walsh, a Dublin maker of the same period. We see the 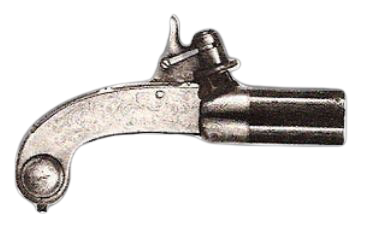 FIGURE 10. e Walsh pistol from the William R. Funderburg collection auction. Whatever’s in the hole in the butt probably didn’t start out there.

same hole in the butt, yet…it’s lled with a mysterious object. e catalogue description uses the phrase “hinged steel cap”. The photo is provocative but vague. (Figure 10.) It is possible that the hole was meant to contain a structure, perhaps a cap holder. However, I’ve seen holes in many all-metal butts, and all were empty. Perhaps it was just a bad idea, and all but the Walsh pistol’s fell out, but I don’t think so. e Rigby brothers were the best, and would never have never used a bad design. Whatever the structure in the Walsh pistol’s grip, it was almost certainly added aer-market. 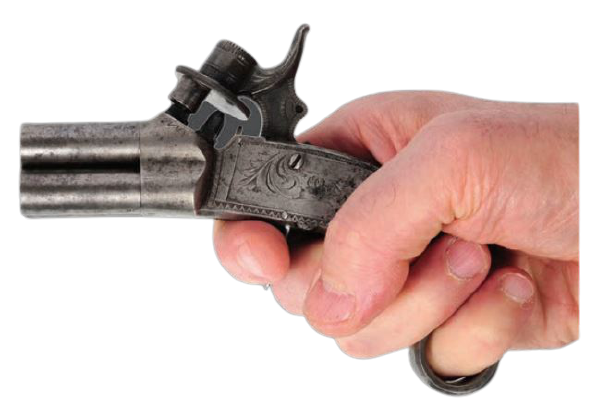 SO WHAT’S THE HOLE FOR?

the honest short answer is, “Nobody knows.” e Rigby business records and contemporary sources are silent. I’m very confident it’s not for striking, and I’m condent it’s not for a lanyard. From the size of the hole and from handling the pistol, I think it was meant for the hunger ( it’s a comfortable t), but as a means of holding and stabilizing the pistol when ring. (Figure 11) Not as exciting as the traditional alternatives, but that’s what makes the most sense to me.

the literature is a crucial foundation of our hobby, and mastering it is an important part of our development as collectors. But it’s never absolute. Part of our job is to doubt, question, and update it. at what I’ve tried to do here. In addition, the Rigby pepperbox, rare and strange, is certainly worth a look.