I have taken this article from the Paterson era (1836) through the Model 1861 Navy. In this final work, we will look at the last of Colt’s percussion period and examine the factors that brought percussion to a conclusion.

Colt was through with his radical changes, the New Army replacing the Old Army, the Model 1861 Navy failing to replace the Model 1851 Navy. He had but one more size range to modernize. Now he sought to improve on the Model 1849 Pocket Pistols.

Once again, how could he improve on the Model 1849 Pocket? This was his best selling revolver that he had ever come up with. Colt would die in 1862, actually before his “new, improved pistols” had time to hit the market. Besides, he was filling Union contracts for ’60 Armys, ’51 Navys, and ’61 Contract Muskets as fast as he could, and had little time for research and development. What else could he do but fall back on old designs, making them stronger, more powerful and achieve a moderate “new look?”

What were the changes from the old tried and true Model 1849 Pocket?

1. The biggest change was the introduction of “Silver Steel,” Colt’s major transition from

the old hammered cast iron. Remember, it had at least three times the strength of the

2. Sam went with the new “streamlined look” of the round barrel, less weight and a more

modern appearance. Actually years ahead of competition in outward design. There

3. To reduce weight and add to the new appearance, a fluted cylinder, not unlike the first

Model 1860 Army. It had the same tapered chamber to avoid overloading, rebated

4. Action remained the same as the ’49 Pocket Model, which was identical to the ’51 Navy

grip size were taken from the Pocket ’49, in fact, some early Police pistols had 31 CAL

stamped on the trigger guard. Good old Sam, nothing wasted.

Pocket of Navy Caliber. Recent research has proven this to be wrong. The “Police”

Model started production in 1862, but the “62 Navy” didn’t get started until after the

6. Government orders did not pour in. It is thought that only fifty 36 caliber pistols were

purchased, and we don’t know if they were Police or Pocket Navy, if mixed, or how

Some of the interesting features were in the presentation guns. Of course, there were the fancy “book casings,” the standard walnut or deluxe mahogany cases, a few multiple casings with more than one Police, or combining a Police with an Army, etc.

This presentation was from Col. Colt to Mrs. Cobb whose husband was a powerful Georgian in national politics. One of about one half dozen or less known presentations from Sam to women and only one of three that were book casings. At the same time as the Cobb gift, Colt presented a book titled Model 1862 Police revolvers to Mrs. John B. Floyd and Mrs. Jacob Thompson. All three wives of government officials were destined to play important roles in the Confederacy during the Civil War. Colt had to sidestep patriotism for the presentations, but did so by giving guns to the ladies and not their prominent confederate husbands.

One other ’62 Police of note is the so-called “Trapper’s Model.” A classic collector’s rarity. A five shot, 3-1/2 inch barrel, no attached loading lever, but with a plain ramrod, not attached to the pistol. Records show that only 50 or less were produced. Speculation is that it was made for the “Trapper” to be carried in a pocket to dispatch any live game caught in his trap. My guess is this would include beavers, fox, coyote, badgers and bobcats. A very limited market, one wonders why it was even tried?

For some time collectors & dealers called this the “Model 1853 Pocket Navy.” This was erroneous, and I’m not too sure of its origin, but the ’62 Police was not produced until 1861 and the ‘62 Navy” until 1865. It is a transition from the ’51 Navy, using the “Silver Steel,” having a round cylinder, rebated as with the ’60 Army, but retaining the octagon barrel, same loading lever as the ’51 Navy, five shot and 36 caliber. It was supposed to be a smaller, pocket size Model ’51 Navy. Like the “Police,” it had the same barrel lengths except the short 3-1/2 inch was eliminated.

All in all, a nice gun, but it did not sell. The inventory was great on Colt’s shelves, probably for the same reason the “Police” didn’t make it. While the caliber was desirable, percussion was out, cartridges in. It is estimated that only 30% of the production was the ‘62 Navy Pocket. Certainly the survival rate is higher in the ’62 Police. Even before Ft. Sumter the technology was in place for “self-contained metal cartridges.” The Ordnance Department, in their infinite wisdom, insisted on the “muzzleloader” percussion. They did finally concede to an acceptance in the Spencer and Henry carbines for the cavalry.

An employee of Colt, Rollin White, offered Sam a license agreement to use his patent of 1855. Colt turned him down as he was sold on the cap & ball percussion system, favored by the Ordnance Department. After all, they were the ones writing the contracts he hoped to get. 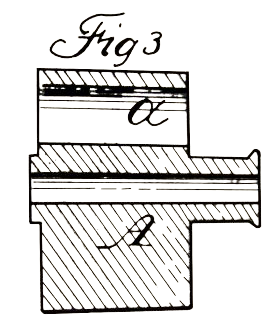 Fig. 5, Part of the Patent Showing the Bored-Through Cylinder

The Smith & Wesson Company was very much aware of the potential of the “cartridge revolver” and jumped at the chance to claim the only license right to manufacture Mr. White’s invention. They obtained a 17-year exclusive, and controlled the manufacture of cartridge guns until 1870.

Inventory stacked up on the factory selves. Colt wanted his product to move (a lesson he learned in the Paterson days). Proof of this was when the Pocket Navies were converted to cartridges that left the factory as 38 caliber, many with round barrels. Transition!

While many of the ’62 Police saw duty in the Civil War, the Ordnance Department bought few if any. Officers and enlisted men alike paid for them out of their own pockets. Records show that fifty 36 Cal revolvers with 4-1/2 inch barrels were purchased, but there is no record as to whether they were all ’62 Pocket Navys or a mixture of Police and Navys. The West Point Museum has a ’62 Pocket Navy stamped “U.S.' ' on the frame and one cartouche on the grips. This is the only one known to collectors today. The Police Model was very popular as a pocket pistol in both the Union and Confederate Armies. The 6-1/2-inch barrel was the most popular while the 5-1/2-inch barrel was a close second.

Many of the ’62 models went into conversion to cartridge, starting with the year 1873 through 1875. Factory conversions totaled approximately 19,000, with the 4-1/2 inch barrel rimfire being the most popular. But that is a whole new story.

What about special order features, any radical changes? No not really. Fig. 1, shows a ’62 Police with no engraving but with ivory grips. The right grip is slick, while (Fig. 6, same gun,close-up) the left grip is a high relief of the head of the Goddess of Liberty (a favorite Union Civil War patriotic motif). She is kind of a tough looking gal, but then, these were tough times. 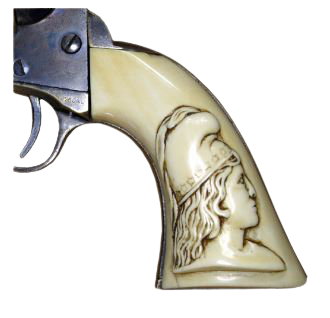 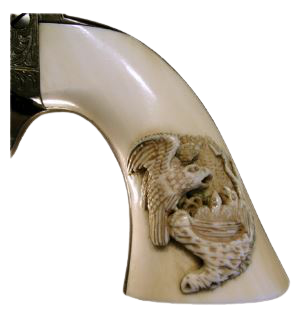 Fig. 7 is a close-up of the grip on the gun in Fig. 4. The eagle nest, mother eagle and two chicks are an entirely different story. It is a patriotic scheme and one found for just a very short time. The mother eagle symbolizes the Union while the two chicks are the “border states.” These would be Kentucky and Missouri. Mom is defending her chicks from any potential harm. There were four Border States, Delaware and Maryland besides the previous two. All four were slave states that never declared secession. All four contributed men to both sides, 170,000 to the Union, 86,000 to the Confederacy. Another fact skipped over by most history books, is that Lincoln’s Emancipation Proclamation did not apply to the Border States. (Enough Civil War trivia, not Colt stuff)

Page 107, A History of the Colt Revolver, Haven and

Google, Lots and lots of Google

Ever get the feeling that

the world is a tuxedo

And you are a pair

Had Colt lived beyond the age of 47, he might have

noticed he was a pair of brown shoes.