Collecting “Colt Firearms'' is not the only thing we rabid collectors do. there are great and wonderful collections of paper to include: antique photos, letters, ledgers, bills of sale, antique Colt stock certificates, posters, illustrations, broadsides, advertisements, - - - - - and the list goes on. Others collect accoutrements, leather, costumes, anything western that may complement Colt’s firearms, even to parts of the original Colt Paterson factory (bricks, etc.).

There remains another facet of Colt collecting that is very limited and the articles quite rare. These are original parts of machinery from the early production days. And so we come to the explanation of this article.

At the Las Vegas Gun Show of January 17, 2003 I was able to trade an interesting Colt Model 1862 Police Revolver that was the personal weapon of Hank Monk for a once-in-a-lifetime bit of Colt history. (Monk was the famous stagecoach driver who carried Horace Greeley on a record breaking ride of 112 miles in 12 hours, over the mountain trails of the Sierra Nevada in 1859. The ride was made famous in a book, “Roughing It” by Mark Twain. John Gangel had these wonderful items and I hesitated not at all to trade the gun for them.)

They were, in fact, Colt Paterson cylinder roll dies for the Pocket and Belt Model revolvers Very few tools of manufacture from the original production line at the Patent Arms Manufacturing Company (Colt’s Paterson factory) remain. R.L. Wilson rates them among the rarest of all Colt Memorabilia, dates them 1837, and 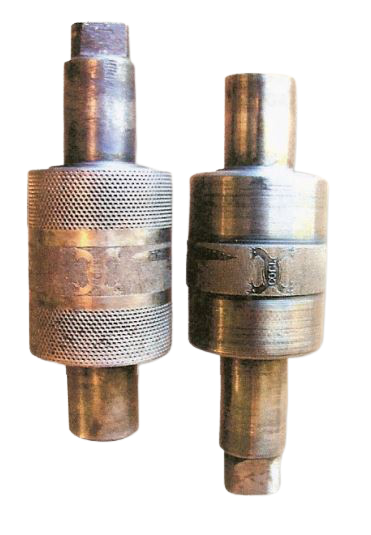 identifies the engraving work on the dies as that of Waterman Lilly Ormsby, master engraver of portraits, bank notes, and the incredible cylinder scenes on Colt percussion pistols.

Colt met Ormsby in New York while showing his prototype Paterson pistol to potential investors prior to the start-up of the Patent Arms Manufacturing Co. Colt needed some $200,000 to get the factory going. Colt chose the gun store of Samuel Hall as a stage for his presentation. Orison Blunt was present as was Ormsby, whose engraving shop was only a few doors away. Blunt was soon to become a partner in a large importing and sporting goods arm of Blunt and Syms, destined to become one of Colt’s most important dealers. Colt was always thinking ahead and realized that an important part of producing his rearms was protecting them from copies and infringements on his patents. Ormsby was, at the time, engraving bank notes that deed counterfeiting, and suggested to Colt that an engraved cylinder scene might solve his problems as well. Colt and Ormsby became friends and business associates that lasted throughout Colt’s life time and even aer to 1872 with all the cylinder rolled scenes on Colt percussion revolvers, conversions and concluding with the Model 1872 Open Top Single Action Revolver.

On a recent research venture to the Colt factory in Hartford, CT, I brought the two die rollers to show the engravers at the Colt Custom Gun Shop. George Spring, the master engraver, was fascinated with them. then he said, “wait a minute,” and took his “jeweler’s eye” for a closer examination. “it is not a plate roll but the actual engraving!!”

I had assumed that the rolls were made in the same manner as the later cylinder rollers. It is to say that the rst engraving was done on a plate of steel which was then tempered (steel made harder and stronger by heat treatment) and a steel roll applied with adequate pressure to transfer the image to the roll. e rst roll was a negative (reverse) image. Its roll was then tempered and a second roll taken from the rst. is then would be a positive image. e negative image roll would be used to roll engrave the cylinder to achieve a positive image.

Mr. Spring’s examination of the positive roll noted that the engraving had been done on the roll itself, not taken from a plate. I would have never guessed that, and was elated to find that I had a piece of original master engraving done by W.L Ormsby.

His set of roll dies was responsible for the centaur cylinder scene, roll engraved, as standard on the Number 2 and Number 3 Belt Models of the Colt Paterson Pistols. The same pattern was used on the Number 1 Pocket Model and the Improved Number 1 Pocket, except that the rst centaur was emerging from the four horse headed cartouche.

So one would surmise that the positive roll of this pair, was the pattern used

Figure 2. is is the scene that is rolled on the Model #2 and #3 Belt Models of the Paterson pistols.

Figure 3. Same scene, except the Centaur standing guard on a separate island is now within the four-headed Colt trademark. The rest of the scene remains the same. How clever of Sam Colt, He could use the same roll to make a new roll for the #1 Pocket Model which was a .28 caliber as opposed by the .32 caliber #2 & #3 Pockets, which needed a larger circumference cylinder to handle the larger caliber.

to create the negative image for the smaller cylinder.

I learned a neat trick from the great men at the Colt Custom Gun Shop — that was how to “li'' a cylinder scene. George took a lighted candle, and used the ame to coat the cylinder with soot. en, taking a piece of scotch tape, he laid a perfect reverse scene from the cylinder. It takes a while to learn how much soot to coat the scene with to get the optimum screen resolution, but then what else do you have to do today? Don’t forget to clean and oil the cylinder aer doing this, you might be inviting unwanted corrosion otherwise. 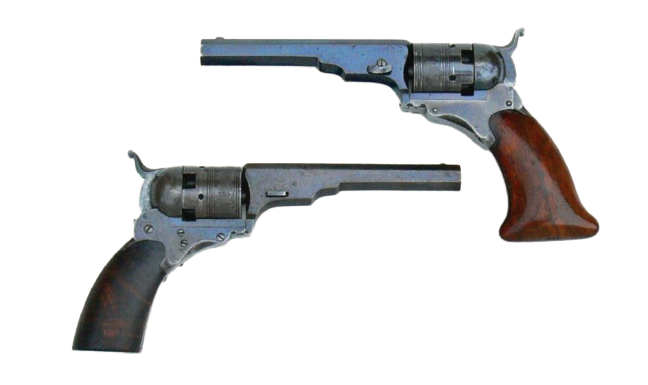 Figure 5 - e #1 "Baby" Paterson revolver. This gun would have the foreshortened version of the Cylinder scene as shown in Figure 3. (Courtesy of James Julia Auctions)