It finds an unexpected market

Edward Maynard is generally known for two things – his expertise as a dentist and his genius as a gun and cartridge designer. He had a third notable characteristic- his tenacity as a promoter of his inventions.

His first major accomplishment was the design of the automatic lock and tape primer. He patented it in September of 1845 (#4208). He sold the U. S. rights to his design in 1845 to the Government for $5000. Sensing that there was a fortune to be made overseas, he targeted England, Prussia, Russia and other European countries. In July 1845, he left his wife, children and dental practice to seek that fortune. He had planned to spend about six months abroad in marketing but that time stretched to fifteen months. Due to bureaucratic delays and diminishing funds he was forced to perform dental surgeries along the way to make ends meet. This led to his being appointed as Dentist to the Imperial Family of the Tsar for a period of time. During this prolonged period of absence he wrote almost daily letters to his wife. He did not make the fortune he dreamed of but he did sell his system to the governments of Denmark and Sweden for $2500 each. 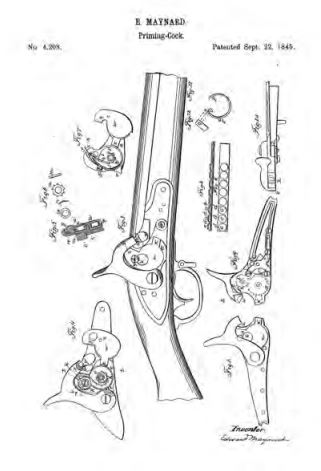 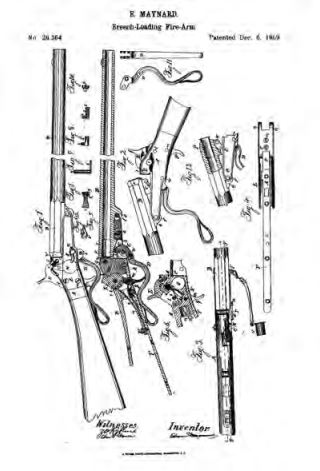 Fig. 2 – This patent covers the design of the first type carbine and depicts the unique “stopper” cartridge.

Fortunately for Maynard historians, the letters and a record of his travels, travails and tribulations have been preserved and can be read in the book listed at the end of this article. The book was produced by a descendent of Maynard who found the letters in family archives.

The U. S. Ordnance Department, normally slow to embrace new ideas, became quite enamored with the Maynard tape primer system and for a decade or so, it was a standard feature of nearly all U. S. guns. So much so that when other inventors, like Burnside, submitted breechloaders for trial, they were sent away until they could represent their offerings with some sort of automatic priming device. Burnside, Sharps and Perry each devised their own version of auto primer. (There were many other experimental systems – please refer to Volume 3, Number 1– of Arms Heritage Magazine for a comprehensive article on these systems—it’s available in the Archives Section). Of the competing auto-priming systems, only the Sharps (Lawrence) pellet system had any staying power. Eventually the extra cost of manufacture and the need for quartermasters to carry yet another bit of ordnance, saw all automatic systems vanish.

The transition from percussion muzzleloaders to breechloaders was a multi-step process. Traditional muzzle-loading guns made a rapid transition to metallic-cased ammunition over a very short span of time. First, as breech-loaders made their appearance, consumable-case materials holding powder and ball were used as early cartridges. They still required an external percussion cap but rate-of-fire had improved and it was no longer necessary to stand up to reload. Leakage at the breech caused fouling and it wasn’t long before inventors found a way to eliminate that leakage by using a thin-walled brass case that would expand, sealing the breach. Progress in this area was a double-edged sword. The many advantages attained by elimination of the slow and cumbersome muzzle-loading process were offset by the fact that the breechloaders all used proprietary ammunition and without that ammunition they were basically useless.

A very few gun makers of the era recognized and tried to remedy this disadvantage—Burnside cases could be reloaded and bullet molds and reloading blocks were provided. Some Ballads were equipped with both firing pins and nipples and fired cases could be modified to use loose powder and ball.

Edward Maynard took it a step further. His earliest carbines were supplied with what have become known as “stopper cases”. These were made in each of the five standard calibers—.35, .40, .50, .55 shot and .64 shot. The cases were equipped with leather thongs and clips and could be hung off a special ring on the breech 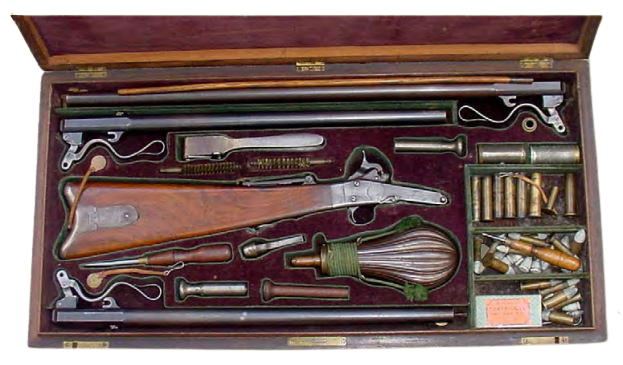 Fig. 3 – This cased First Model Maynard is one of the very few such sets produced. It found its way down South where it stayed until snatched up by a Yankee Corporal. 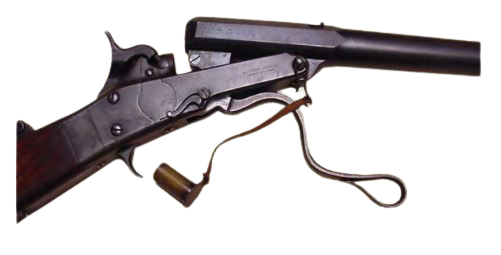 Fig. 4 – The action showing the leather thong and clip holding the “stopper” cartridge case in place. 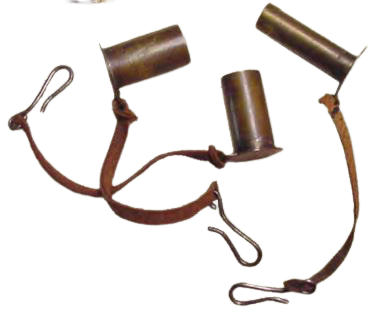 pivot. The cases could be loaded with gun powder and stoppered with a wad of grease. A loose bullet was loaded in the breech and you were ready to go. The case lengths were somewhat shorter than normal cases to avoid overloading.

Although these guns were fitted with Maynard’s own tape primers, they could also be fired using commonly available percussion caps.

Those two elements of versatility made the Maynard a favorite weapon.

It is not known how many triple-caliber cased Maynard sets were made. In Merrill Lindsay’s book, ONE HUNDRED GREAT GUNS, an identical set is shown- it was Maynard’s personal gun. In an attempt to secure business in the Southern market several similar casings were provided to prominent notables including Wade Hampton of South Carolina, Senator Robert Toombs of Georgia and U. S. Vice President John Breckenridge of Kentucky—all of whom went on to become Confederate Generals. It is tempting to speculate whether the set shown in this article might have belonged to one of the above. 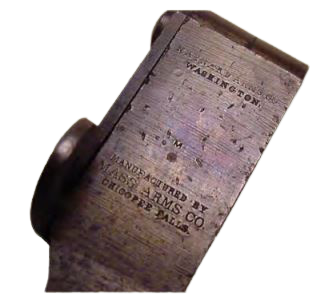 Fig. 6 – The bullet mold is marked with both the Maynard firms name and that of the maker, Mass. Arms Co. 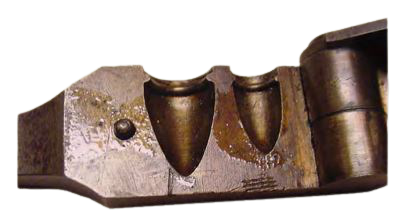 Fig. 7 – Casting sporting type bullets for both the .35 and .50 caliber configurations. Military rounds had squared-off noses. 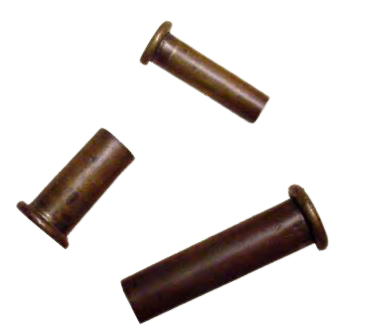 Fig. 8 – One of the curious accoutrements included in Maynard cased sets are the “chamber protectors”, designed to prevent damage to the chambers while cleaning the barrels. 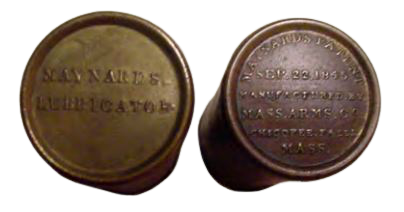 The story of how this set was initially acquired during the Civil War is a part of the lore of the family of George Morton Brown, a Union soldier who served with 1st Illinois Light Artillery and later became a Corporal in the 15th Army Corps where he served until August of 1864.

“At the close of the Civil War, Cpl. Brown was on his way home to be mustered out of the Army. He was traveling upriver by steamboat and expected to be mustered out as he left the boat. He had a problem. Along the way, possibly by appropriation or by trade, he had acquired a rather bulky prize. He was well aware that if his prize was exposed, it would have been confiscated by some senior officer. He had to get it off the boat secretly. His plan to roll it up in a blanket and pay a porter to take it ashore apparently worked, as he was able to reconnect once ashore and managed to get the set safely back to his home in Ohio.”

W. H. Brown was the son of Cpl. George Morton Brown and August 18th 1884 was his 14th birthday and the set was obviously his gift.. The gun remained in the Brown family until after W.H.Brown’s death in 1961.

First Model Maynard were very popular with Confederate forces. In December of 1860 the two Senators from Mississippi, Jefferson Davis and John Thompson contracted with Maynard for 800 carbines—325 were to be .50 caliber with 20 inch barrels, 175 were to have 26 inch barrels. The balance of 300 was to be in .35 caliber. 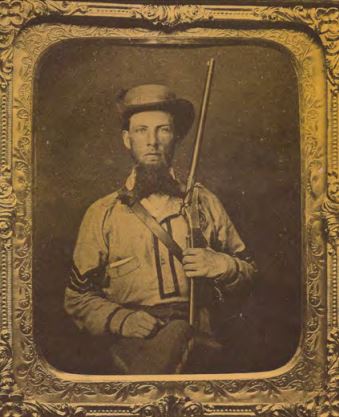 Fig. 10 – A Confederate soldier with his Maynard, note that the leather-thonged “stopper” is in place.

The next day the State of Florida ordered one thousand .35 caliber carbines. An additional 650 Maynard’s were purchased by the State of Georgia—620 with 20 inch barrels, 30 with 26 inch barrels, all in .50 caliber. John D. McAulay’s book, CIVIL WAR CARBINES – VOLUME 2 provides details on these procurements and the disposition to troops for those of you who are interested.

The Confederate Field Manual of 1862 makes several mentions of the Maynard Carbine:

“Maynard’s Carbine has a fixed chamber. There are two calibers in our service. Large size, caliber .52 inch. Small size, caliber .36 inch. Maynard’s primer, attached to this carbine, contains 60 primers in a row, on a tape or ribbon of paper. A primer is moved under the hammer by the act of cocking. The charge is enclosed in a cylinder of brass.” (page 53)

Under the heading “Ammunition for Small Arms” (page 74): 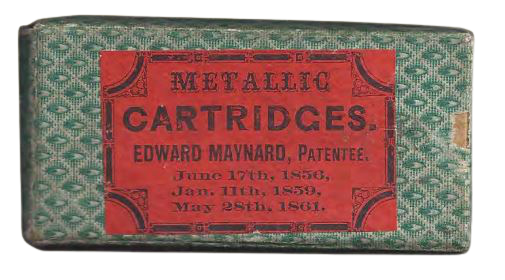 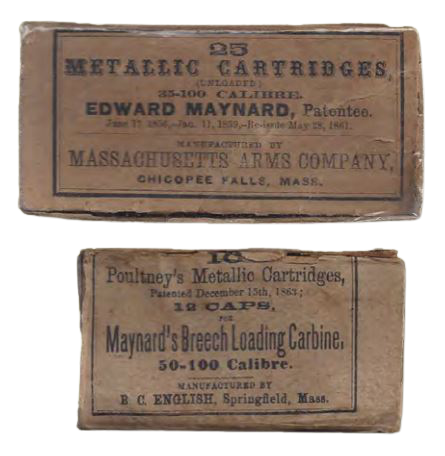 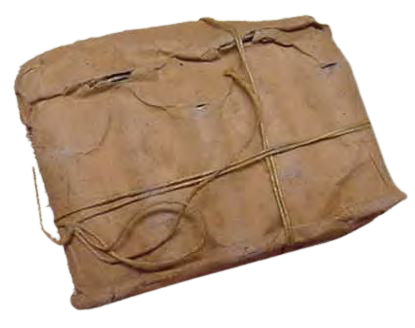 Fig. 13 – Fifty caliber military rounds were supplied to troops in these unlabeled packets of ten with twelve standard percussion caps. 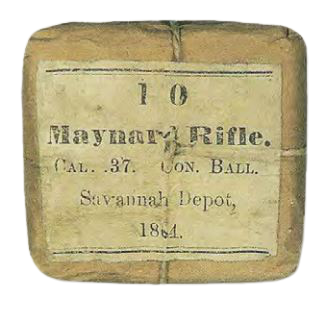 Fig. 14 – Cartridges for .35 caliber Maynards were produced at the Savannah Depot 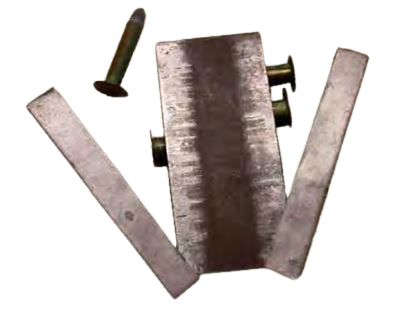 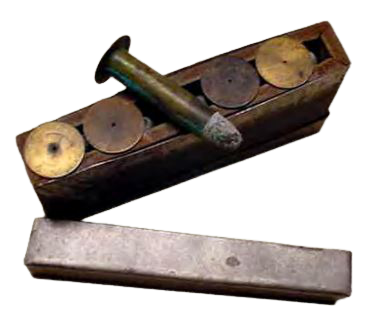 Fig. 16 – The box was double sided with five rounds on each side.