Pinfire revolvers have never really captured the fancy of American collectors. While they may not have the romance of the early West and frontier they are interesting and historic - what’s more they did play a significant role in the Civil War. They also exist in almost infinite variety and very high quality pieces can still be found at very reasonable prices. Most were made in 5mm, 7mm, 9mm and 12mm calibers, a very few were made in 15mm. Collecting pinfire cartridges, either loose or in boxes, is an interesting and separately challenging offshoot. 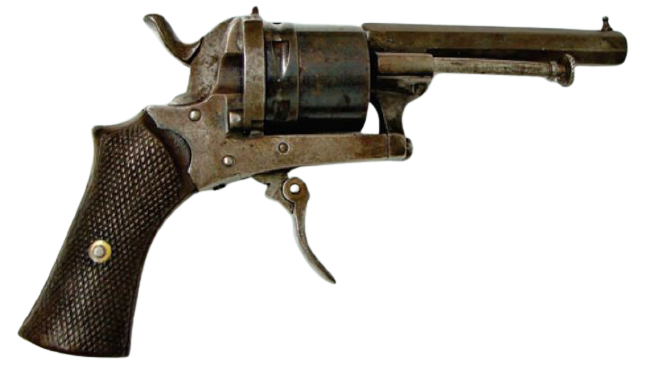 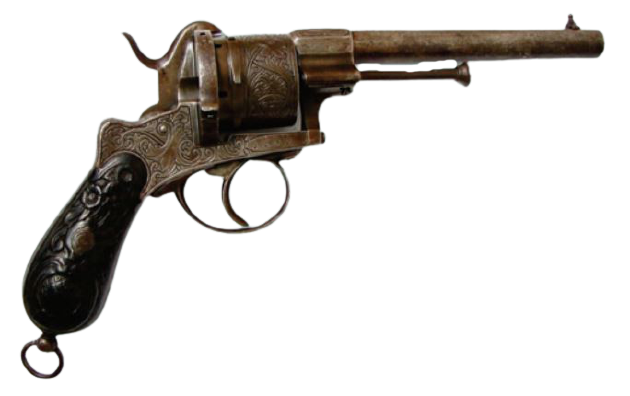 Figure 2- An engraved Liege, Belgian gun with “bag” grips - Notice the variation in grip styles among those illustrated 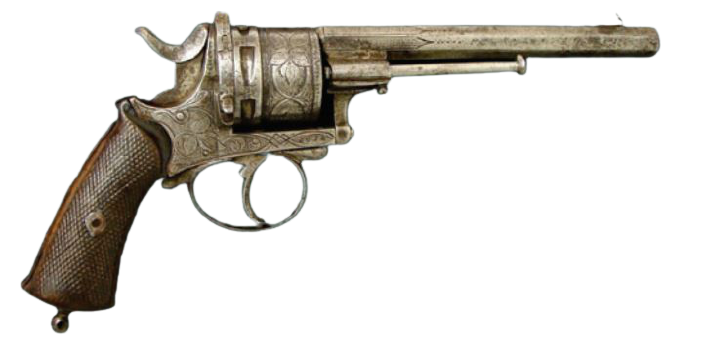 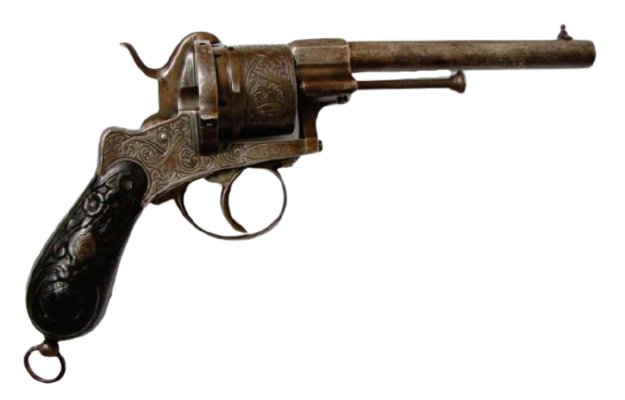 Figure 4- A fancier version made in Liege, this one 7mm 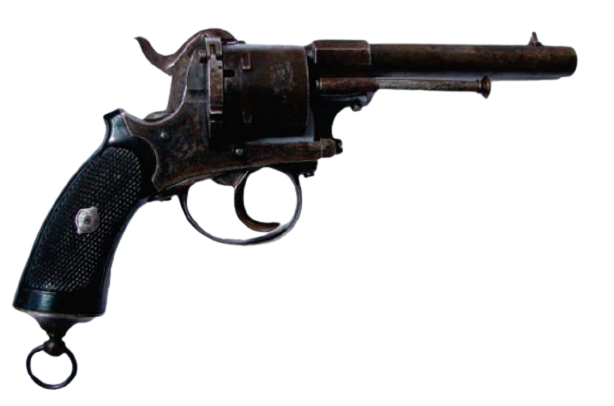 Figure 5- A military style in 12mm 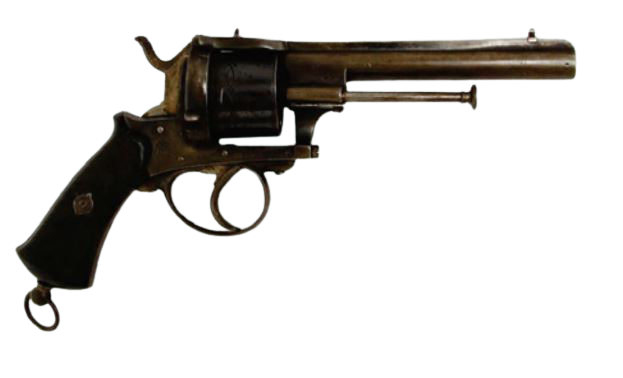 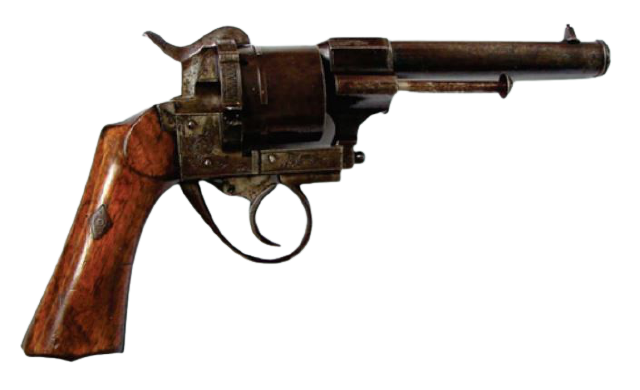 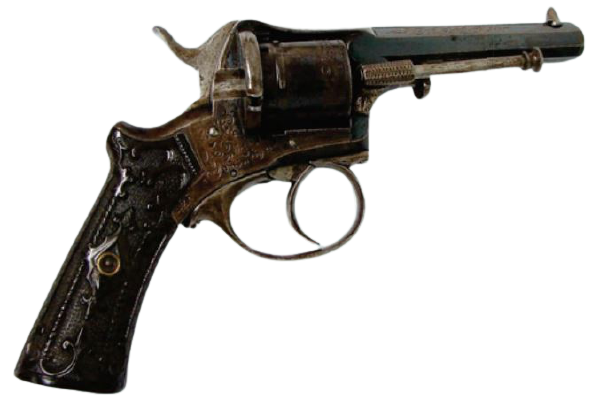 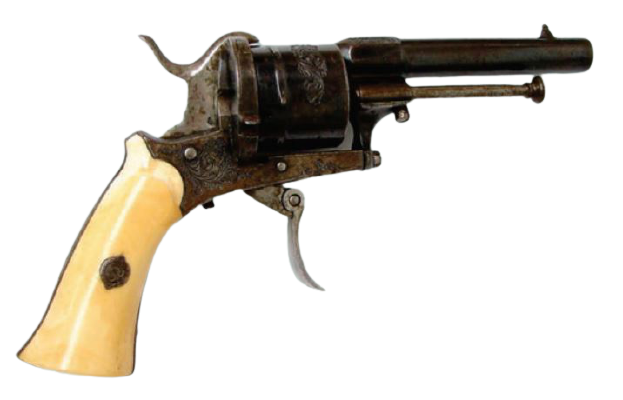 Figure 9- A folding trigger design with ivory grips from Liege 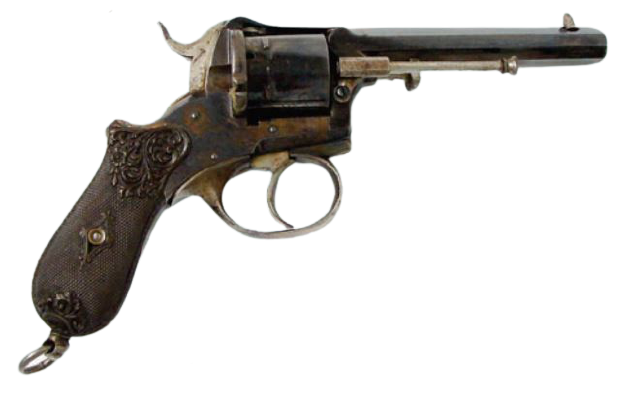 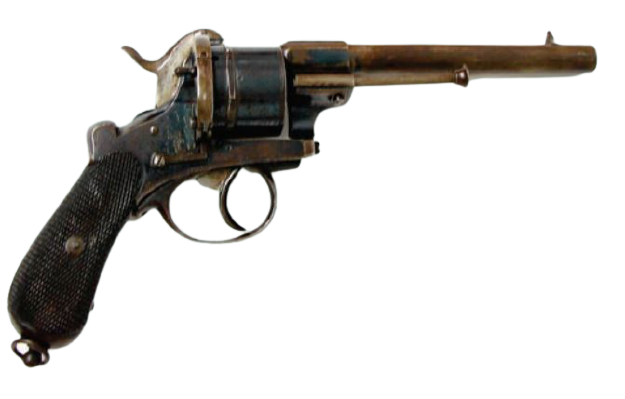 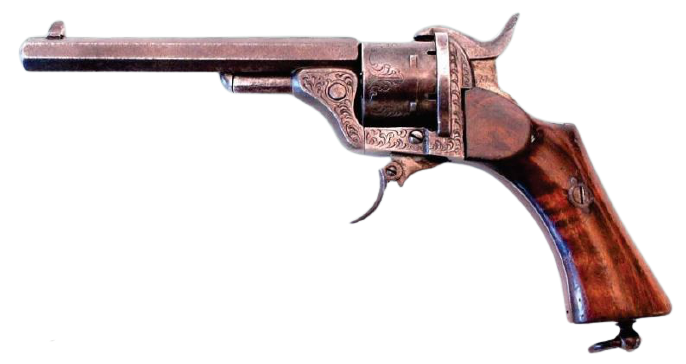 Figure 12- A much different profile on this Belgian gun 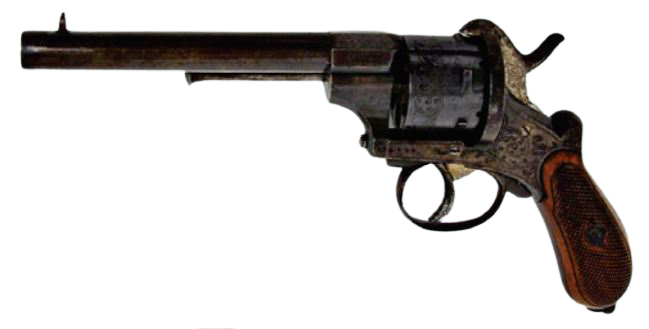 Figure 13- A rather large and bulky military style in 12mm 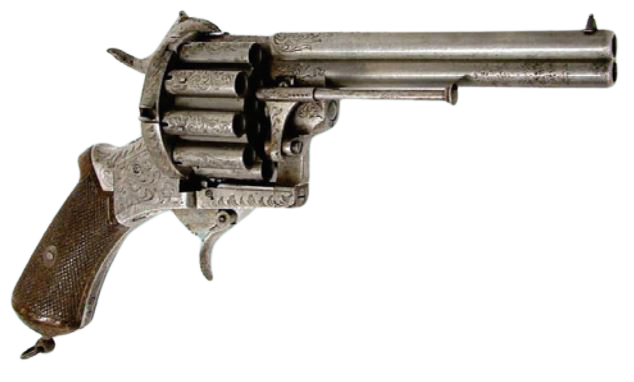 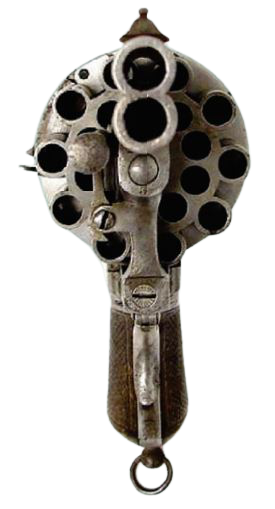 Figure 15- The cylinder of the 20 shot piece, notice the underbarrel for the inner series of chambers. 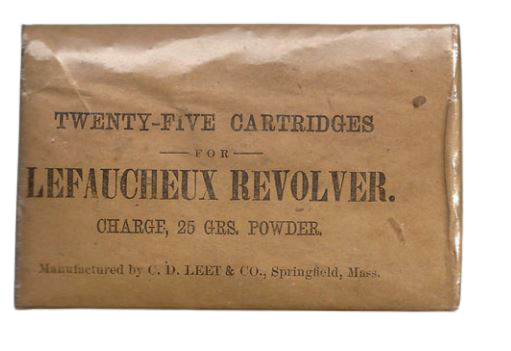 Figure 16 - A rare packet of cartridges made in the US for use with the LeFaucheux pinfire revolver which was heavily imported during the Civil War.