IN A WORLD WHERE COLLECTIBLE ARMS CAN REACH SIX FIGURES IN VALUE THERE ARE, BELIEVE IT OR NOT, AREAS OF COLLECTING THAT ARE STILL AFFORDABLE. THIS COLUMN WILL REGULARLY FEATURE AREAS OF SPECIALIZATION THAT ARE INEXPENSIVE, FUN, CHALLENGING AND HIGHLY REWARDING IN COLLECTOR SATISFACTION.

Boxlock pistols are available in enormous variety. they are, from a mechanical point of view, the simplest of handguns and can be found at nearly any gun show, gun shop or on-line auction company. Many are of poor quality and not worth bothering with but there are some very high quality pieces available at very reasonable prices.

Oen they were sold in pairs, both in percussion and flintlock. Most frequently they are single-barreled but double and multiple barrel versions can also be found (see Rigby article in this issue). Calibers vary considerably from very small to very large.

Many have screw-on barrels to facilitate loading without a ramrod. Most were made in Belgium, France and other European countries. American made box locks usually bring a premium price.

they are well worthwhile to collect as long as you stick to high quality/condition specimens.

Fig. 2 - A crude pistol in well-worn condition- best to avoid these as they have little value or interest.

Fig. 3 - An unusually long barreled London pistol. On the lower end of collectability 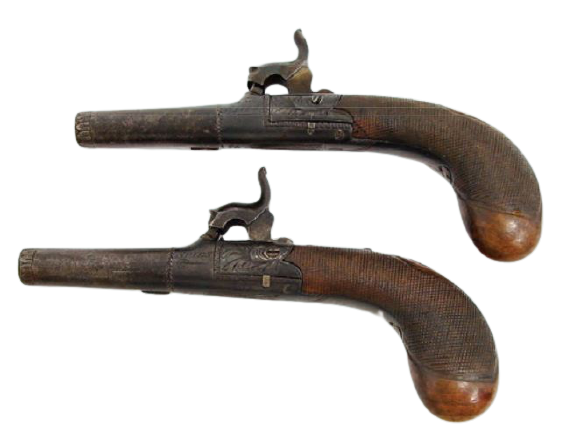 Fig. 4 - A nicely made pair of Belgian pistols with turn-o barrels, note the stud under the barrels for use with a turn-o wrench. 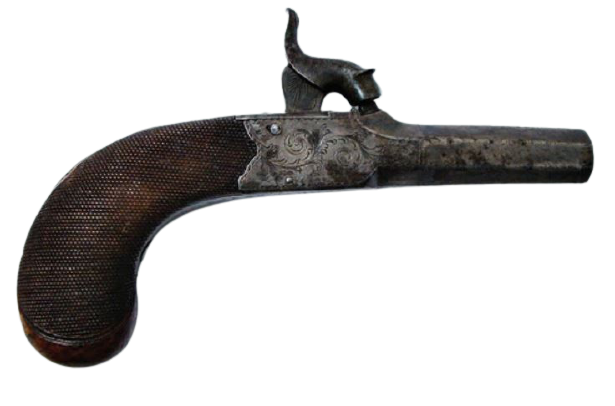 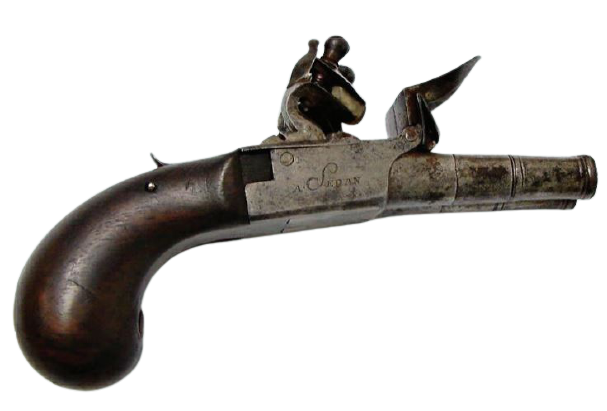 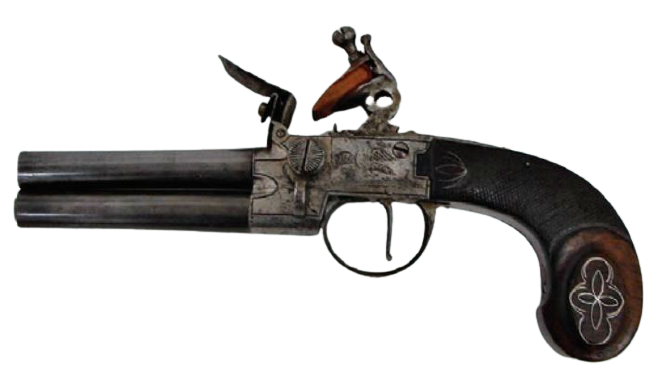 Fig. 7 - An over and under flintlock pistol. Note the selector lever on the side to choose between barrels. 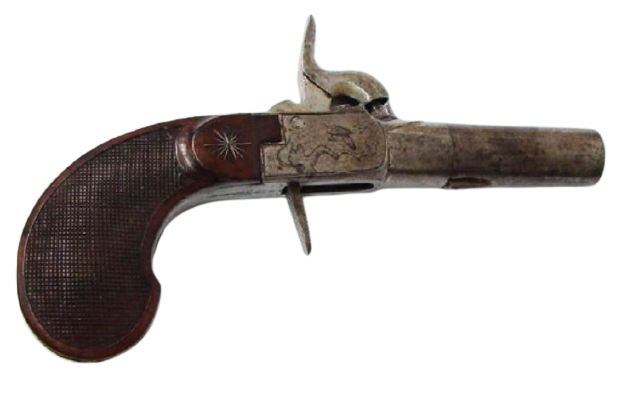 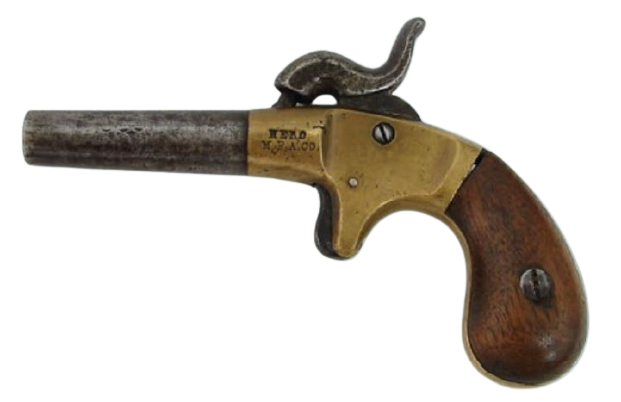 Fig. 9 - Although rather crude, this American made pistol is very collectable.

Fig. 10 - A Japanese box lock, Japanese pistols used a lot of brass, even in some springs. 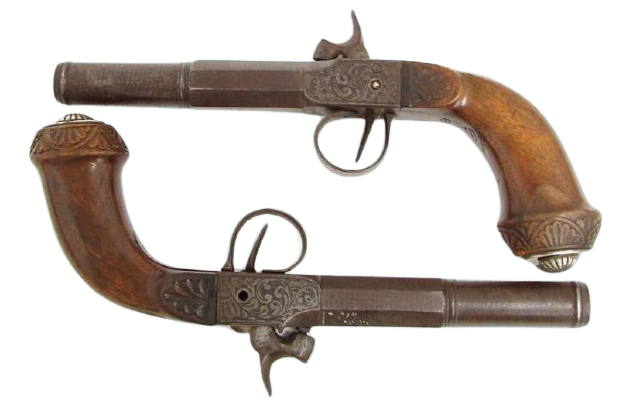 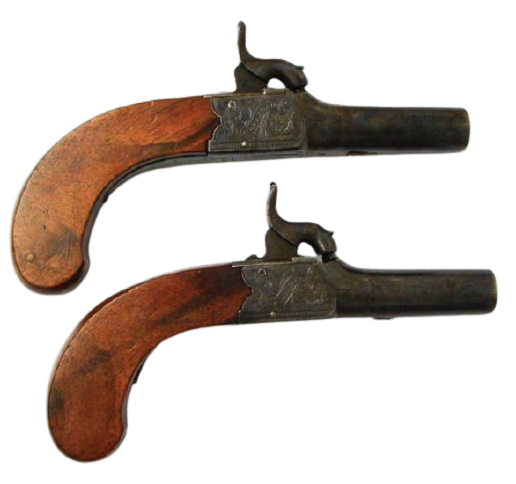 Fig. 12 - Although simple, the condition makes these a nice, collectable set. 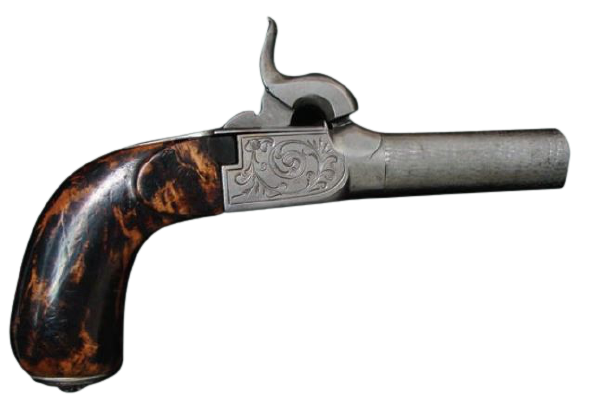