by Mark Anniballi and Steve Cole 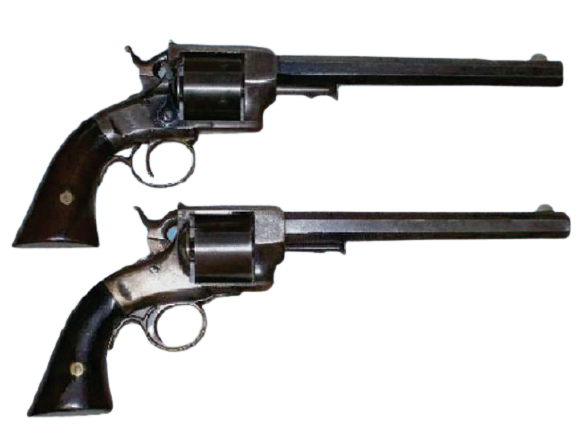 The Prescott "Navy" revolver was made in 38 caliber and fired a metallic rimfire cartridge. E.A. Prescott manufactured this Navy model in the years 1861 through 1863 and common belief is that a few hundred were made. Based on known serial numbers the total production may be as limited as 700.

One of the very few early revolvers manufactured to fire metallic cartridges, the standard Prescott Navy revolver was made with both silver plated brass frames and blued iron frames. The grips were made of walnut. Standard octagonal barrels were approximately 7.5 inches in length (varying slightly) but barrels have been found in 6.5 and 8.5 inch lengths. The top of

During our collecting careers we have purchased several interesting handguns. None more interesting than two Prescott Navy revolvers that are inscribed with the names of the individual officers who carried them.

The first handgun is a Prescott Iron Frame Navy revolver #628 with what appears to be a factory/ tool room experimental loading gate. This Prescott retains perhaps 40-50% blue and is inscribed on the back strap: "Lt. Tho's. Earle, Co., A, 25th Reg't. Mass V." The butt strap is inscribed: "June 9th, 1862." It was accompanied by a period flap holster that has Earle's name faintly stenciled inside the flap. The superb workmanship involved in adding a loading gate to this revolver is clearly evident, and strongly indicates that the work was done at the Prescott factory. Believing it rare to find a tool room or experimental gun used as a presentation piece the revolver was carefully examined and purchased. 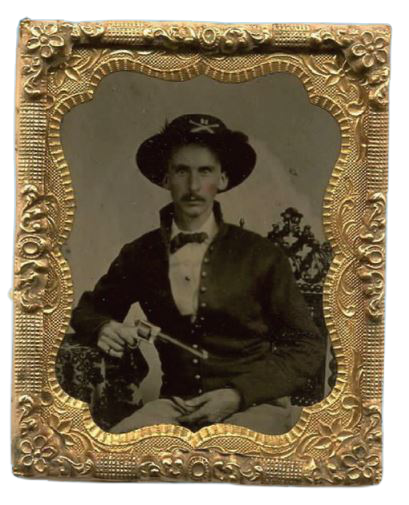 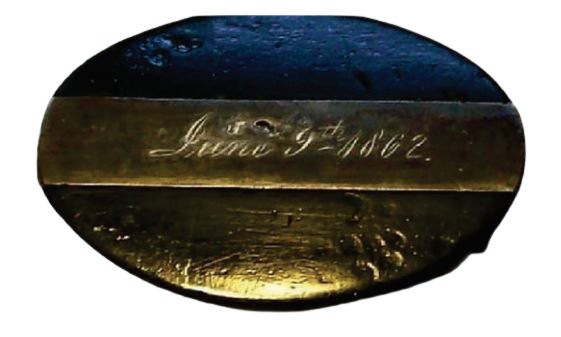 Research on Lt. Thomas Earle (1823-71) revealed that Earle owned a lumber business in Worcester and was 38 years old at the time the War Between the States broke out. Having a lumber business would mean that Earle would be involved in supplying wood for everything from home building products to railroad ties. It is quite possible that Earle supplied E.A. Prescott with fine quality wood for the grips found on the Prescott lines of revolvers. His pre-war business exploits probably made Earle somewhat influential in Worcester. Married with four children Earle enlisted on 9-14-1861 and was mustered into Company A, Mass 25th Infantry as a Private. After a few short months of service Earle was sent home on furlough where, for about a month, he performed recruiting duties.

While in Massachusetts Earle was promoted to 2nd Lieutenant on March 20, 1862 but his actual muster date is not known (possibly the date June 9, 1862 inscribed on the butt of his revolver). Earle skipped the ranks of Corporal and Sergeant which was not an uncommon practice for Militia Units. 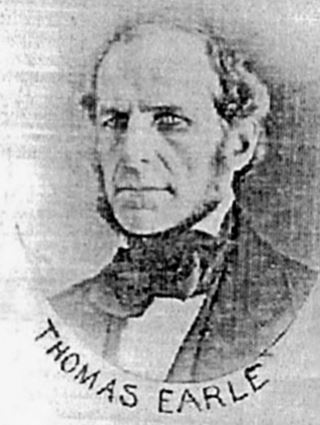 The Story of Company A, 25th Reg't Mass. Vols., written by S.H. Putnam, a soldier who served with Thomas Earle, provides a fascinating unit history wherein the author mentioned Earle by name citing: "Some months before, just after the Battle of Roanoke, Comrade Thomas Earle, somewhat to the surprise of the other members, left the Company on a furlough, and went back to Massachusetts; and great was the astonishment when, after the Battle of New Bern, he returned a lieutenant in the same company he had left thirty days before as a private soldier. It was rather galling to the rest, but queer things happen in the army frequently. It would seem almost as a rule that commissions were not won in the field, but obtained through influence at home. Lieutenant Earle resigned -- a privilege officers have; privates, if I remember rightly, do not have that privilege -- and this brought about other changes in the Company." So Earle apparently had someone pull some strings to get him out of harm's way. Thomas Earle passed at the age of 48 and it was reported that he died in an insane asylum in Worcester, MA. Mention was made of his service during the War (procuring enlistments) and of his being a member of the Society of Friends (Quakers) so his religious beliefs may have prompted prominent friends to assist him in his rapid rise in rank and his nearly immediate resignation from service after being promoted.

The second revolver that is a subject of this article is a Prescott Brass Frame Navy #185. This Prescott has a silver plated brass frame with nearly 80% of its tarnished silver plate present, 30% of its barrel blue intact, standard 7.5 inch barrel and walnut grips. The top strap of the revolver has a very interesting inscription, it reads: "Col. Geo. S. Greene" above "60th Regt. N.Y.S.V." 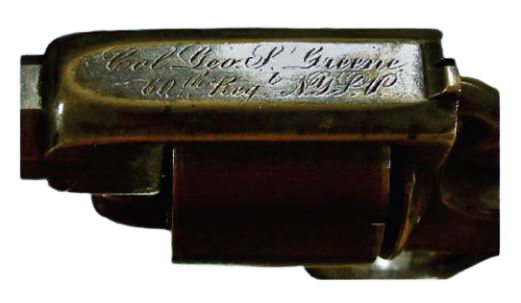 George Sears Greene (1801 - 1899) was a Rhode Island native who was an 1823 graduate of the U.S. Military Academy at West Point. He finished second in his class of 35 cadets. Greene stayed in the Service until 1836 teaching for a time at West Point as an assistant professor of mathematics and assistant professor of engineering. Among the many students he taught was none other than Robert E. Lee. Greene spent 13 years in the Service rising to the rank of 1st Lieutenant. In 1836 Greene resigned his commission and for the next twenty five years was in private practice as a civil engineer, with his last project being the aqueduct in New York City's Central Park.

At the outset of the Civil War in 1861 Greene was 60 years old. After nearly a full year of conflict Greene was offered and accepted an appointment as Colonel of the 60th New York Infantry Regiment. This appointment was tendered by New York Governor Edwin D. Morgan and executed on January 18, 1862. Shortly after mustering into service, on April 28, 1862 at the age of 61 Greene was promoted to the rank of Brigadier General. 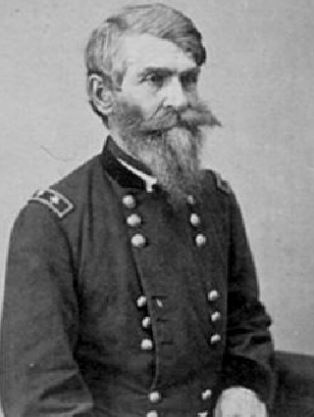 Officers were normally required to supply their own sidearms. Whether privately purchased by Greene or presented to him his Prescott was inscribed with his new rank of colonel, his name and unit designator. What is particularly interesting about Greene's acquisition is the short time period (from January 18, 1862 to April 28, 1862) in which he held the rank of colonel, and that his Prescott had to have been purchased and inscribed during that brief three month period. The only company that distributed the Prescott line of handguns was the previously mentioned firm of Merwin & Bray located at 132 Broadway. It would appear that Greene's Prescott Navy revolver came to him through Merwin & Bray.

Greene and his New Yorkers fought in several engagements during the years 1862 - 1863 including the Battle of Cedar Mountain, the Battle of Antietam and the Battle of Chancellorsville. The experience gained during these conflicts undoubtedly led Greene to perhaps his greatest if nearly forgotten success on an often quiet hill in Pennsylvania. As Brigadier General he led the 60th NY (along with the 78th NY, 102nd NY, 137th NY and 149th NY) on Culp’s Hill the second day at the Battle of Gettysburg. Greene was left in charge of a brigade that was forced to stretch its line one man deep in order to protect the Union's extreme right flank. Greene had ordered construction of breast works earlier in the day so on July 2nd his lone brigade, fighting from cover, successfully staved off several Confederate attacks by forces reported to be three times its size. Greene and his New Yorkers were credited with saving the Union's right flank but due to a conflict between General Meade and General Slocum regarding their official reports Greene's contribution to this critical part of the Battle of Gettysburg was never favorably documented. If you walk the grounds on Culp's Hill you will come upon a statue of General George S. Greene commemorated his actions during the Gettysburg battle.

General Greene continued to command the 60th NY and his unit was transferred to the Western Theater. At the Battle of Wauhatchie (TN) on October 28-29, 1863, during a surprise night attack by Confederate forces, Greene was wounded in the jaw having some teeth shot away. Attempts at corrective surgery were unsuccessful and Greene suffered from the effects of his wound for the remainder of his life. Greene spent six weeks recovering from this wound and was then assigned to court martial duty until January of 1865. Greene briefly returned to active duty in North Carolina, was promoted to Major General by brevet on March 13, 1865 and served until the end of the War.

So there we have the brief account of two original owners and their Prescott Navy revolvers. We in this hobby always say "if this gun could only talk." Well in the case of Prescotts #628 and #185 their inscriptions spoke volumes and sent us on a path to find who these men were.

Lt. Thomas Earle who at age 38 can only be described as a pre war merchant, used the War Between the States as an opportunity for self promotion. Earle appears to have never led any soldiers in either drill or battle, and over the many decades since the end of the War he has long been forgotten.

Conversely, Col. George Greene, at the age of 61, selflessly committed himself to the cause of keeping the States unified. Unfortunately, George Greene has been somewhat overshadowed by other officers who were reported on more favorably by their superiors. Using tactics similar to those employed by Joshua Chamberlain on the Union left at Little Round Top, General Greene had his men on Culp's Hill use the natural terrain to their advantage. Greene successfully fought from cover showing devotion for both his mission and his men, alas his successes are seldom mentioned. When Greene passed in 1899 he was buried in Warwick, Rhode Island. A boulder from Culp's Hill was obtained by his family and placed above his grave marker. 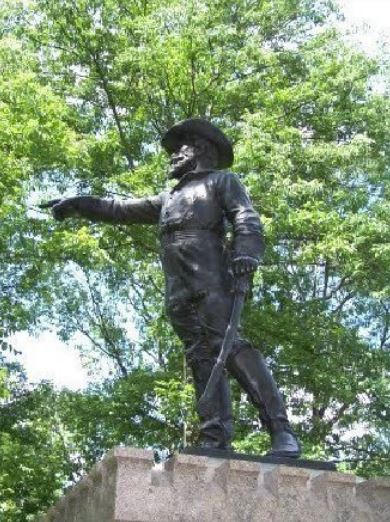