The Ancestor To Your Modern Handgun 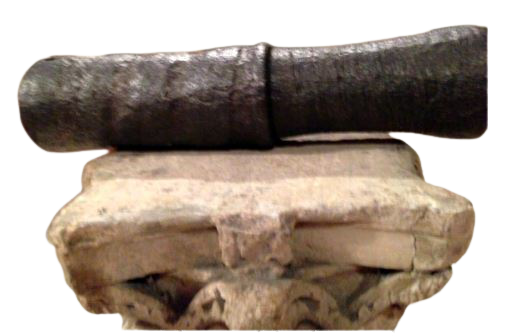 Description: Made in tubular form with a gently constricted breech. A hollowed powder-pan in front of the low moulding that forms the junction of the breech with the remainder of the barrel is pierced with a circular vent. A later square hole has been pierced at the muzzle.

The barrel is in excavated condition, with overall pitting. As a result of corrosion, it can be seen that the barrel is formed of a spiral of wrought iron bars united by hammer-welding under intense heat.

The barrel described above can be identified, from its short, relatively stout proportions, as an early example of its kind.

The earliest unequivocal evidence for the existence of guns dates from 1326 when the Council of Florence passed a decree authorising the appointment of two men to make metal cannon (canones de metallo) for the defence of the Republic ( C. Blair, European and American Arms, London, 1962, p. 37; and H. L. Blackmore, Guns and Rifles of the World, London, 1965, p. 4). 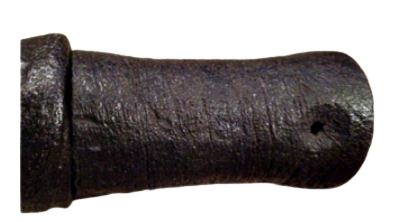 Figure 2 - Another view of the piece shown in Figure 2 showing the pan and touch hole.(authors collection) 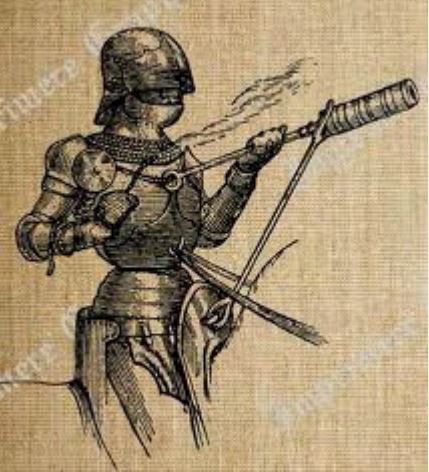 Figure 3 - A rather fanciful image of an armored horse man using a hand cannon.

Figure 4 - A modern reproduction showing how the hand cannon might have been mounted.

What is generally regarded as the earliest surviving handcannon is one of bronze in the National Historical Museum, Stockholm, Inv. No. 2891, found at Loshult (Skåne), Sweden, in 1861.

The barrel under discussion must have been secured to its stock by means of iron bands. It almost certainly post-dates the vase shaped Loshult example, probably. 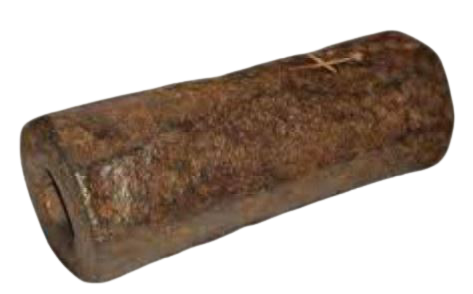 Figure 5 - Another early piece, this one forged around a mandrel.

made in the first half of the 14th century, but is unlikely, from its short length, to have been made after the first quarter of the 15th century. It comes closest in form, and is therefore likely to be contemporary with that of the gun at Bern which is thought to date from the late 14th century.