We all make mistakes. We’re only human, after all. We are especially mistake-prone when we try to do something for the first time, but mistakes still happen when we are doing something we’ve done many times before, even when we’ve gone to great efforts to avoid them. This was true with the Colt Patent Firearms Company when they marked serial numbers on their percussion-period revolvers. Overstruck numbers and even up-side-down numbers are common, but this article is about a different kind of mistake and one that is much harder to detect, duplicated serial numbers.

For the last ten years I’ve been working on a book about the Colt Model 1860 Army revolver. This research included several trips to the Colt factory to study the shipping ledgers and early on I noted many serial numbers that were duplicated in the records. In a few cases these could be explained by the fact that guns would sometimes be shipped first to one dealer (or to Colt’s New York City agency), be returned, and then at some later date they were shipped again. Other duplicated numbers were most likely simple clerical errors. But before I began this effort I noted a beautiful, engraved Model 1851 Navy revolver illustrated as the centerfold of “Man At Arms” magazine. The pistol was so exceptional that it had won an NRA silver medal, at least in part for its extraordinary condition and ornamentation, but, most likely, also for its apparent provenance. According to the factory letter on the pistol it was one of one hundred pistols shipped to J. R. Anderson, of Tredegar Iron Works in Richmond, Virginia, on February 6, 1861. I thought this odd for two reasons. First, a shipment of 100 engraved pistols would have been very unusual for that time and especially so to someone other than a Colt dealer. Second, the pistol appeared to have features that I thought were not introduced until months after the pistol was supposedly shipped. So on one of my trips to the factory I checked the shipping ledger and found the number to be clearly there in the Anderson shipment, but the entry in the book made no mention of any of the 100 revolvers being 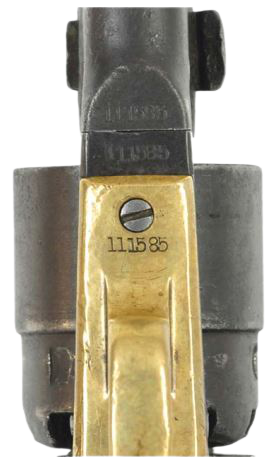 Figure - 2 As can be seen here, the serial numbers of the Merz pistol have not been modified. (Photo courtesy Leroy Merz and Rick Ruen)

engraved. Given my time with the records was very limited and the fact that I was not there to work on Model 1851 revolvers, I sat the question aside and Model 1860 Army Revolvers with Duplicated Serial Numbers By Charles Pate Figure - 1 Serial number 111585 is a standard U.S. Army contract pistol shipped on April 18, 1863 to the New York Arsenal. (Photo courtesy Leroy Merz and Rick Ruen) Figure - 2 As can be seen here, the serial numbers of the Merz pistol have not been modified. (Photo courtesy Leroy Merz and Rick Ruen) went on with my research. But subsequently another reader of the magazine reported that he owned a standard production pistol with the same serial number and the photos of it that he provided showed it to be in fine, original condition. Clearly, this was the pistol shipped to J. R. Anderson but the serial number was somehow duplicated with the engraved revolver.

I soon ran into the same situation with Model 1860 revolvers. In reviewing works published earlier on the Model 1860 I found several engraved or otherwise decorated pistols that, according to the shipping records, had been shipped to the U.S. Army as regular military revolvers. The decoration appeared to be factory engraving, so the authors of these works sometimes speculated that the military pistols had probably been returned to the factory by later owners who wanted them to be engraved. My primary focus in this book effort was on the military aspects of the Model 1860’s history and I thought this scenario was quite unlikely, especially when the number of these anomalies began to mount up. It has not been possible for me to try to find all possible instances of decorated revolvers with duplicated serial numbers, but to date I have found twelve in the records. In other words, the pistols appear to be factory engraved but the guns in the shipping records were military contract revolvers. That number of apparently duplicated serial numbers was certainly significant, however, finding them in the records was one thing and finding the actual pistols, which would prove the numbers were actually duplicated, was far more difficult. 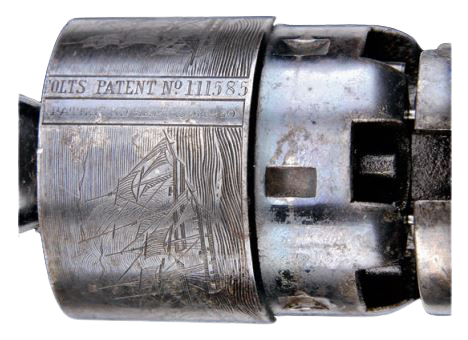 After searching for several years, including collecting data on several thousand revolvers, I finally found two sets of two revolvers that shared a serial number. The first pair is in the 3000 serial number range but I was unable to personally examine the pistols or obtain photos of their serial numbers to assess their originality. One of these revolvers has an eight inch barrel while the other has a seven and a half inch barrel, which matches the shipping records. The second pair is in the 5000 serial number range and, again, I could not get photos of this pair to illustrate the phenomena in this article. I personally examined one of the second 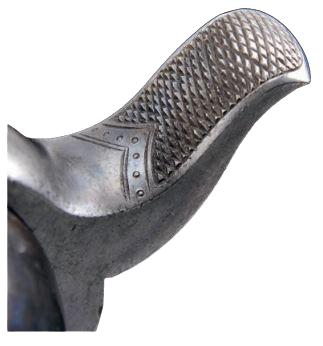 set of revolvers at a gun show and at the time didn’t know it had a duplicated serial number. It is a standard revolver shipped to the U.S. Army in the Ordnance Department’s first purchase of Model 1860 revolvers and is, in my opinion, in original condition. Collector 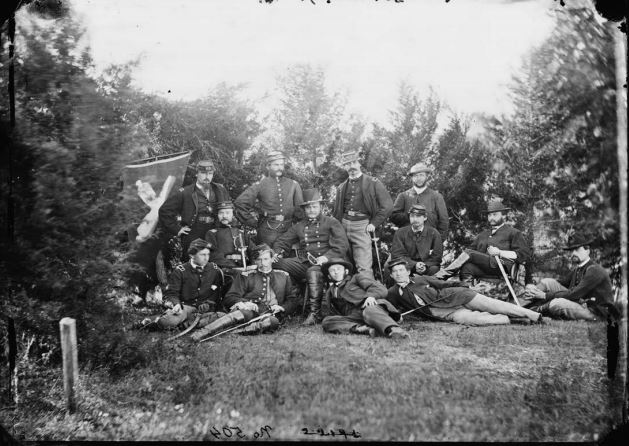 Figure -7 Gen Robert O Tyler, seated in the center, and his staff while he was in command of the Army of the Potomac Artillery Reserve. (Library of Congress, image 04010u)

Stan Middleton provided low resolution photos of the other, an engraved revolver with a fluted cylinder and ivory stock, and those photos were, again in my opinion, adequate to determine that the pistol was original. I was more fortunate with the pair illustrated here, both numbered 111585.

In looking for existing pistols on the Internet I visited dealer Leroy Merz’s website a few months ago and noted the first of the pistols shown here. When checking my database of surviving examples, I was happy to find that I already had the number recorded and, in fact, I had looked up the number at the factory, for the Merz pistol shares a serial number with a fairly well-known partner. The shipping records say that number 111585 was shipped to the U.S. Army’s New York Arsenal on April 18, 1863 and the information is appropriate for the Merz revolver. I haven’t found any additional information on what happened to the Merz revolver after its delivery, but, happily, we know more about the second revolver for its back strap is inscribed “Brig. Genl. R. O. Tyler'' over “From Colt's P.F.A. Mfg. Co.” In addition to its inscription this revolver has other special features, including a high polish finish and select stock, a checkered lever and hand-cut hammer spur, a border around the patent date mark on the cylinder, a hand-enhanced cylinder scene, and all 6 digits of the serial number are included on the cylinder instead of the usual last four digits. The company probably presented this revolver to Tyler in late-1863 but I could not find it in any of the Colt shipping or financial records.

Robert Ogdan Tyler was an 1853 graduate of West Point who apparently had Connecticut connections. He was only a 1st Lieutenant in the Regular Army when he was appointed as Colonel of the 4th Connecticut Volunteer Infantry in August 1861. In November of the next year he was promoted to brigadier general of Volunteers and subsequently held command positions at the brigade and division level. At the end of the war he was given a brevet to major general of Volunteers for gallantry at the battle of Colt Harbor, at which battle he was wounded. Tyler died at the young age of 42 and was buried in the Cedar Hill Cemetery in Hartford. 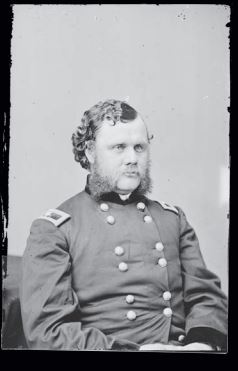 While the twelve Model 1860 revolvers mentioned above are all special in some way, the Colt records also include duplicated serial numbers where both revolvers were of the standard configuration. By the time I had finished my review of the shipping records I had noted a few standard Model 1860 entries that had “duplicate” written over the serial number. But in my last trip to the factory I also had a little time to look at Model 1851 records and noted the most impressive examples of duplicated serial numbers that I’ve seen. Page 295 of Book One, which covers 1861 shipments, has five duplicated Navy model serial numbers in the same box of 50 revolvers. That box also has four other numbers that are duplicated in another box in the same shipment. Even more surprising, page 72 of Book Two, which covers 1862, has eleven duplicated numbers in the same box of 50 Navy revolvers. In both of these cases the shipping clerk wrote a small “o” over the second instance of each duplicated number. So any Colt collector who likes serial number oddities certainly has a new field to explore, for there clearly are some pairs of revolvers sharing serial numbers out there waiting to be found.

I’d like to thank Leroy Merz and Rick Ruen for their photos of the standard version of number 111585 and James D. Julia, Auctioneers, for the photos of Gen. Tyler’s pistol.