MORE ON THE WALKER

MORE ON THE WALKER 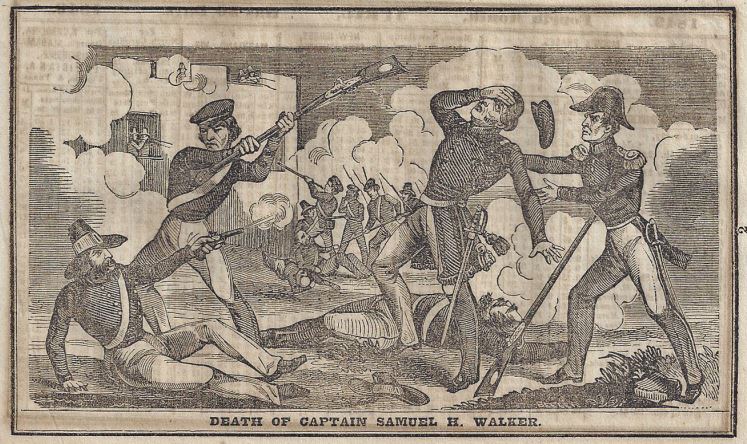 Is there anything to say about the Colt Walker? Possibly not, but several years ago I noticed something interesting and aer thinking about it, what I noticed made sense.

Several years ago, the Texas Gun Collectors Association hosted a very unique event. It was called “THE PARADE OF WALKERS”. Collectors from all over were invited to bring their Walkers to Houston for an extensive display and study session. It provided a unique opportunity to study and compare about 50 Walkers-- about 25% of the surviving guns. Virtually every condition was represented- from dug-ups to near mint specimens.

Among the things that were learned is that they were, in fact, serially numbered from 1 to 1000, starting with C Company No. 1 (serial number 1) and continuing through E Company No. 120 (serial number 1000). None of this was particularly new information but it gave confirmation that the serial numbers did meticulously track the company designations (the rst ones produced were Company C-- Walkers own company). e serial numbers are inconspicuously located on the back of the cylinder between the nipples. (see Figure 3), 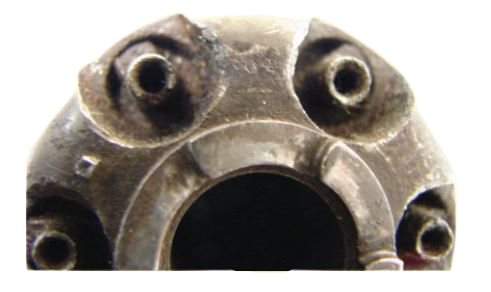 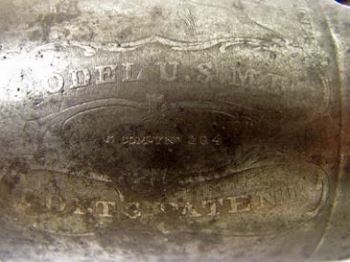 Figure 4- e Company marking on the gun whose cylinder is shown in Figure 3.

Why are there so many Walkers with un-numbered cylinders?

Here’s what we believe happened. It is a well-known fact that approximately 300 Walkers failed during test rings, most with blown out cylinders. Heavy proof charges and uncertain metallurgy were the culprits. Since, in order to be accepted by the Ordnance Depot in New York, all guns had to pass inspection including test rings with those extremely heavy loads. And since all 1000 military Walkers were ultimately accepted, it stands to reason that those with cylinders that blew out during testing had to have had those cylinders replaced and be reproofed. It is unlikely that the replacement cylinders were returned for serializing or to have Company markings re-applied since those markings already appear in several other locations on each gun.

On 24 August 1847, omas Warner, Eli Whitney’s Shop Superintendent, wrote Sam Colt that “the Inspectors are making great havoc with the cylinders-- they burst a great many of them”

It was no wonder-- testing involved packing as much black rice powder into each chamber of the cylinder behind the heavy conical bullet and ring each of the chambers. If any parts failed they were replaced and the test repeated until each gun had nally passed. At this point the gun was disassembled and inspected and stamped with Nahum Patch’s cartouche (NWP) on the right grip and William A. Ornton's cartouche WAT) on the right grip.

A little-known Walker fact is that the frames were also numbered, though not in the same manner as the cylinders. Between the locating pins on the frame there is a number. this number corresponds to the Company number in each of the ve Companies. See Figure 5. In this case, the gure “8” corresponds to the “8” in D Company No. 8 rather than the number “668” which would be found on the cylinder. 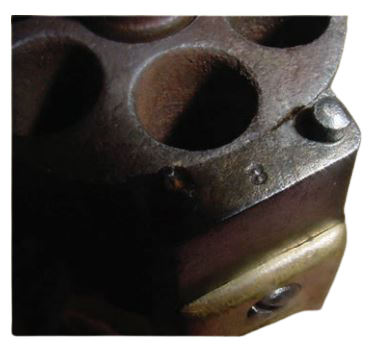 Figure 5- e number on the front of the frame for Walker D Company No. 8 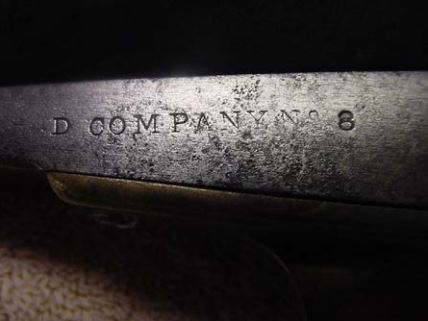 Figure 6- e frame marking for Walker D Company No. 8 whose frame is shown in Figure 5

The Fate of Many Walkers

Displayed during the course of the "PARADE OF WALKERS" were several guns that exhibited the rigors of use and storage over the more than a century and a half since they were turned loose during the War with Mexico. At last count, about 212 Walkers have been documented to exist and their numbers recorded. It is probable that there are still a few out there but beware, some very good fakes exist.

We felt it might be of interest to show the effects of that usage as depicted in the following photographs.

Figure 7 - D Company No. 13- e simplest and most common modification was to improve the loading lever latch

Figure 9 - B Company No. 23 - e entire barrel assembly has been replaced.

Figure 10 - C Company No. 215 - An articulated link has been added to the modified loading plunger 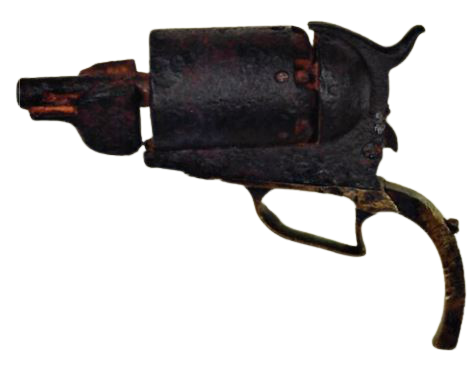 Figure 13 - A Company No. 14- e barrel on this gun has been slightly shortened

Figure 14 - A Company No. 30 - is is what was found highly modified, single shot Walker but still a Walker

Figure 15 - A Company No. 30 - Here is the amazing total restoration of the gun shown in Figure 14