This Bowie Knife (figure 1) is maker marked Corsan Denton Burdekin & Co. likely having been made prior to or shortly after the commencement of the Mexican American war (1846). It also has a cartouche, reading “Republica Mexicana”. The stamping would suggest that California is still a part of or a republic of Mexico. I have always thought that Corsan Denton Burdekin knives were early, being mid 1840’s to early 1850’s. 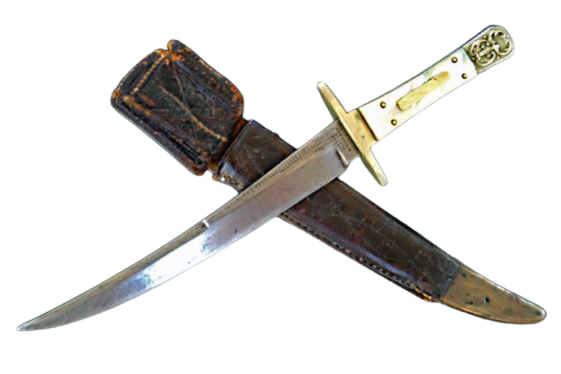 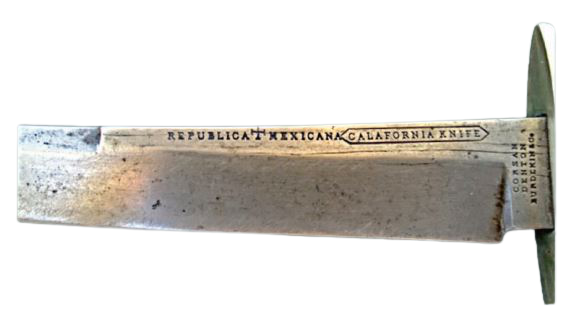 The markings on this knife would support that, along with to whom California owed allegiance (at least perceived). This Bowie Knife is a nice early piece with pearl scales and a Mexican style upswept full blade. I can imagine a real Jim Dandy wielding this gem, tough as nails and proper. Similar to Jim Bowie he probably had affection for black haired full figured senoritas!

Notice in figure 2 that California is spelled CALIFORNIA. The stampings on this knife likely have other meanings, that which need further research from my behalf. Likely this Bowie was meant for that person loyal to Mexico and residing in California. The 1840’s produced some great early knives from Sheffield. Ciphering and stamping was common in that period and created to help market the knives coming out of Sheffield. The Sheffield cutlers marketed their products with slogans and sayings of the time to capitalize on sentiment, wars and anything that was newsworthy of the day, to improve sales. I’m sure that they found a market for this one, as it is still being traded today at a pretty penny. However it was short lived due to America winning the Mexican/American war. Hence probably why there are so few knives similar to this one. Figures 3 & 4 show remaining views of the knife.

Figure 5 depicts a folding knife with cyphers and stampings decorating all metal parts of the knife. Note that the escutcheon sports the name “General Taylor”. Figure 6 shows blades embellished with cyphers of horse and riders with guns raised chasing a deer. It also has General Scott Victorious 1847 (figure 7), referring to the battle of Padierna, which he won, along with a handful of other important victories! General Taylor on verso of the pommel of the knife signifies the decisive leadership and the US military might and shrewd strategies in the Mexican American war. General Taylor & Scott were true war heroes of the day. This is an extremely rare knife by George Wostenholm.

The 1840’s were a tumultuous time for North America and other Countries trying to establish dominance in the new World. It always interests this author as to how something as simple as a knife gives us a window to the past through the manufacturers marketing strategies (cyphers, stampings and cartouches) and products produced to fuel the progress. Enjoy! 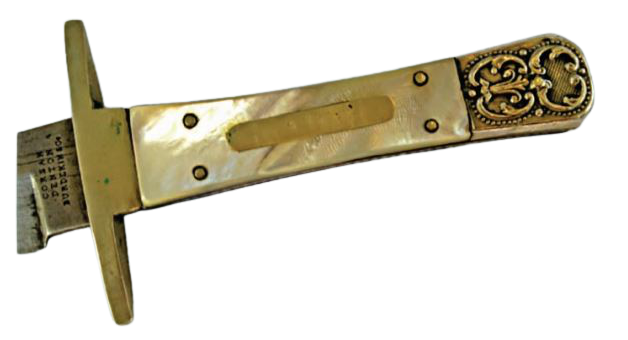 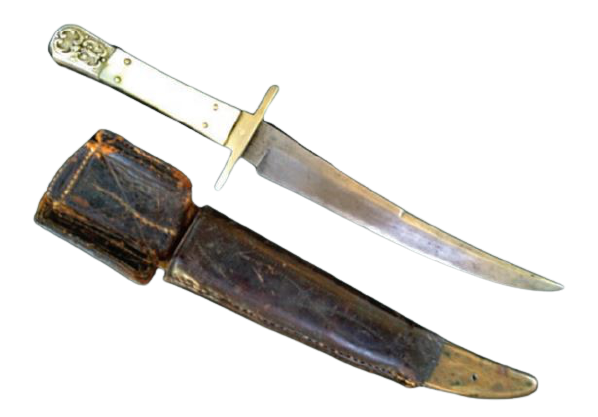 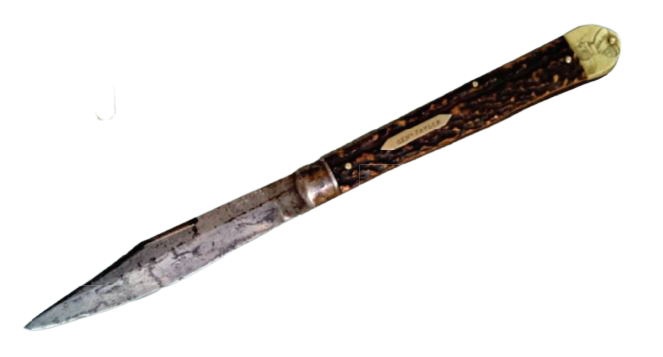 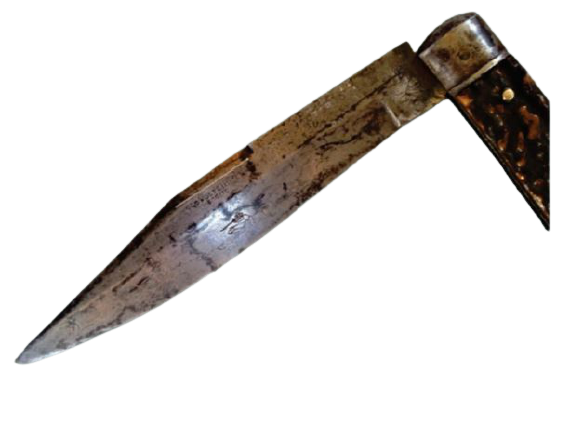 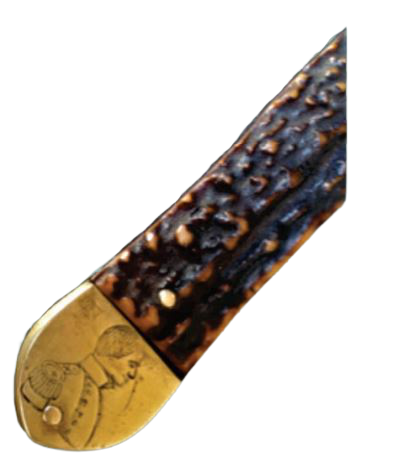 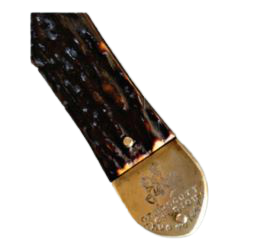