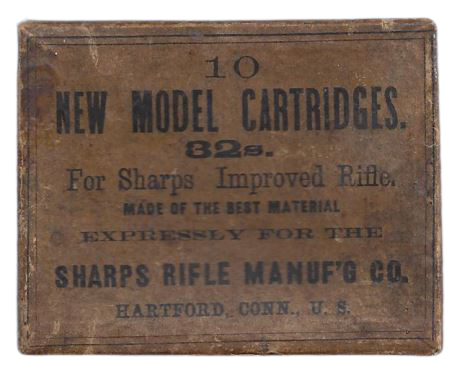 Figure 1 - This early packet describes the caliber as 32s bore, the number of round lead balls to a pound of lead. Shortly thereafter, the designation ".52 caliber" was universally adopted. In spite of the Sharps name, this packet was produced by Robert Chadwick of Hartford who subsequently sold his cartridge works to Sharps. 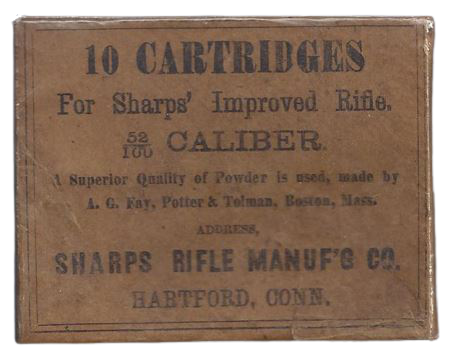 Figures 2 through 5 are all products of the Sharps Rifle Manufacturing Company of Hartford, Connecticut. 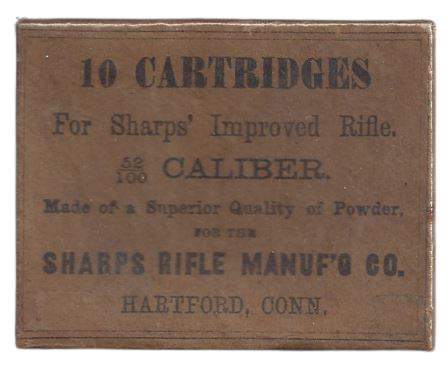 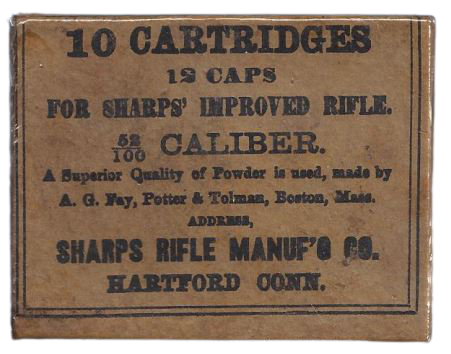 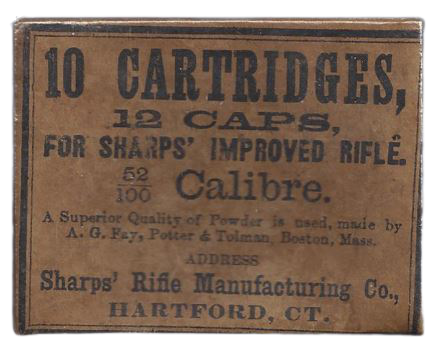 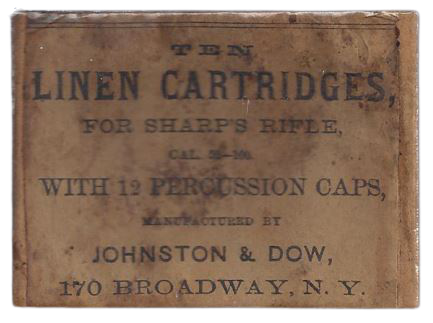 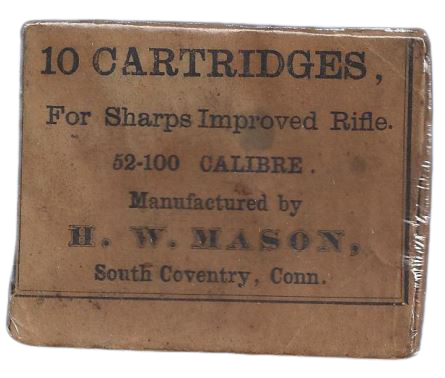 Figure 7 - A rare manufacturer was H. W. Mason of South Coventry, Connecticut. Mason also manufactured rimfire cartridges. (see Arms Heritage Magazine Vol. 5, Number 2 for an example). Federal Arsenals also got into the act although, as the dates on these next packets show, it was apparently late in the War. 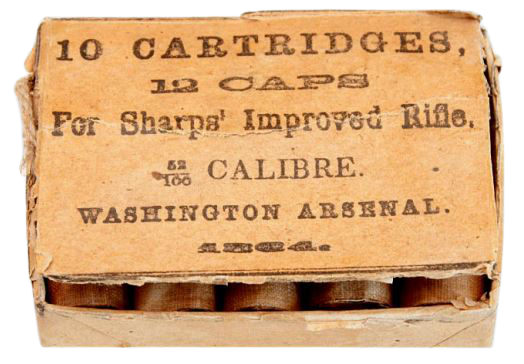 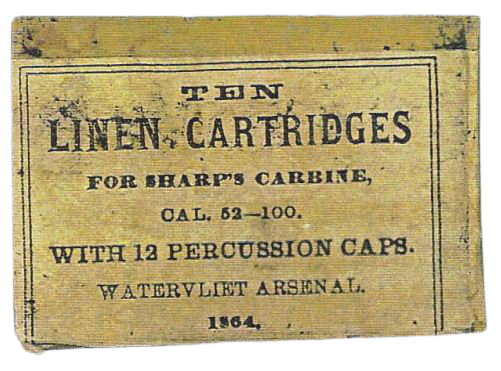 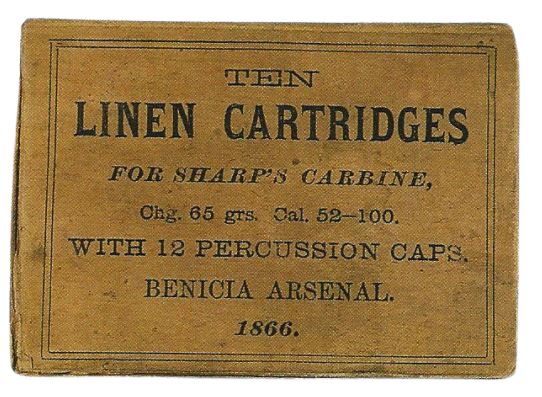 Figure 10 - Even Benicia Arsenal in California produced Sharps cartridges as late as 1866.