The short piece we included under the Last Word banner in Volume 17 concerning the brief lexicology of terms grounded in the language of rearms was sent to us by Wayne Driskill who, as many of you are aware, deals in miniature firearms and knives. To pick up some of the pieces to be found wherever Wayne sets up shop is to marvel at the skill of the artisan who has doubtless spent considerable time in replicating famous and not so famous weapons to a small – sometimes incredibly small – scale. Oentimes, these masterpieces are fully functional and some have been known to actually shoot miniature cartridges. A quick look at, or a long study of Wayne’s website www.waynedriskillminiatures.com will give you a great idea of what’s available in the miniature weapons held today. The little multi-bladed knife on the home page is a real eye opener, particularly when you realize that General Washington’s prole is found on a quarter, less than an inch in diameter.

Generally speaking, the level of detail in these little wonders is of a remarkably high level, which leads us into the question, “Have you ever wondered about how a craftsman goes about building a miniature gun?”  Take a look at Dave Kucer’s website www.kucers.com and you’ll get an inkling.  Here you will see not only the fruits of Dave’s labors, but you’ll be able to read how this crasman produces such exquisite work, and see images of his workshop and the machines and tools he uses, many of which he built himself. If you would like to gain further insight into the kind of work David does, you’ll find plenty of video clips of such by cranking in the name David Kucer on You Tube. Can it be long before we see an article on Miniature Firearms within the pages of Arms Heritage Magazine?

Another unusual field of interest to arms collectors is that of salesman’s cutaways; you know, those perfectly good rearms with pieces missing from their outer skins to show the workings of springs, levers, rods and other bits and bobs within. these were produced at the factory as demonstration pieces to be used by the sales representatives and agents who would be able to show the guts of the goods to distributors and retailers, so that they in turn could give a credible answer to the curious customer who might ask, “How does it work?” Also, such cutaways would be useful in demonstrating the mechanics and special features to gunsmiths and armorers, and also as a military or police training aid.

These arms are frequently seen, although comparatively few of any particular model would have been made. Regardless, such rearms do constitute a neat collecting niche for some, and this writer wouldn’t mind having one or two in his meager collection. And here, just to whet the appetite of the latent collector, here are a few images of cutaways: 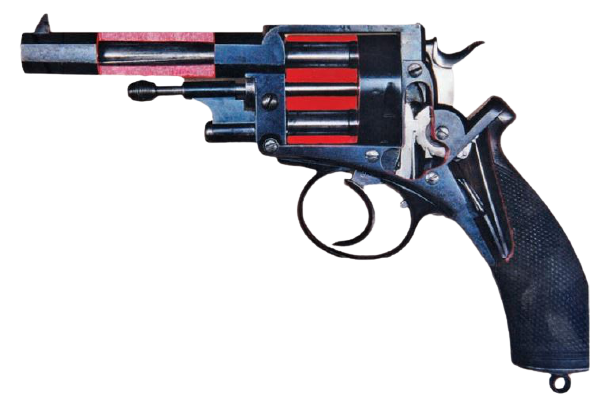 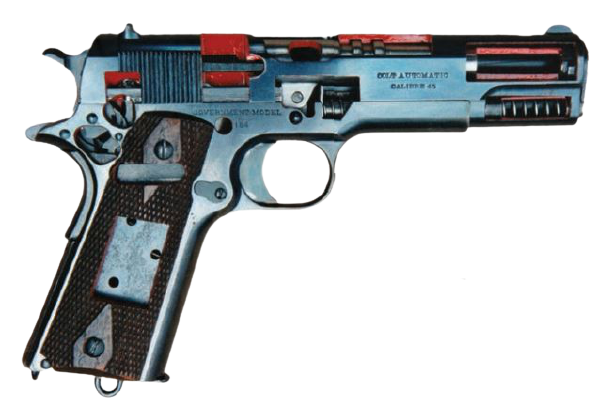 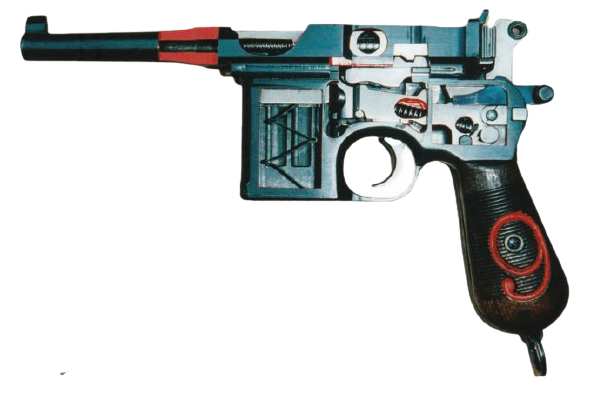 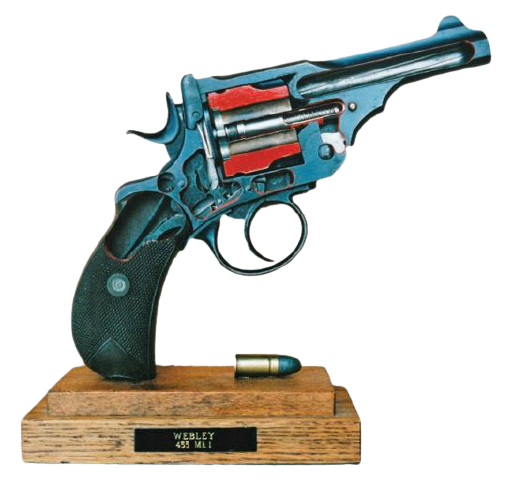