This unknown Virginia Cavalryman is wearing the insignia of the 1st Regiment Virginia Cavalry. He has a Mass. Arms Co. Adams Revolver tucked in his saber belt right next to his Virginia State Seal buckle.

Figure 1- An early British Deane and Adams. The lack of a hammer spur made this a “double action only” pistol, a major deterrent to accuracy.

Many different arms were imported from Europe during the Civil War but only one was first imported to and then later manufactured in the United States. Along with that fact and the fact that the Adams Navy Revolver was used by both the North and South makes it a unique arm.

The five-shot, self-cocking Adams Revolver was invented in England by Robert Adams. It was a quality gun and it achieved recognition and fame when it was awarded a medal at the 1851 Great Exhibition in London.

Adams subsequently entered a partnership with the John Deane’s, Jr. and Sr., to form the firm of Adams and Deane. Their factory was located on Weston Street in London.

The design was awarded a British patent on August 22, 1851. The early models were produced in three sizes-- pocket, navy

Figure 2- A later Deane and Adams revolver, note the absence of a recoil shield behind the hammer.

and dragoon. Early models lacked a recoil shield and had no built-in rammer. These early arms also lacked a hammer spur and could only be fired as a selfcocking (i.e. double action)arm . Although there was an element of national pride involved in the Adams, Colt was already on the scene with his Dragoon, an arm that included the missing features of the Adams but lacked the dubious advantage of self-cocking.

To determine which was the better arm, a test was held at Woolwich. Not surprisingly, the Adams was the favorite weapon because it was capable of rapid fire while the Colt Dragoon was deemed too heavy and clumsy. Later trials in South Africa (probably with the lighter Colt Navy) reversed the results and favored the Colt.

Colt had applied for patents to protect his English interests. He had established a factory in London 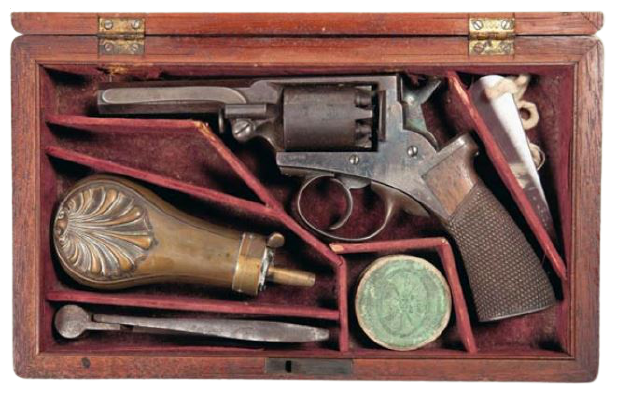 Figure 4 - A lovely cased version of the Adams Pocket Revolver

to produce dragoon, pocket and navy revolvers. Probably because of their distrust of the self-cocking mechanism and the ease of maintaining the simple Colt mechanisms in the field, the British Navy purchased 9,500 Colt Model 1851 Navies and the Army ordered another 14,000. These would be the ones now seen with the “WD Broad Arrow” marking on the barrel bolster and sometimes on the grips.

In order to resolve two of the criticisms of his system, Adams made several improvements. One was a change to the trigger linkage, developed by Lt. Frederick Beaumont, which, with addition of a hammer spur, allowed the gun to be used in single action mode as well as in self-cocking mode. Another improvement was the development of an integral loading lever, developed by James Kerr. The lever lies alongside the barrel and its design thus avoided conflict with Colt’s patented under-barrel system. The pistol had now evolved into its final form and even included a small recoil shield on the left side.

In spite of the fact that the military had purchased Colt Model 1851 Navies, the Adams revolvers had achieved a certain market in England and production hummed along at a profitable pace. Anticipating the possibility of success in the United States, Adams applied for and was granted a U.S. Patent. Beaumont and Kerr followed suit and were awarded U.S. Patents as well.

As their success grew, Adams licensed manufacture of his revolver to the Belgian firm of Auguste Francotte in Liege. The move proved to be fortuitous as it was there that the gun was discovered by Major Alfred Mordecai of the United States Ordnance Department. Mordecai was on the first of several missions to Europe to study the weapons and organization in that part of the world and was later to make a well-known report of his observations-- the year was 1854/1855. His observations were taken very seriously by the U. S. Ordnance establishment.

But Mordecai was not the first person to bring attention to the Adams pistol to U.S. authorities. An Englishman, Major R. S. Ripley, representing Adams, contacted the United States Ordnance Department during a trip to New York, offering to sell them 100 Adams revolvers. These guns were in their highly evolved form and the offer was accepted on June 17, 1856 with the stipulation that they be delivered in the standard U. S. Navy caliber, namely .36 caliber. It took several months of retooling until the change could be made and the batch of 100 was delivered on May 7, 1857, along with spares and accouterments. Eighty-eight additional revolvers were shortly delivered to the army. It is probable that Mordecai exerted some influence in the matter.

After the one hundred British-made Adams Revolvers were finally delivered, a second order for fifty additional British pistols was placed but that order was eventually revoked because of the extensive delivery delays to the initial order.

A week after the delivery of the one hundred guns, an order for 500 U. S. built Adams Revolvers was placed with the Mass. Arms Co. of Chicopee Falls, Massachusetts. Mass. Arms had a long previous relationship with Adams and Deane, having supplied machinery to them. They were eventually licensed by Adams and Deane to produce their revolvers in both .31 Pocket and .36 Navy calibers.

An order for five hundred Adams Revolvers was placed with Mass. Arms Co on April 1, 1857. The firm spent the rest of the year and part of 1858 tooling up for that production. The first two hundred and fifty guns were delivered to the New York Arsenal on July 24, 1858 and the remaining two hundred fifty were delivered on September 4, 1858. The first batch of revolvers had been shipped from New York to the St. Louis Arsenal where they were at the start of the Civil War.

An additional one hundred and twenty two British 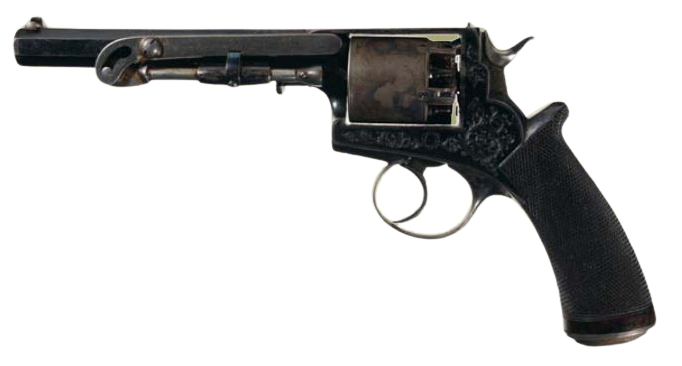 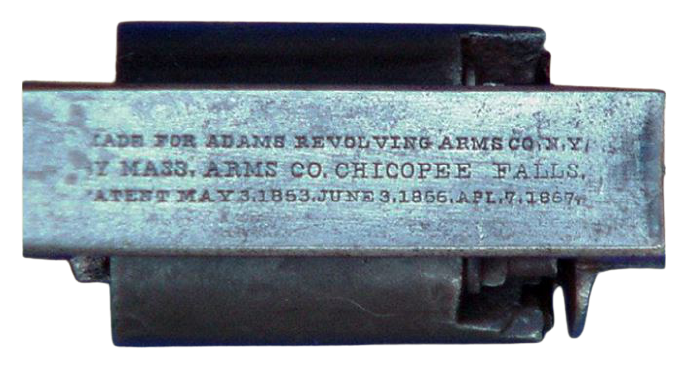 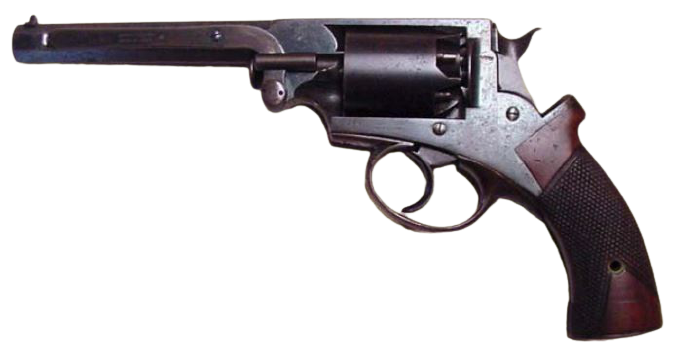 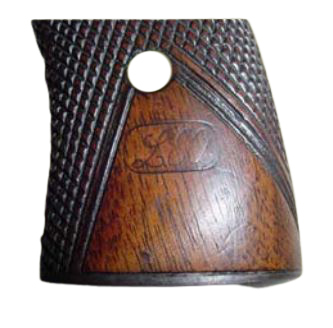 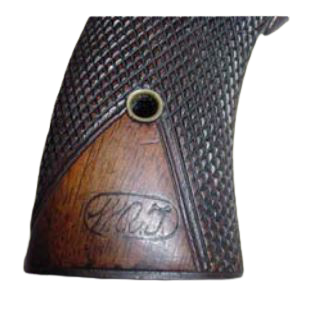 Figure 9- William A. Thornton’s acceptance cartouche on the right grip

made guns were imported by Schuyler, Hartley and Graham in 1861. Purchases continued throughout the War and eventually a total of 1075 Adams or Beaumont pistols were purchased by the North. 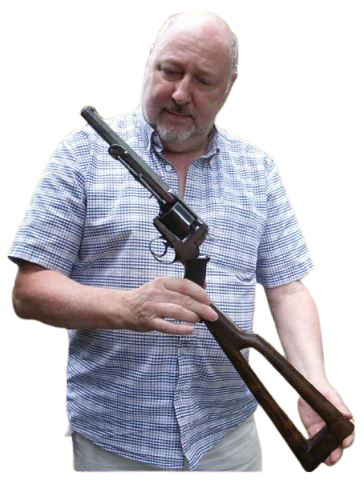 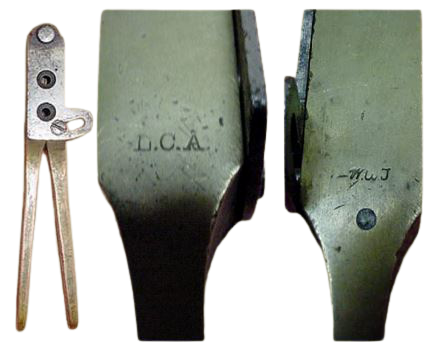 Figures 11 - b- c - The bullet mold for the Mass. Arms Co. Adams revolver carries the same inspector and acceptance cartouches as those found on the grips of the revolver 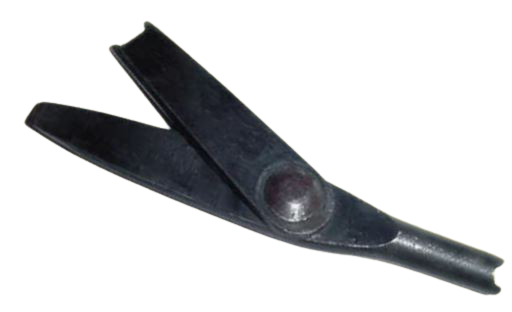 Virginia’s Governor Letcher met with Ames personally in Springfield on May 3, 1860 to draw up a contract for Virginia to purchase swords, machinery, muskets and revolvers. Only the saber and revolver portion of the contract was executed-- sectional pride saw the machinery portion awarded to Joseph R. Andrews of Richmond.

Ames was able to supply the pistols from stock on hand. It can be inferred from correspondence that some were the revolvers previously inspected at Springfield as had been the 1000 cavalry and 200 light artillery swords furnished to Virginia under the same contract. Those revolvers emanating from Springfield would have had the sub-inspector mark of Lucius C. Allin and probably the acceptance mark of William A. Thornton.

Collectors who might wish to trace the Civil War history of the Massachusetts Arms Adams are invited to use this clue from the Springfield Republican of 26 November 1860 by which time sixty-three of the 1000 had apparently been issued out. “There is a company of men, about organizing in Richmond, to be armed with double-barreled guns, five-shooters and bowie knives, to be ready for the call of the governor at a minute's warning, to defend the rights of Virginia”. Historical fact or Yankee propaganda?

“The revolvers furnished in Virginia by Ames under the honored portion of the contract were described as “1000 Deane & Adams’ Pistols” by the Commission. Philip Burkhart, Barrel Inspector at the Harper Ferry Armory, where the United States re-inspected and test-fired the Adams’s on 22 December 1860, as a courtesy to Virginia, and described them as “...pistols (Army Size) of Colt’s Manufacture by Deane and Adams, Chicopee Falls, Massachusetts” (they were, of course. the Mass. Arms Co. Adamses)

The Adams revolvers are not usually thought of when thinking about the Confederacy, but they were indeed a factor in arming the South.