Often called a "poor man's LeMat", the Osgood Revolver was another curiosity among

gunmakers of the 1880's who were trying to break away from the herd of cheap, nickel-plated

pistols that flooded the market.

Exactly why anyone would leap at the opportunity to have an optional, single .32 rimfire to supplement the eight .22 caliber rounds in the normal cylinder remains a mystery. Apparently they were not a great success as only a few thousand were produced. The hammer has a moveable nose so it can be configured easily to fire the .32 caliber round, much like that of the LeMat.

They were the product of one of the many gun-making firms operating in Norwich, Connecticut. The Osgood Gun Works produced these pistols, probably based on the design of the LeMat revolver except with the LeMat, the central barrel fired a lethal load of 18 heavy pellets.

They were patented by Freeman W. Hood on December 7, 1880 (Patent #235,240). Hood had his own line of fairly high quality revolvers, produced under the name Hood Firearms Company.

The Osgood revolvers are sometimes found with squiggle engraving and some were subjected to a better quality treatment. These engraved pieces are usually marked with the name MONARCH. A few may be found with gold-washed cylinders. pearl or ivory grips and other embellishments. 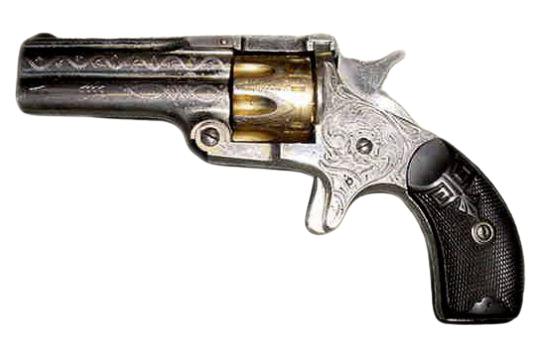 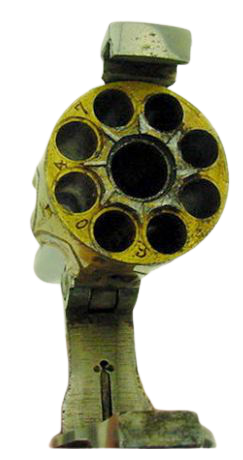 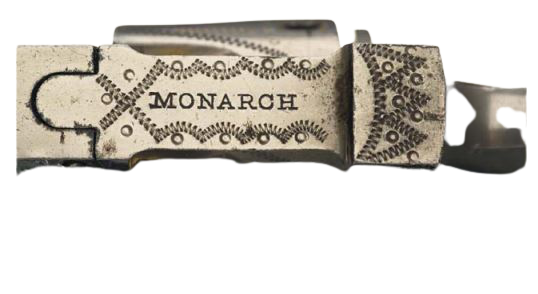 3. The Squiggle engraving on the "Monarch" model 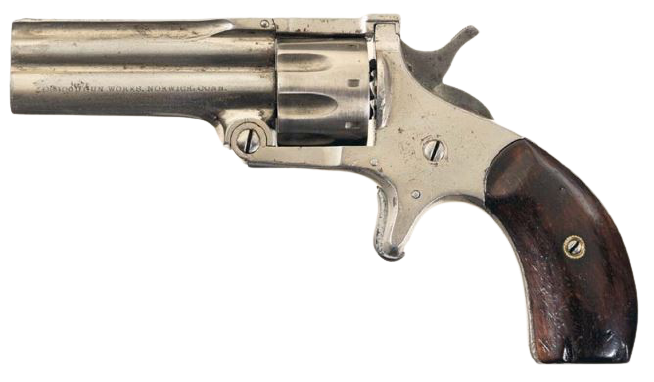 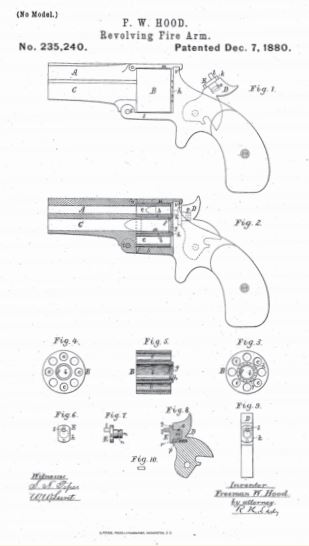 5. Hood's patent of the Osgood