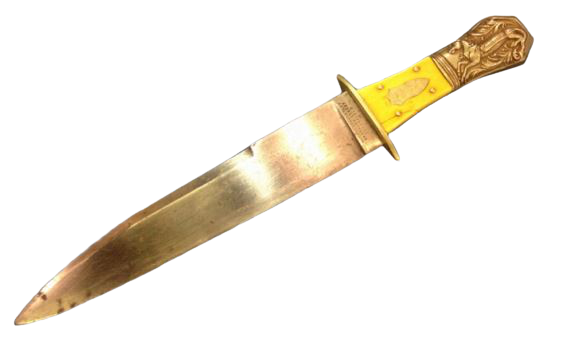 Woodhead & Hartley were in partnership and later became G. Woodhead. Wragg & Sons were a competing company that made similar Bowie Knives during the same time period as G. Woodhead. Both companies likely used some of the same little Mesters as suppliers. The partnerships of Woodhead & Hartley and Wragg & Sons are synonymous with classic extremely collectible Bowie Knives.

But, a partnership between the 2 aforementioned partners? Well most advanced collectors might say… What? That’s not right! So you ask, what does Woodhead & Hartley have to do with Wragg & Sons classic Coffin handled Bowie Knife? The etching is the answer, which might be hard to see from the photos. The knife in Figure 1, was made by Woodhead and Hartley, and yes it does have Wragg & Sons XLNT etched onto the blade. The “Wragg & Sons XLNT '' starts to the left of the eagle's head and neck (both figures 3 and 4). The etching on the Woodhead and Hartley in figure 1 is faint and difficult to photograph yet still discernible with naked eye or with the aid of an eyepiece (figure 3). From my best educated guess the etching on the knife in figure 1 was likely meant to go onto a Wragg and Sons Bowie. However it ended up on Woodhead and Hartley.

This knife (figure 1) turned up a few years ago now, at the Blade show in Atlanta, Ga. A nice fellow “walking” the show noticed that I had a similar Bowie (figure 6) for sale, and mentioned that he also had one. He said he paid $20.00 for it recently at a garage sale. So I asked him to bring it in, and offered to double his money. Not to worry, before divulging what he paid, he kicked my tires and asked me what I wanted for mine! So, we were both having fun. He lived fairly close and was able to bring in the knife the next day. That’s when I made my discovery. I had very recently sold a beautiful minty Bowie by Wragg & Sons that had the exact etching (figure 4). It was one of the best I had seen, it was etched into my memory so to speak. So I found it quite peculiar to have another Bowie within a few days pass through my hands with the exact same etching, but most peculiar that the etch was made for Wragg & Sons and on a Woodhead & Hartley knife. A couple of longtime Bowie collectors were at the show and both stated that they had never seen such a thing. 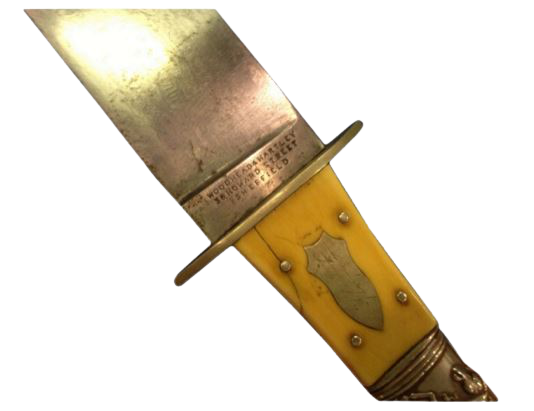 Well my first thoughts were that the fellow or young lady that was in charge of putting the etching plate on the knife likely made a mistake! I had done research in the past on etching and have discovered that a young woman had had a job as an etching plate “placer” for lack of a better word. That is, she prepped and put the plates to the blades for them to be etched. The faster she put them on the more she got paid (by the piece) therefore she went as fast as she could. Now we do not know if it was a man or lady that placed this one but either way it was a pretty big mistake at the time! I would liken this to finding a Winchester with a reference to Marlin or Colt etched onto the gun! Competing firms would not likely be too happy to discover the mishap.

It is important to note that the etchings on both The Wragg and Woodhead & Hartley made knives have the letters XLNT behind Wragg & sons. This helps us in dating the knife, as Goins encyclopedia, among many listings for Wragg, and Wragg & Sons lists this mark as being possible from 1846 to 1850. So when compared to the dating from the Woodhead and Hartley knife, we can see an overlap of dates. Therefore it is very likely that these two Bowies were made within a year or two of each other probably sometime in 1847 or 1848.

The etching on the Woodhead and Hartley raises some questions. Among many, my first thought was… did the ole boy (or girl) that put the etching plate to the blade of Woodhead and Hartley have a few too many to drink the night before he/she went to work? Or, was it simply a case of working too fast and missing what the etching said? Or was there an order from a customer for such a knife? We will likely never know the answer. 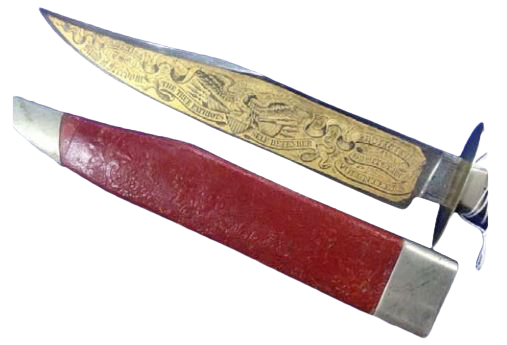 Figure 4: Bowie by Wragg & Sons with Mint gold wash etching. Same etch as on the Woodhead & Hartley Bowie in figure 1.

The knife in the first photo (figure 1) has been used pretty hard. The tip has been sharpened to something that resembles a spear-point. So I would say that the condition of the etching matches the use on the knife. Otherwise it might be suggested that the etching or blade of knife was polished so one could not view the etch and therefore not notice the competing firm's name within.

The etching on the knife in figure 1 reveals that there were mishaps or mistakes in manufacturing in the mid 19th century. At the time it was very likely a costly mistake. The fact that the knife survives today is proof that knives were too valuable a commodity to just destroy, remake or set it aside. It was sent to America, sold and used. Bowie Knives and how they were created often leave more questions than answers. 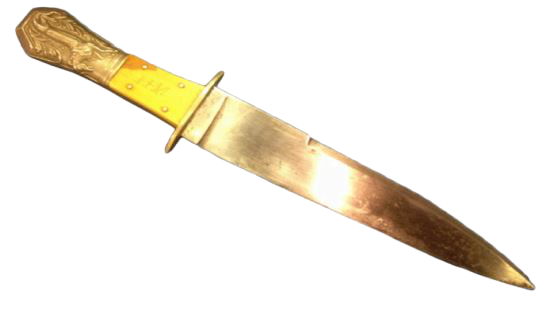 This brings us to the trades in Sheffield known as the Little Mesters. This was the method of manufacture of most Sheffield Bowies. The Little Mesters were the group as a whole in Sheffield England that made parts for knives. Many of the “parts” of knives were made by specialists, each being a master at his craft for a unique item. One little Mester might concentrate on pommels, such as the half horse half alligators. They in turn would sell their finished product to all cutlery houses. Therefore you very likely could see the exact same pommel on a Woodhead and Hartley Bowie as you might see on a Wragg & Sons Bowie.

The Little Mesters was the system of making knives and other cutlery and just about anything in Sheffield. In about 1849 George Wostenholme (The IXL mark) moved his “Rockingham works” to “Washington Works” (a much larger factory) and started to bring all of the “little mesters” under one roof. I’m sure that it took from a few to several years for the other knife maker “houses” to follow suit. Once they did, they then controlled the manufacturing process a little better.

One reason I point this all out, is that those that made the half horse half alligator coffin handled pommels used only one die. They of course likely had several dies over time but for each knife both sides of the pommel (in coffin handled Bowies) was most often from one die.

Please note in figure 5 that the blade is down and it appears that the half horse half alligator is upside down. That is how it was made and how we know that the knife had a “front” and also a back. The front of the knife has an escutcheon where the back does not. Also the front of the knife, the half horse half alligator is in line with the blade when the cutting edge is down (figure 1). Why didn’t they take the time to make two matching dies so that the horse/alligator faced down with the cutting edge on both sides? That is another anomaly that we can only speculate, but I’m sure some Bowie aficionado out there somewhere has an answer or theory. One of those theories could be that some may have used the knife with the blade up, as in knife fighting? Well then the half horse half alligator would be facing down!

However the Little Mesters and their process of manufacture helps to explain how a “Wragg” etching can be placed on a “Woodhead & Hartley” knife. In America the knife makers often completed all processes involved in making a Bowie. To date I have never seen an etching (on an American knife) by one company on a knife of another, but I wouldn’t rule it out. It is also known that some American knife makers supplied others with products. For example there are many that think Rose of New York made knives for Gorgian of New Orleans. That is another article and will be saved for another day. 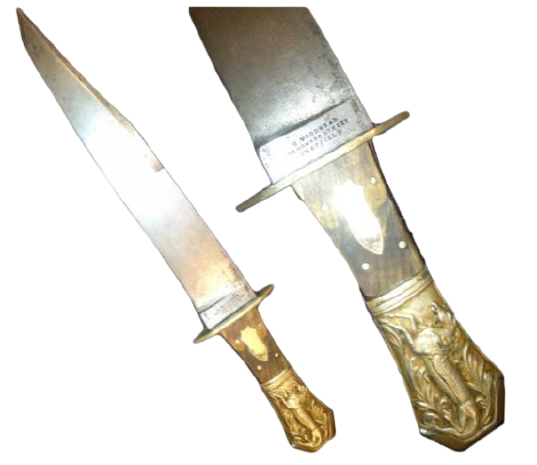 This Bowie with horn scales shows what the Bowie’s blade in figure 1, would have more closely resembled. It also shows how similar the knives are minus the marking/stamp of the manufacturer on the blade. So in figures 1, 6, and 8 (top knife) you have three markings from Woodhead & Hartley and G. Woodhead. Enjoy and keep your eyes peeled. JB 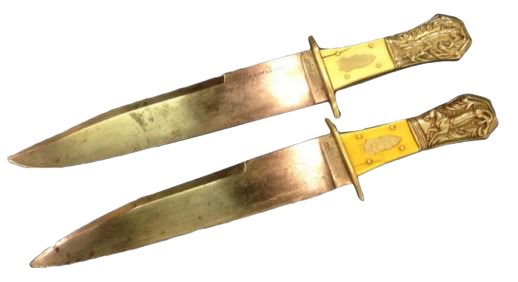 Figure 8: Bottom knife is the same as that in figure 1. Top knife is a Woodhead & Hartley with the 7 Lambert Street Address and full alligator pommel. This top knife would predate all others in this article.