In addition to reviewing recently issued books, we will also be taking a retro look at some of the old classics from time to time.  Although most are out of print, copies are not hard to find at gun shows or on the internet. Next to the arms themselves, books are the best investment a collector can make.  During the “golden age” of collecting in the 1930’s and 40’s, when great finds could still be made, the adage “buy a book for every gun” was coined.  At the time only a small fraction of today’s books were available.  Today’s offerings plus the internet allow us all to become expert in our areas of interest.

A Basic Primer on Colts

I’ve lost track of the dozens of books on all phases of the Colt story.  One of the best is this pioneering tome.  It covers virtually every model of Colt handgun and longarm from the Paterson through the Colt woodsman with clear photographs and excellent descriptions.  Although these have all been done better in subsequent books, this book really shines in the second section, which contains a wealth of primary source material including correspondence, broadsides and documentation. 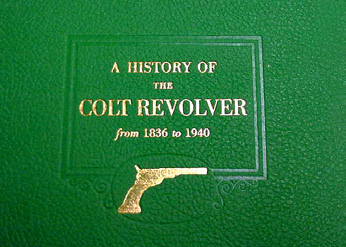 My favorite section, however, is a seventeen-page excerpt from a March 1857 copy of United States Magazine, titled “A Day at the Armory of Colt’s Patent Manufacturing Company, Hartford. Connecticut”.  It presents a fascinating, step-by-step, description of every phase of the manufacture of a Colt percussion revolver with numerous engraved illustrations.  It’s “must reading” for anyone interested in early Colts.

Another section that makes the book indispensable is the section on the Walker and Whitneyville revolvers.  It presents 29 pages of documentation on the origins of the Walker.

The British Brown Bess is one of the dozen most important guns in arms history (we believe), yet until recently definitive information has been hard to find.  Howard Blackmore’s 1961 book British Military Firearms is a useful publication but only touches the surface of this subject.  In recent years, several great publications have become available which thoroughly cover the standard models.  DeWitt Bailey’s Pattern Dates For British Ordnance Small Arms 1718-1783 (Thomas Publications, Gettysburg, PA, 1997) is such a book, it provides a world of information on British Longarms and Pistols of the period.  It also provided the setting for two additional and more recent books.  Small Arms Of The British Forces In America 1664-1815 (Mowbray,  Woonsocket, RI, 2009)  It covers British Arms in America from colonial times through the war of 1812.  Virtually every standard issue type is discussed in detail along with background and historical notes.  An extensive chapter on accoutrements such as bayonets, tools and cartridge pouches is included.  The depth and scope of the book show why Mr Bailey is the leading authority on early British military weaponry. 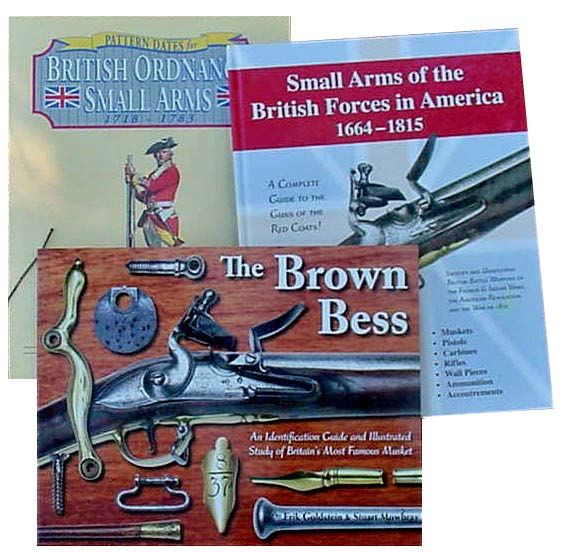 A second recent book, “The Brown Bess” by Erik Goldstein and Stuart Mowbray (Mowbray, Woonsocket, RI- 2010) is a study guide to the intimate details to fourteen models of Brown Bess.  Crystal clear color photographs show disassembled guns and locks in their naked splendor.  Comments discuss what is right and wrong and what the collector needs to know to determine the purity and authenticity of each model.  This latter is most important since a lot of “cannibalization” took place in the field and in arsenals during and after the period of use. 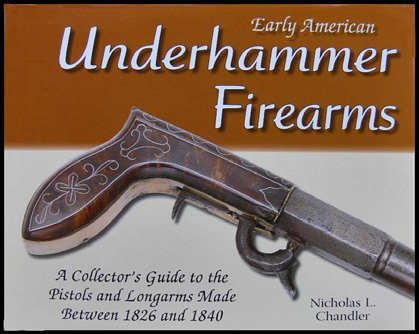 This writer and many others have regarded the underhammer percussion single shot pistols, seen in many forms, as just moderately interesting and similar to many guns from the 1830’s to the 1860’s that were made by various New England gunmakers of the time.  There was a lack of any information on them other than Underhammer Guns by Herschel C. Logan that was published in 1960.  That book concentrated more on a general overview of these types of guns from many different areas and lacked a lot of detail.

Nicholas L. Chandler, a collector of underhammer firearms for some 50 years, has compiled information on the Ruggles Brothers, Fordyce and Adin, who were the first makers of these pistols in Stafford, Connecticut.  Fordyce Ruggles was granted the first American patent for a percussion firearm in 1826, which I didn’t know.  As Nick says in his intro, “It was a uniquely American design that could be made by any competent mechanic – not just professional gunmakers.  Ruggles-style guns were simple and sturdy, a triumph of ‘Yankee Ingenuity’ that included many  ‘firsts’ including the first use of cast steel barrels.”  They didn’t get rich with this invention, but these pistols were a less expensive and reliable alternative to the European imports that were about the only other pistols available at that time.  There were many makers who copied the Ruggles patent, but there are so many variations and “improvements” that these pistols and their interest to the gun collecting fraternity have taken on a whole new light. The book contains a wonderful story about the Ruggles brothers and their relationships with other makers of these interesting pistols in the area.

The chapters read as a story and easily flow showing the relationships between the makers of Connecticut and Massachusetts.  The quality of the book is excellent and each illustration is detailed, clear and in color – all of them, and most are full sized.  It is obvious from the depth of research and presentation that Nick Chandler worked at this for a very long time – he has really has presented it well.  This book is a must for any gun collector and does represent a comprehensive work on a type of firearm that is available for an affordable price for either the beginning collector or one wishing to broaden his collecting interests.

It is available from Amazon.com for 49 dollars, well worth the price.