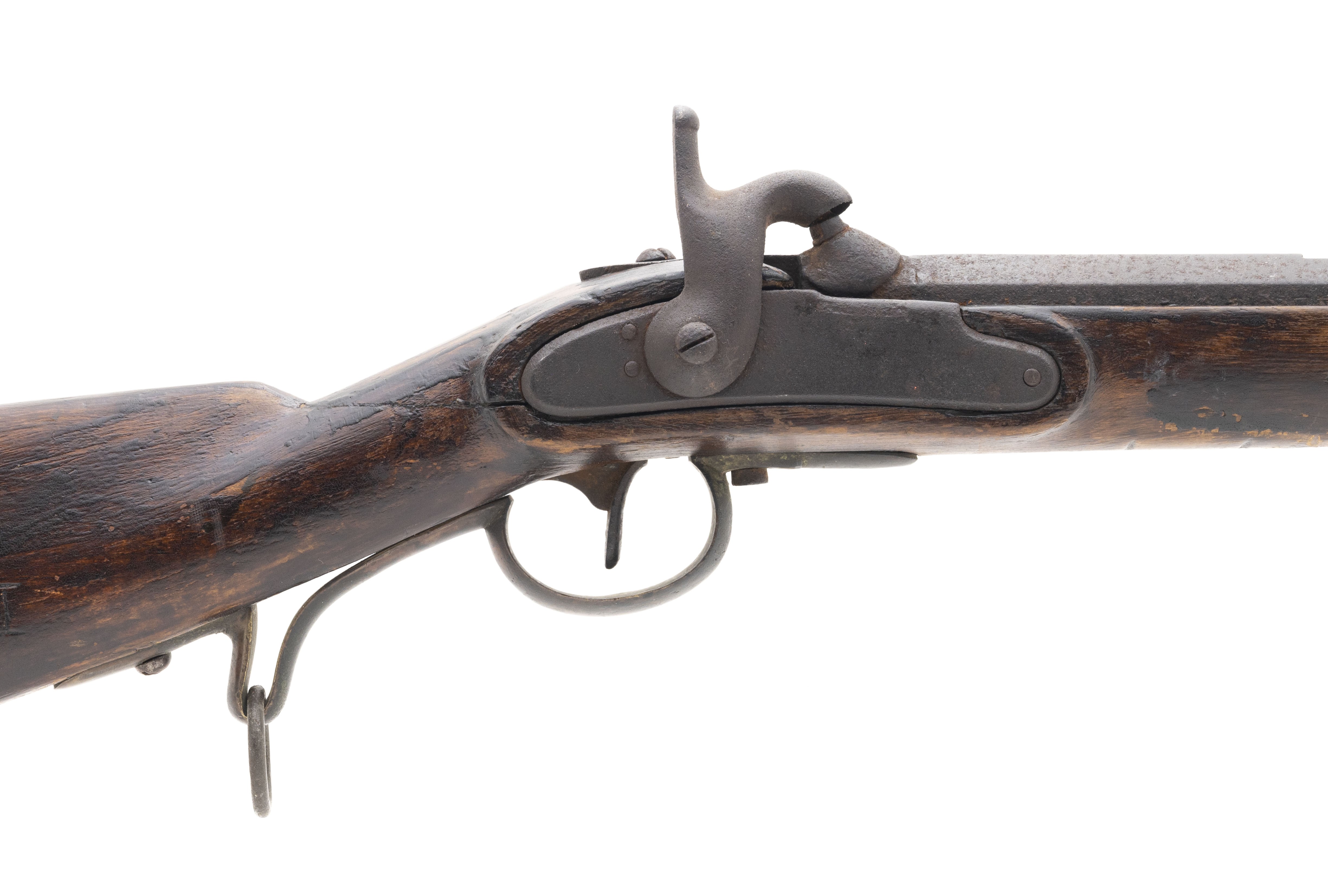 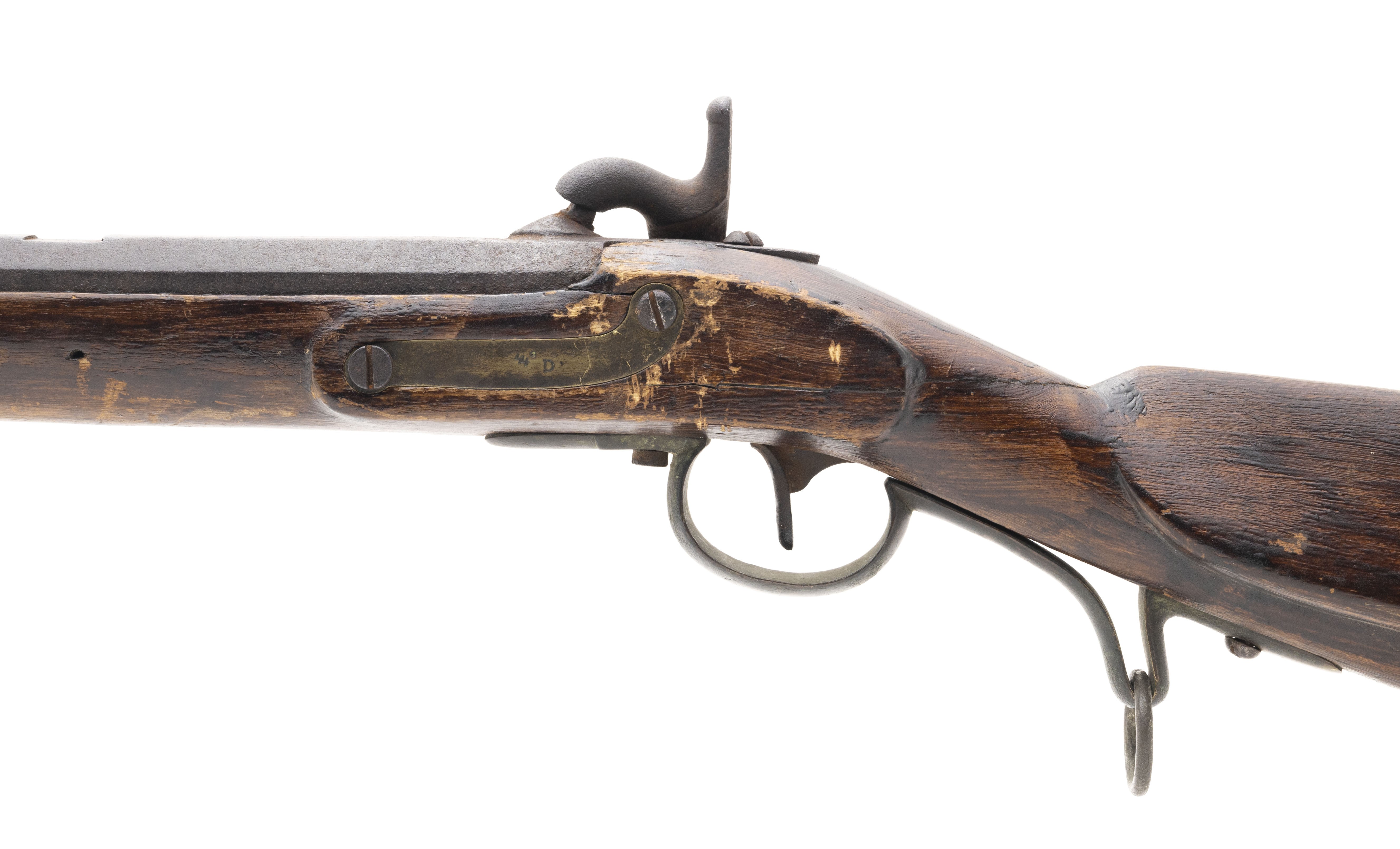 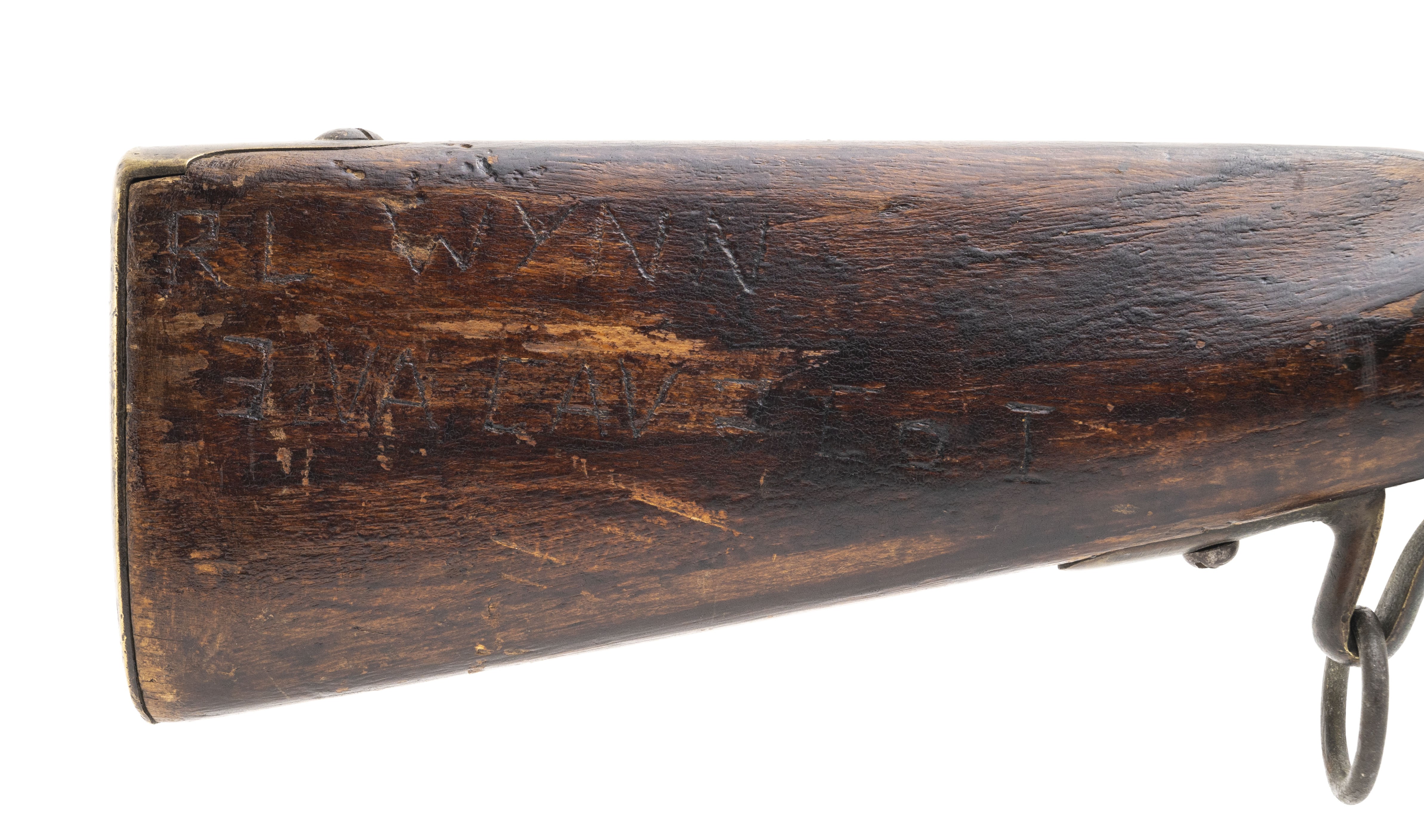 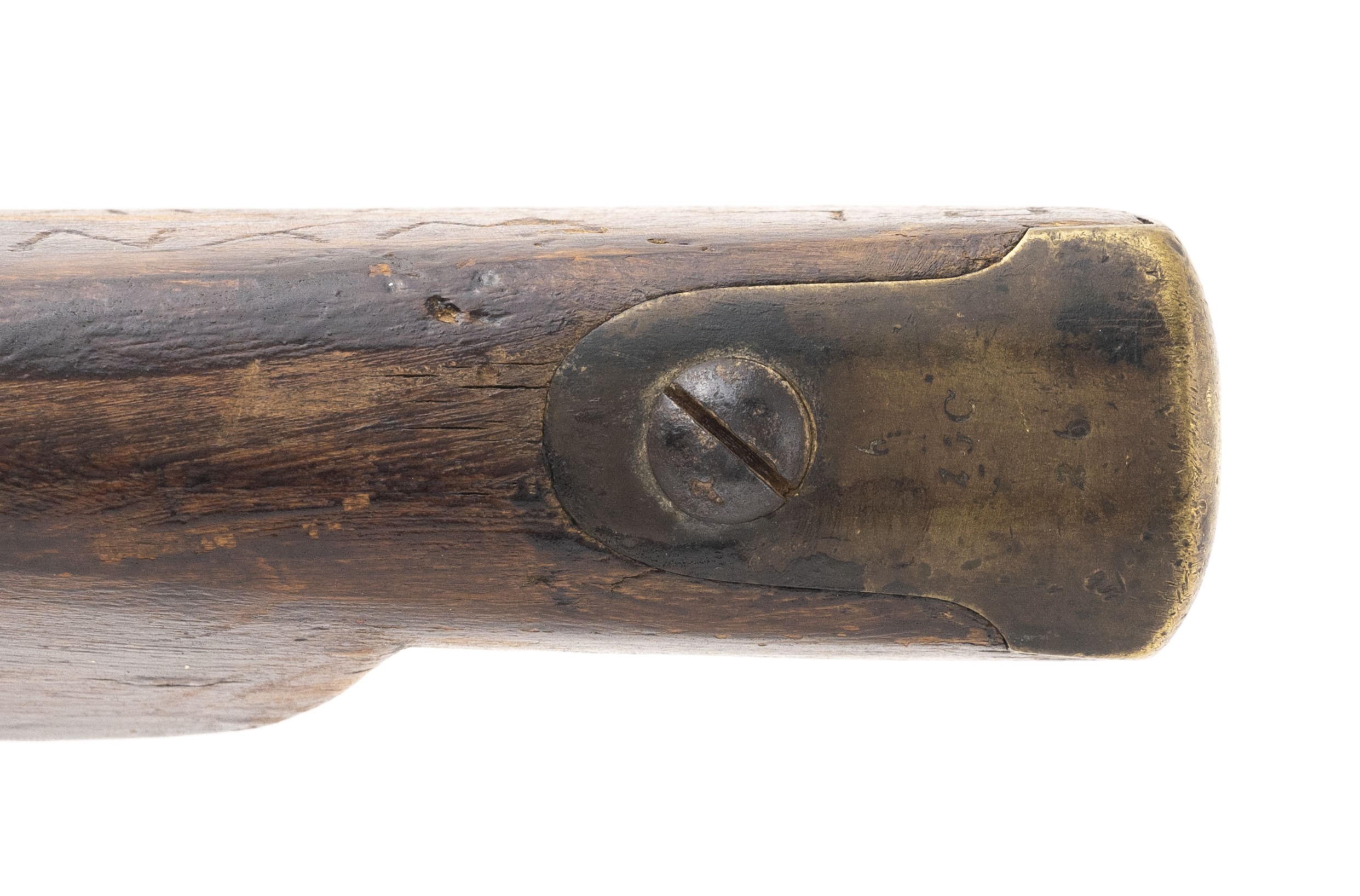 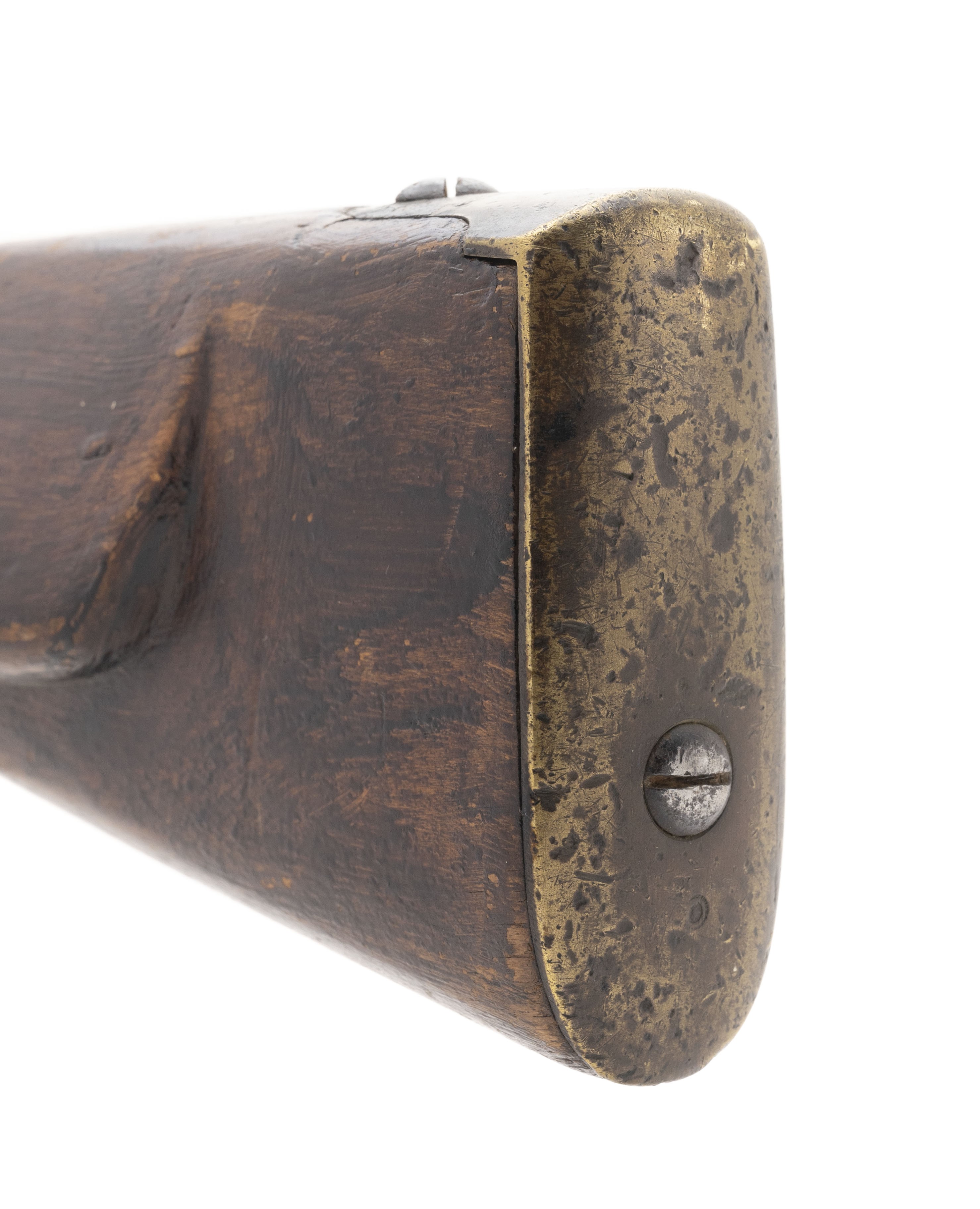 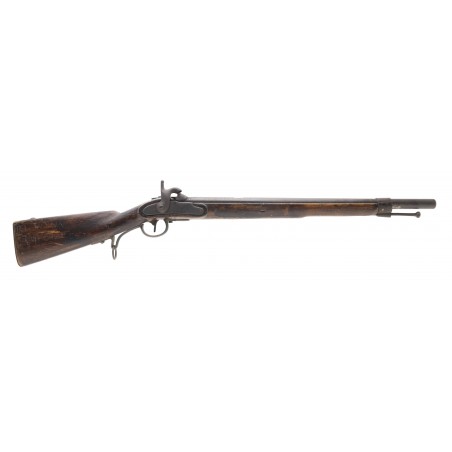 This Virginia percussion cavalry carbine is marked on the butt R L WYNN over 3 VA CAV Co I. The marking appears to be old. According to the soldier details on the National Park Service web site, Richard L. Wynn served as a private in Company I in the 3rd Regiment of the Virginia Cavalry. The 3rd Regiment, Virginia Cavalry was organized and entered Confederate service on July 1, 1861. Until October, it was also called the 2nd Regiment. Its members came from the Virginia counties of Mecklenburg, Elizabeth City, New Kent, Halifax, Nottoway, Cumberland, Dinwiddie, and Prince Edward. Initially, six companies served in the Department of the Penninbsula and four in the Valley District. Later the unit was assigned to the Army of Northern Virgina. It fought in many battles including Williamsburg, Fredericksburg, Kelly's Ford, Chancellorsville, Brandy Station, Upperville, Gettysburg, Bristoe, Mine Run, The Wilderness, Todd's Tavern, Spotsylvania, Haw's Stop, and Cold Harbor. It also participated in General Early's Shenandoah Valley operations and the Appomattox Campaign. Private Wynn was most likely in many of these. Only 3 members of the unit were available at the April 9, 1865, surrender to General Grant at Appomattox. This carbine started life as an Austrian chambered rifle (Kammerbuchse) Model 1849 altered to cap ignition. It is also known as the "Garibaldi" rifle. The original length of 47.7" has been reduced for cavalry use to 39". The 24" octagon to round 71 caliber barrel has a very good bore with strong rifling that would possibly clean even better. The barrel has a dark brown patina with overall light roughness. The rear sight was removed for cavalry use. The unmarked lock and hammer have a brown patina with light to moderate surface roughness. The brass trigger guard and butt plate have an even dark patina. The trigger guard pistol grip has a large sling ring installed through it. The original nose cap was moved to approx. 4.25" behind the muzzle. The stock is good with an old repaired crack at the wrist, a stable crack at the rear lock screw, dark varnish type finish crudely added (a careful cleaning and redo would make this carbine look much better), and moderate overall wear. The action functions correctly with the exception that the hammer can be released by a trigger pull at half cock. One rarely encounters a Civil War small arm that can be tied to a soldier, especially a Confederate cavalryman. Don't miss this one!