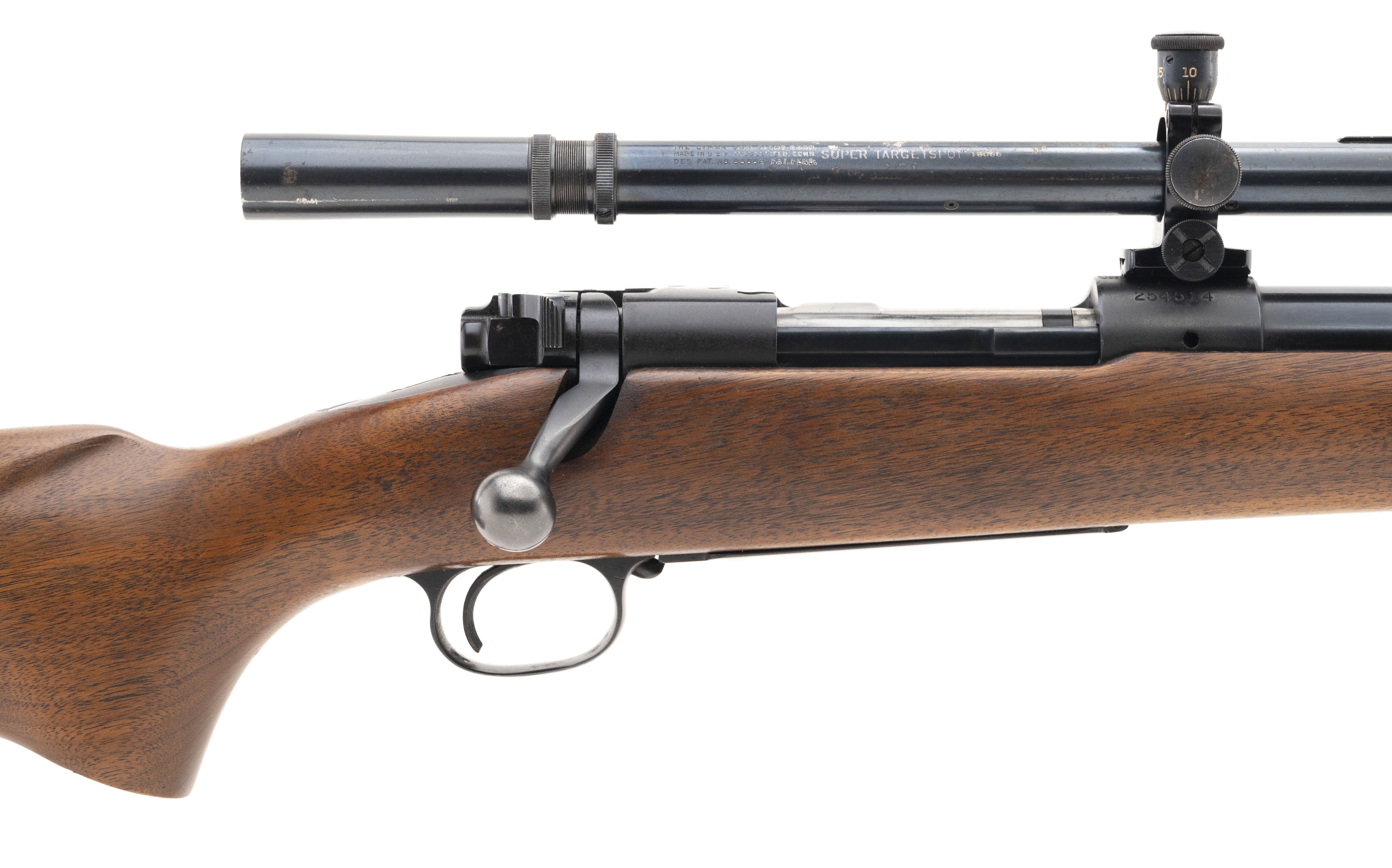 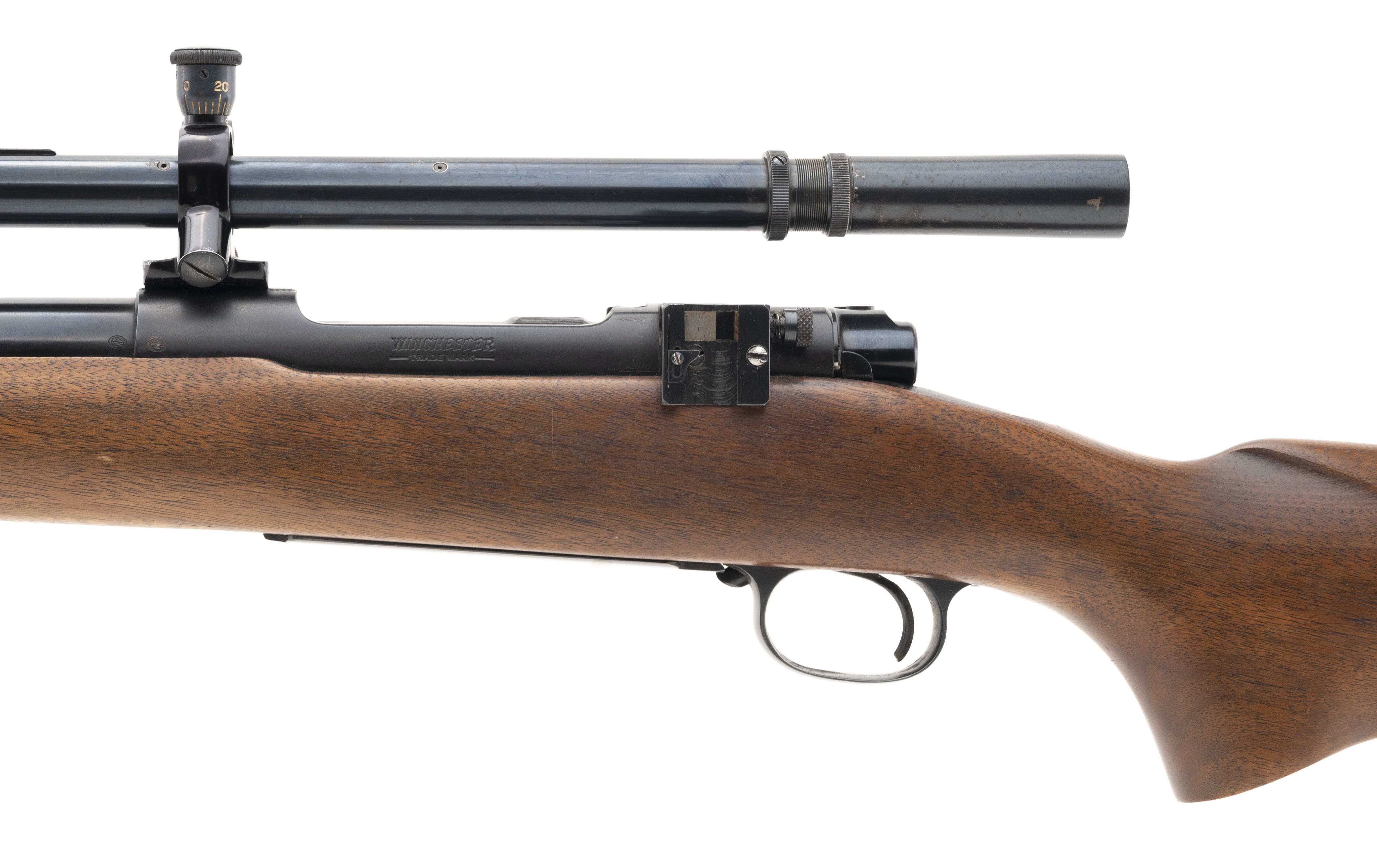 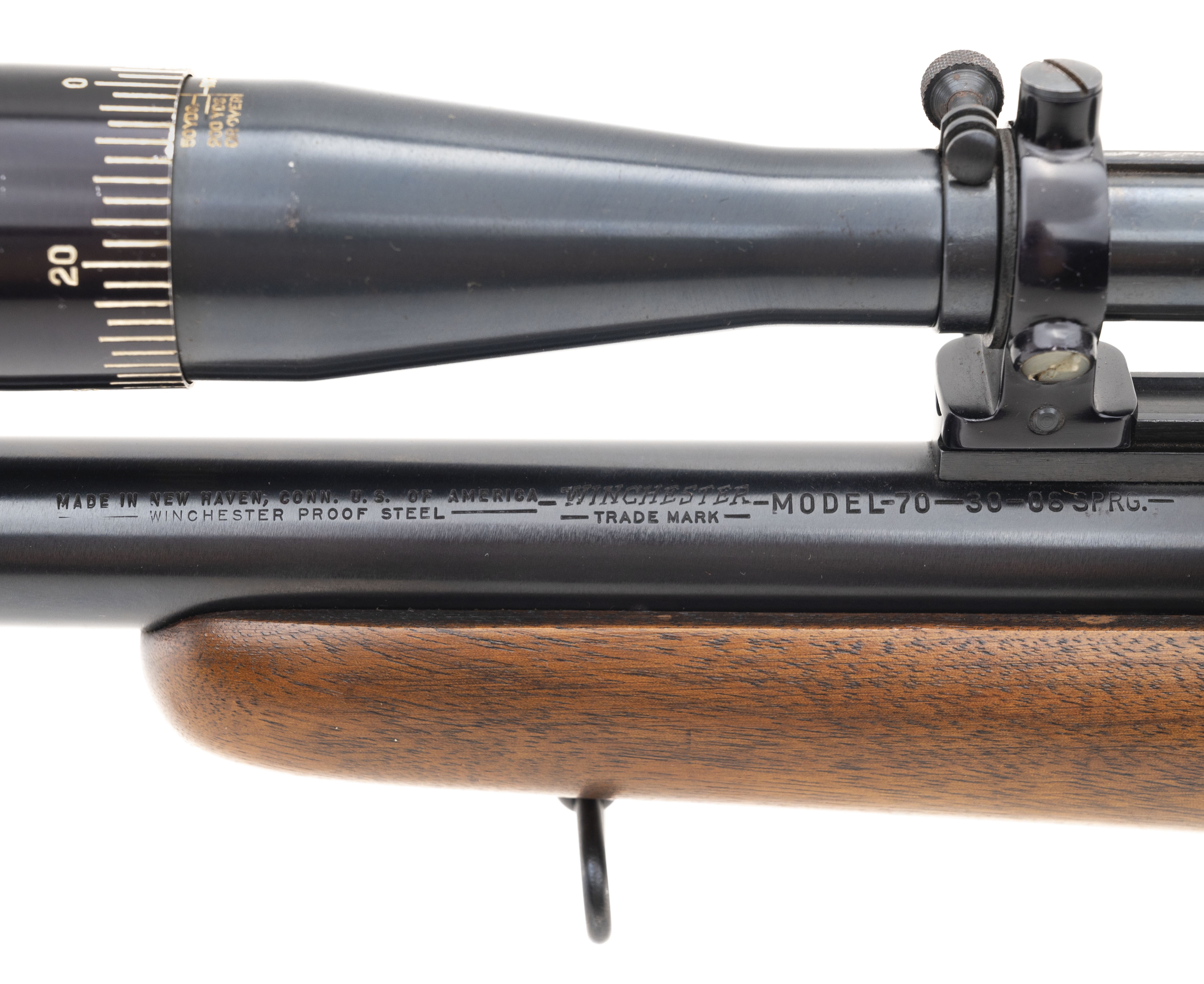 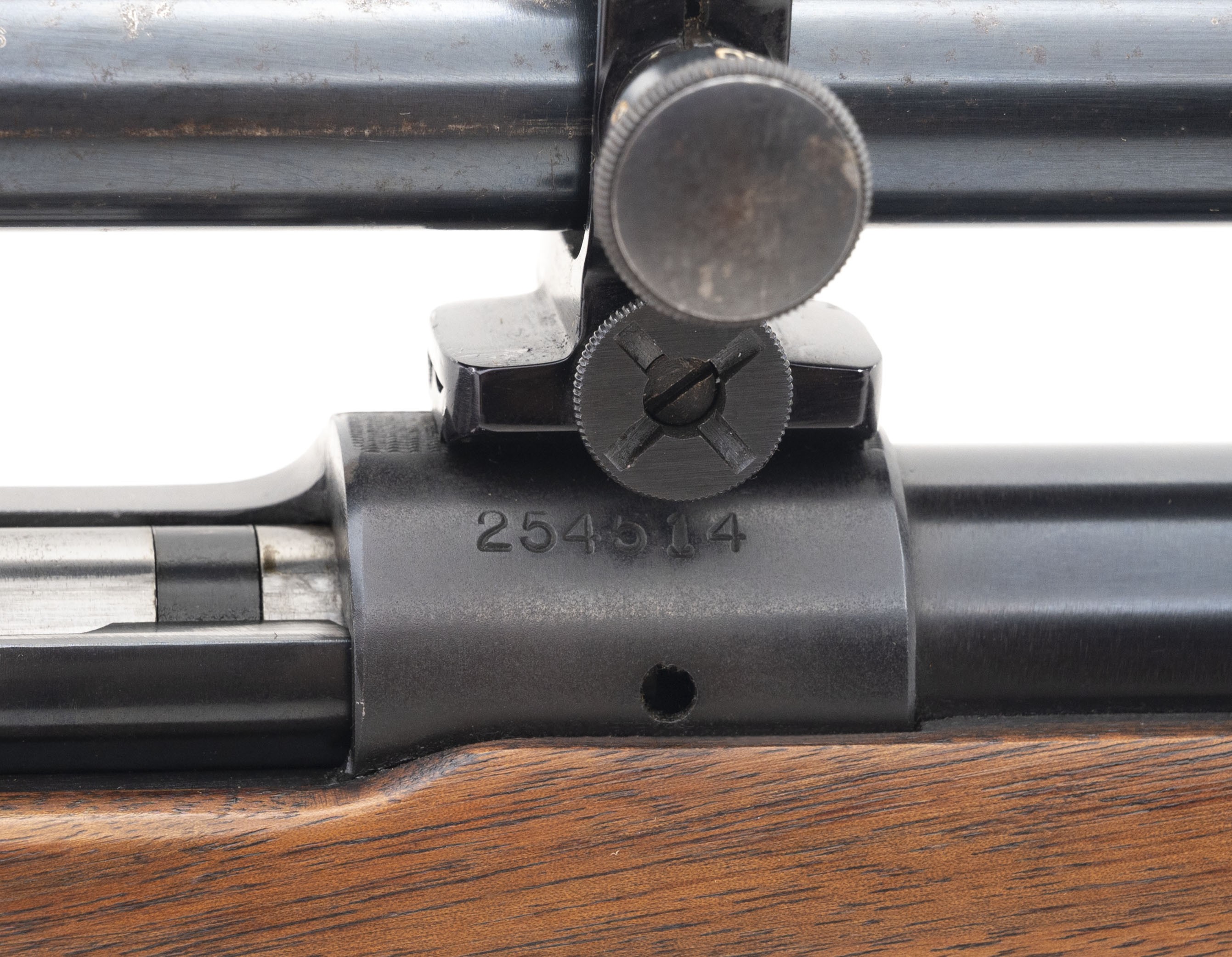 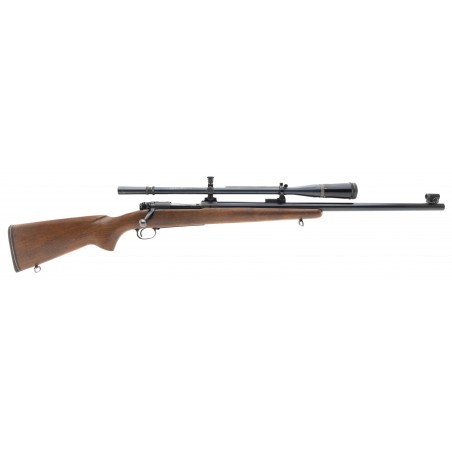 This very rare documented Van Orden Winchester Model 70 .30-06 sniper rifle is serial number 254,514. The 24" medium heavy barrel has a fine bore with ligh frosting in the grooves. The barrel and action have approx. 98% original blue with light edge wear. The bottom metal has approx. 95% blue. The floorplate has three drilled and tapped holes for a palm rest (absent). The bolt body is bright with light wear with the knob showing most of its blue with slight turning on the knob, and with excellent blue on the shroud and extractor. The bottom of the bolt is electric pencil numbered to the gun. The smooth walnut pistol grip stock is excellent with a few light handling marks. The original sling swivels are present and the length of pull to the Stoeger Arms rifle pd is 13.25". The famous Van Orden sniper rifles were developed by Marine Captain George Van Orden and Chief Gunnery Sergeant Calvin Lloyd. They felt this combination of the Winchester Model 70 rifle and the Unertl 8X telescopic sight was the most suitable for WWII Marine Corps snipers. Due to WWII constraints, the combination was never adopted and the USMC relied on the Model 1903 rifle through WWII and Korea. After WWII, Colonel Van Orden opened the gun shop, Evaluators Limited, in Triangle, VA, just outside the USMC Quantico base. He specialized in furnishing quality products to the public, but with emphasis on military and police needs. At this tijme, he built a number of special rifles matching his WWII specifications. These are today called "Van Orden Snipers'. While they were never officially adopted by the Army or Marine Corps, a Van Orden sniper rifle was used by Marine Colonel Walter Walsh to win the 1952 National Matches at Camp Perry and the Army pouchased many of the rifles for its shooting teams. This example is fitted with a Lyman Super Targetspot 15X telescopic sight with adjustable objective with crosshair reticle and bright, excellent optics. The scope itself is very good with much original blue but showing evidence of light surface oxidation which has left some pinprick pitting iin the area of the Lyman factory marking. There is a Lyman No. 77 front sight on the target block at the muzzle and the rear of the receiver has a Lyman 48 target sight base (aperature assembly absent). Van Orden kept detailed shipping records with this rifle being shipped to Mr. John W. Bennett of Hempstead, Long Island, NY, in January 1954. This rifle is listed by serial number in the book "Death from Afar". These Van Orden sniper rifles rarely come up for sale. This documented example of the handsome and highly desirable Van Orden sniper in great condition is ready for your collection.