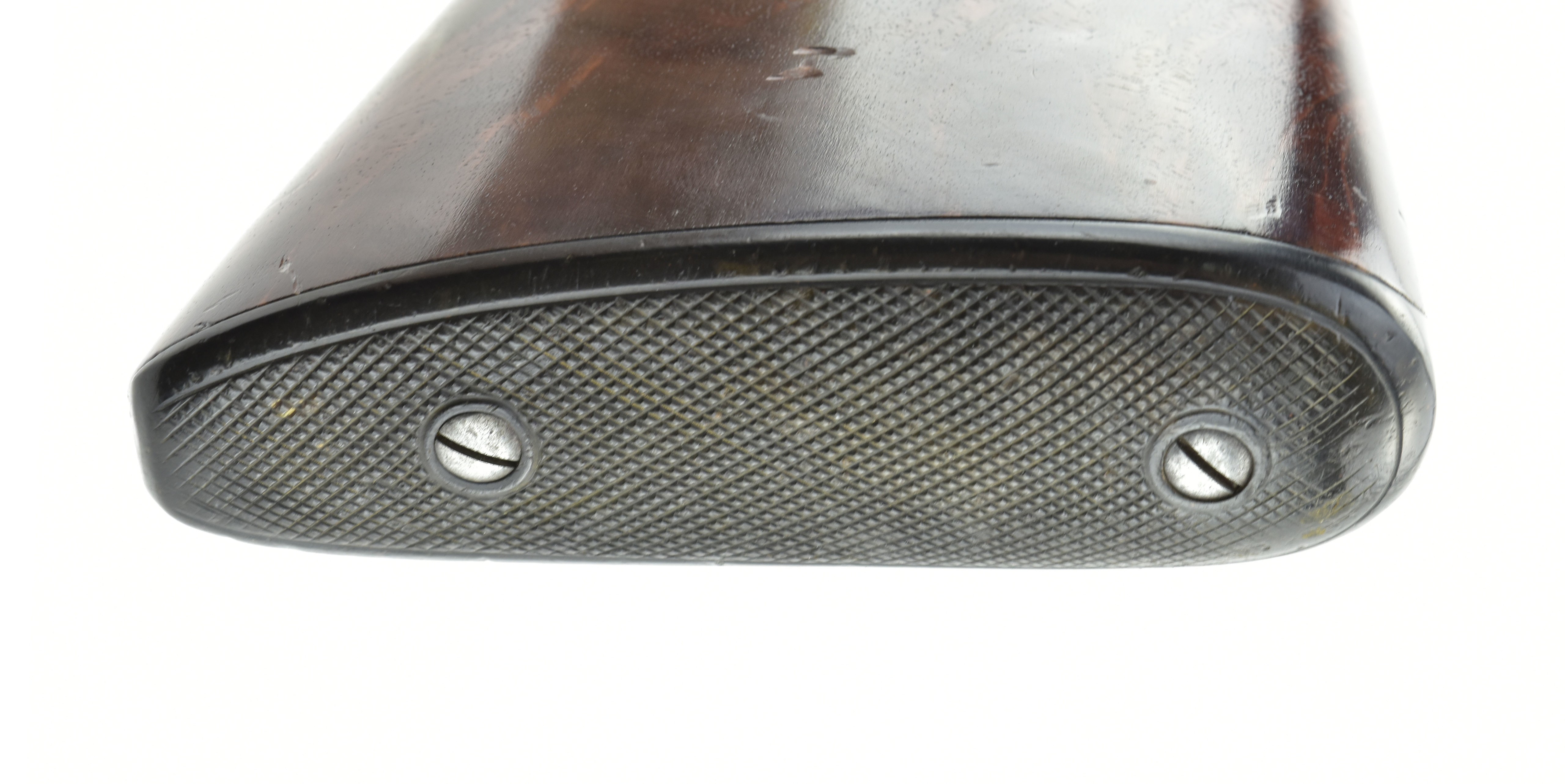 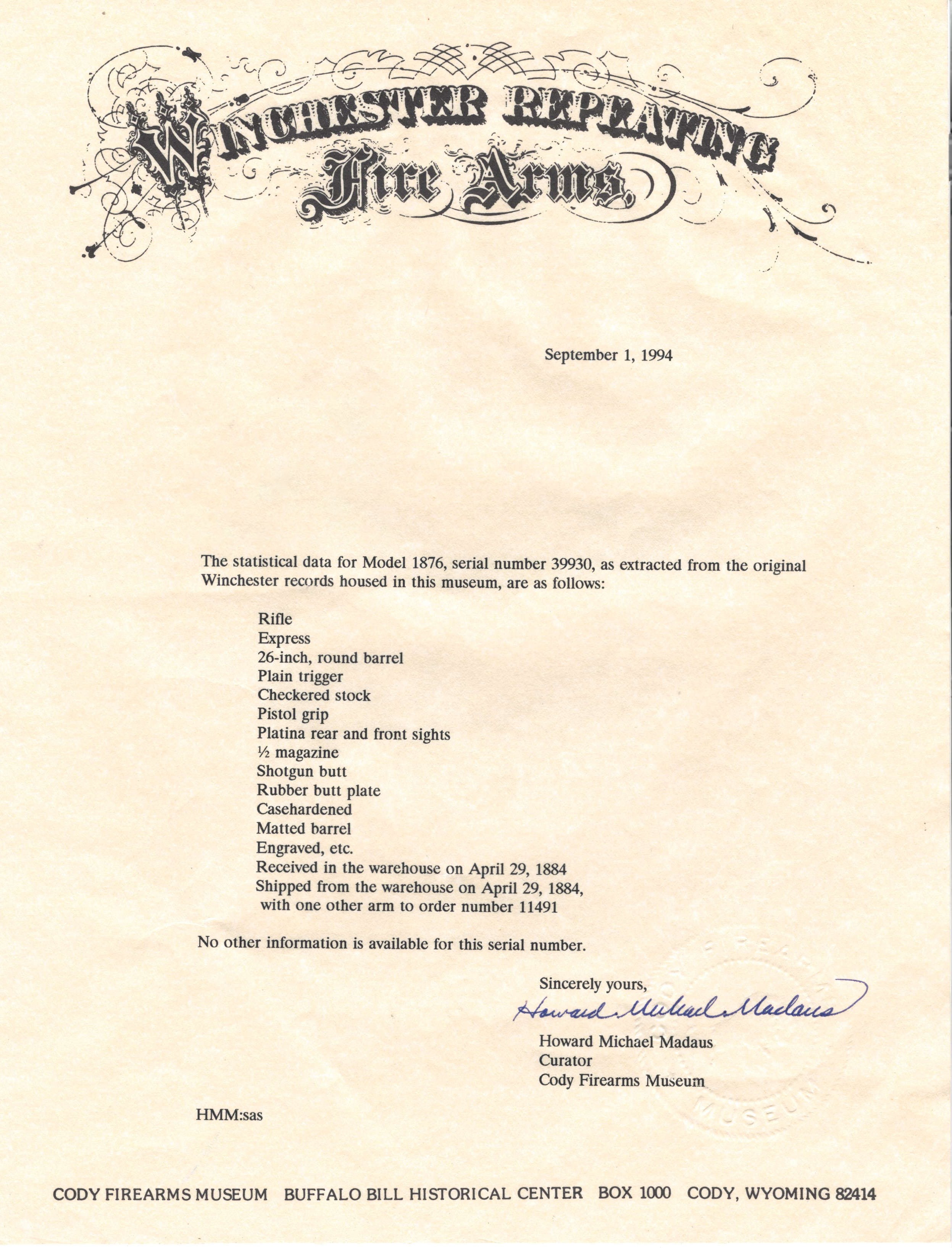 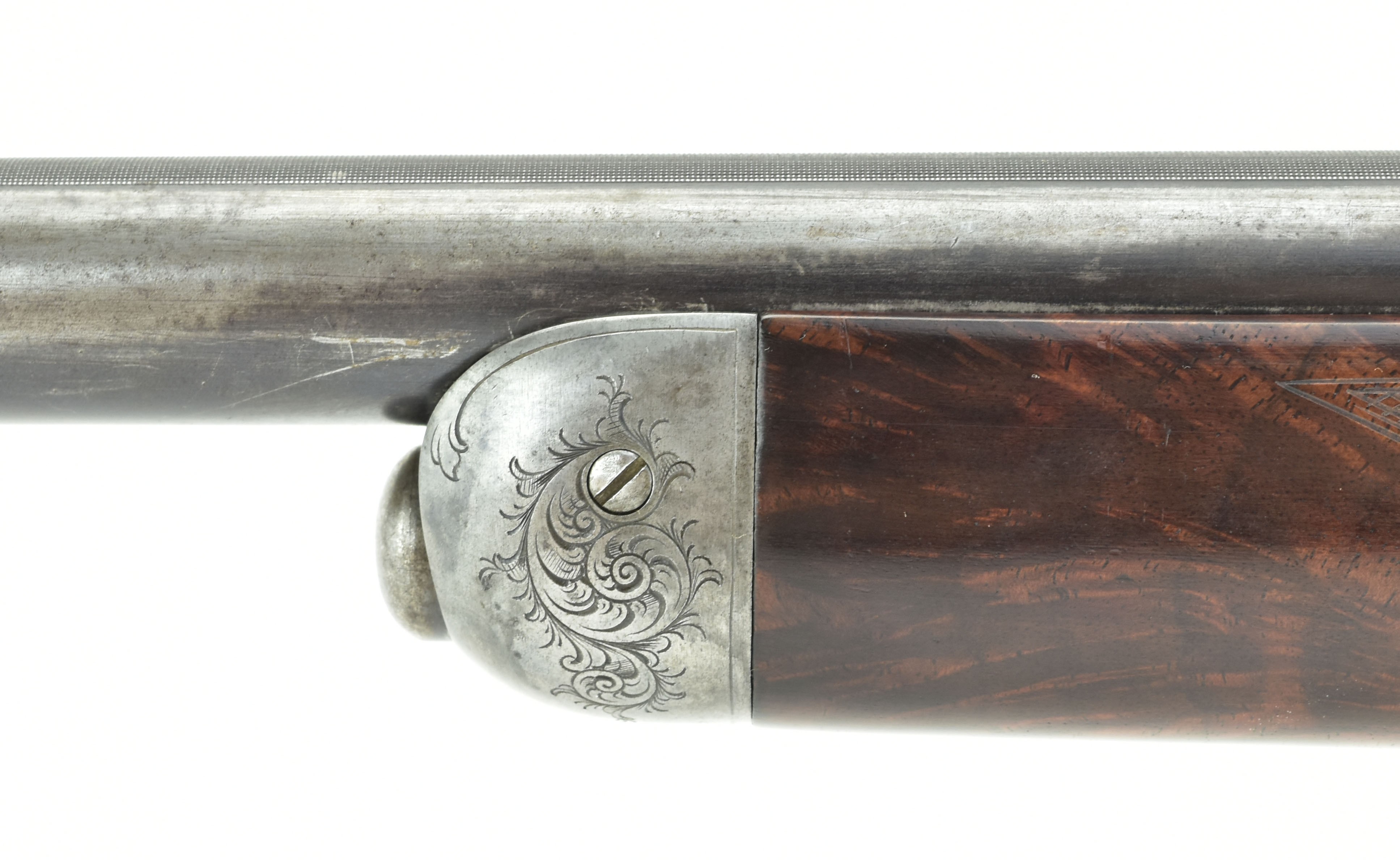 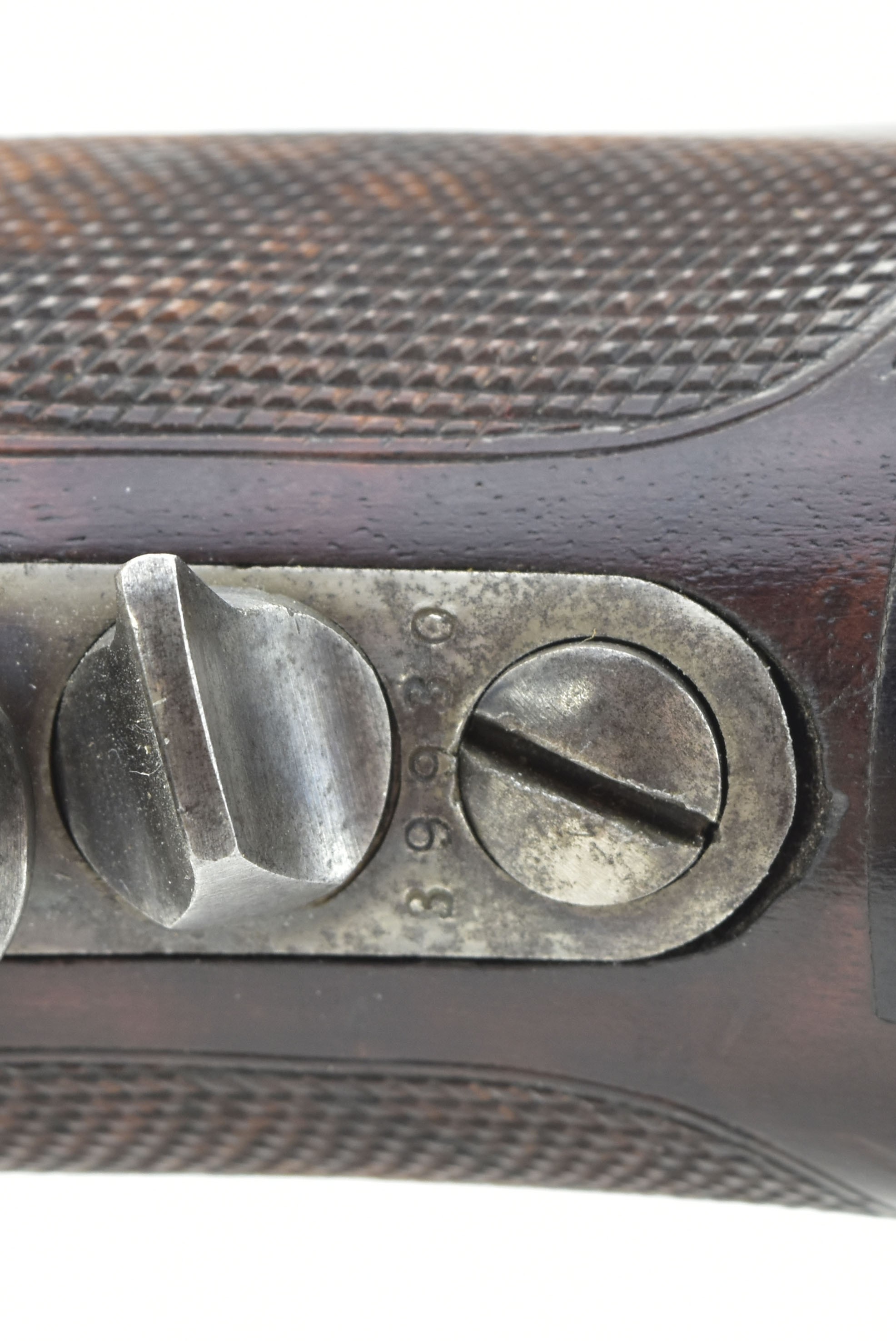 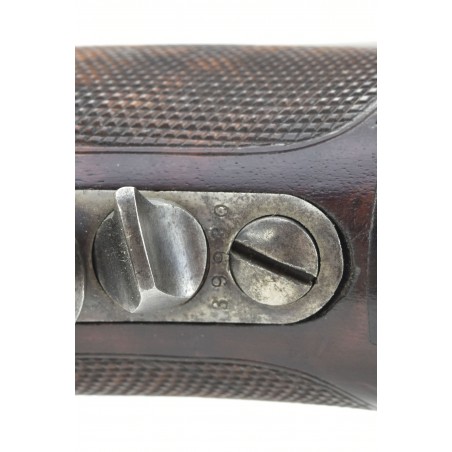 Price: $15,500.00
Item Number:
W10088
Factory Engraved Winchester 1876 Deluxe .50 Express caliber rifle with matted barrel. Made in 1884. .50 Express caliber gun with a multitude of special order options. Gun has a matted barrel, factory engraved, pistol grip and checkered stocks. Barrel has approximately 30% original blue. Frame has approximately 15% case colors and in protected areas. Gun is factory engraved on the forend cap, hammer and lever. Bore is excellent. Has a factory letter confirming all features. There is another letter from someone named Vern Vossler that reiterates what is on the factory letter. Interestingly, on the back if the letter is notes taken on this gun that say it was originally purchased out of a Bud Haynes action, and this gun was owned by a Colonel McCloud who was the 2nd Commissioner of the Royal Canadian North West Mounted Police. The letter this note is written on is dated 1987 and we have no way to go back and retrieve the catalog or any providence. Regardless, this is a super rare rifle with the factory engraved Deluxe .50 caliber matted barrel rifle.