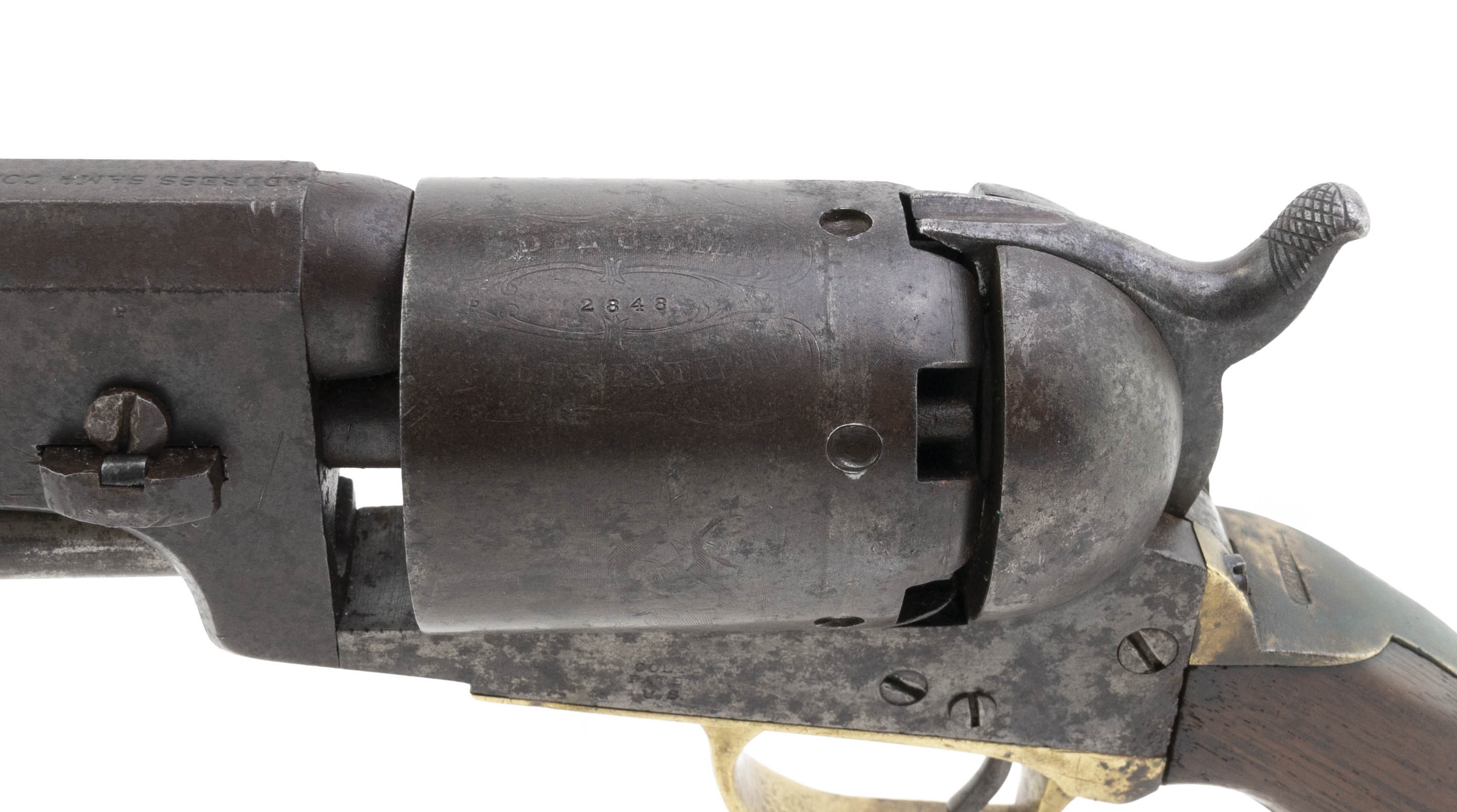 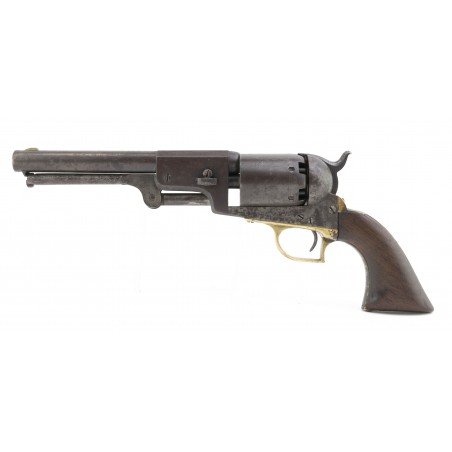 Made in 1848. 44 caliber with a 7 ½” barrel. Very fine condition with a smooth brown patina with small traces of blue in the protected areas. Throughout the metal is spots of light pitting. Cylinder still has most of the scene. Grips are very good. Right hand side of the grip is carved “Kippen 1853” Trigger guard has been reconfigured. Back strap just behind hammer is marked “G. Kippen” George Kippen was a Silver Smith who was from Bridgeport, Connecticut who relocated to California during the gold rush to pursue his fortunes. Unfortunately for him, it did not work out well in California, so he relocated to Yuma, Az. In Yuma, Az he became qa founding partner in the Arizona Copper Mining Company in 1854. He resided in Arizona until his death in 1868 at the age of forty-nine. It is almost certain that Kippen received this gun from a soldier or directly from the Military for his personal protection and use. A period New York Newspaper reported that Kippen once assisted authorities attempting to track down two murderers. In 1857 a Christopher Forchet was repeatedly stabbed and the severity of the attack left his right arm nearly removed, his chest opened and his lungs punctured. Kippen assisted Forchet to the hospital at Fort Yuma. Once able to speak, Forchet told his rescuers that he and his two traveling companions had been attacked by two Mexicans that had been traveling with them. The paper further reported that Kippen and another man went looking for the attackers "armed with Sharps rifles and six shooters." After nearly 6 hours of searching Kippen and his riding partner found the dead Canadians who were "literally chopped in pieces." The newspaper reported that the motive of the attack was likely over money. Over $1,000 in cash was being carried between the three Canadians. Forchet, however, was still in possession of his $800.00 when he was brought to Fort Yuma. The fate of the murderers is unknown. Note that the newspaper reported that Kippen and his partner carried six shooters when they went searching for the murderers. We can only speculate, but it is probable that this six shot Colt Dragoon was with Kippen during this manhunt. Kippen does mention the incident in his diary stating, "Did not succeed in overtaking [the two murderers], but found the bodies of the murdered men about 23 miles from Ft. Yuma. The most horribly cut men that I ever saw!! Buried them as well as circumstances would permit and returned to Ft. Yuma." At the time of his death, Kippen managed a branch of the mercantile firm of George F. Hooper & Company at Fort McDowell. An Arizona newspaper reported Kippen’s death with great sorrow, stating that Kippen was "a man noted for his loyalty, upright conduct and steady attention to business. He won the esteem of his employers. He was a man of generous impulses, of noble sentiments, and has many friends in this territory and in California to mourn his death." Very Fine historic Dragoon!