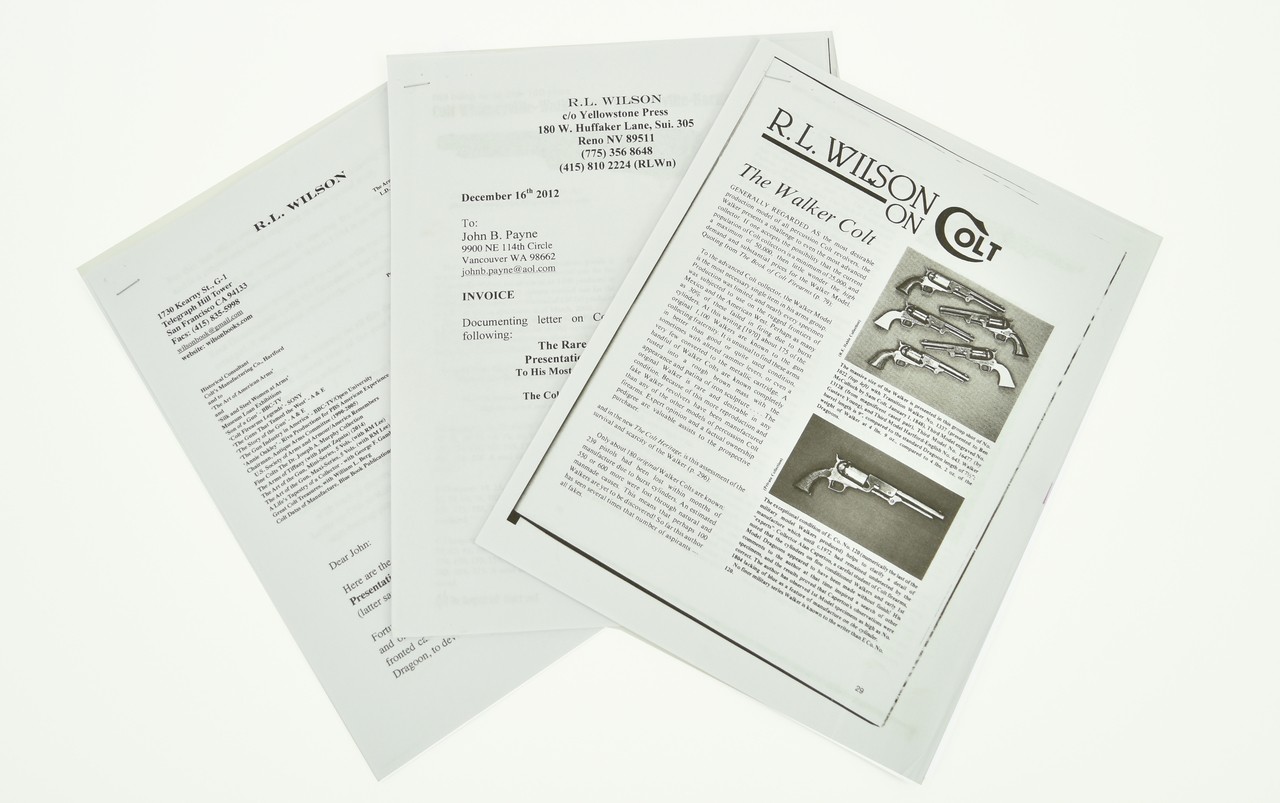 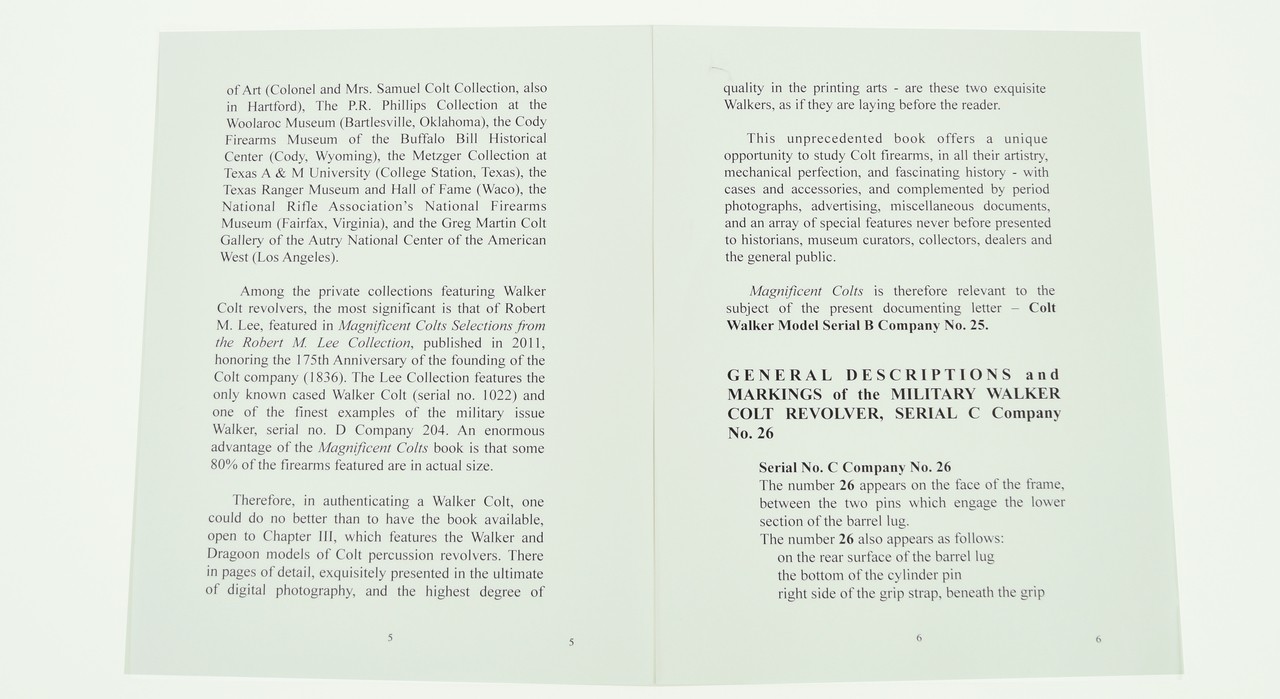 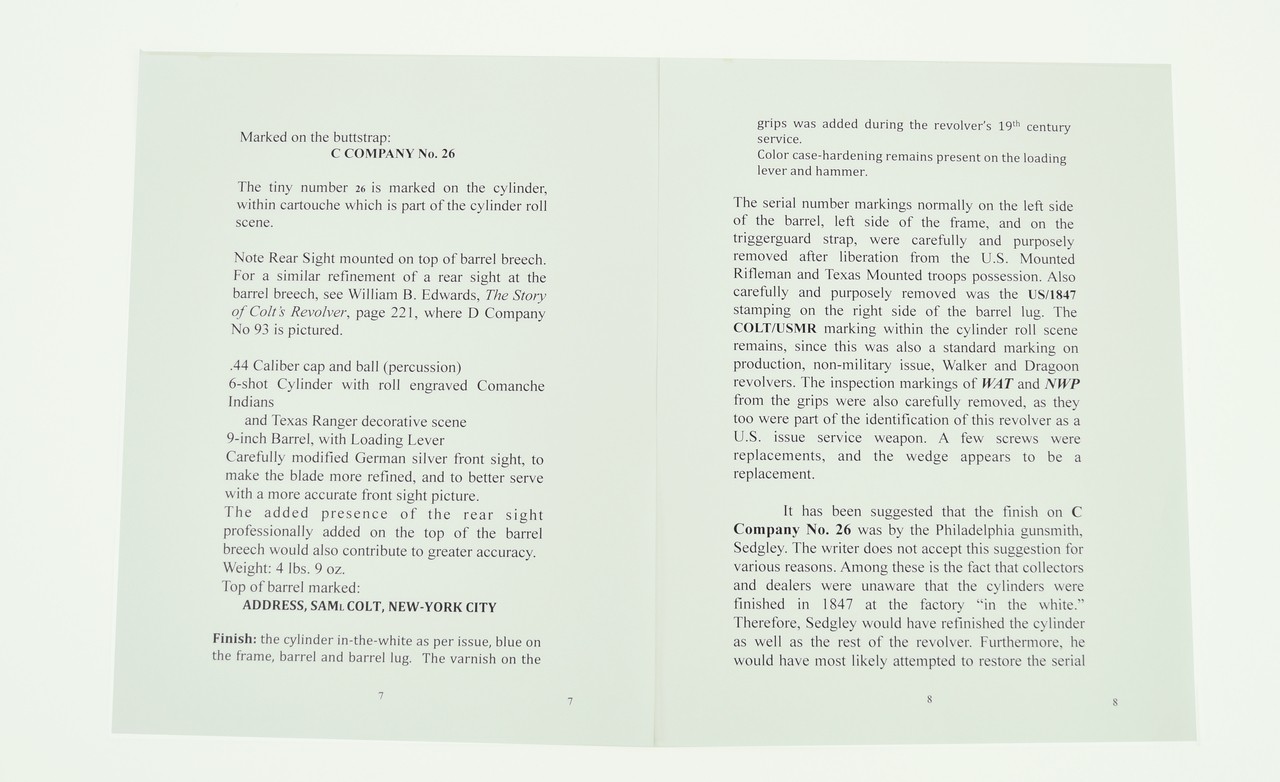 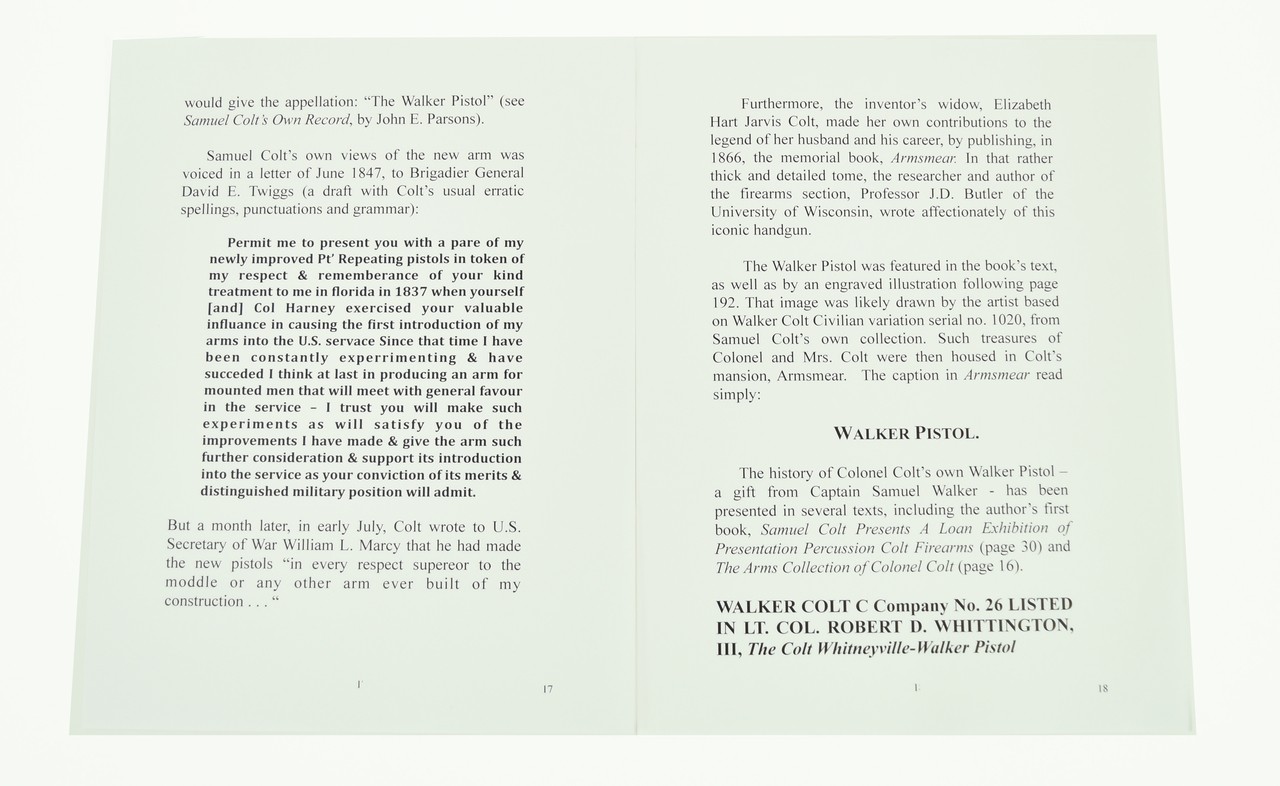 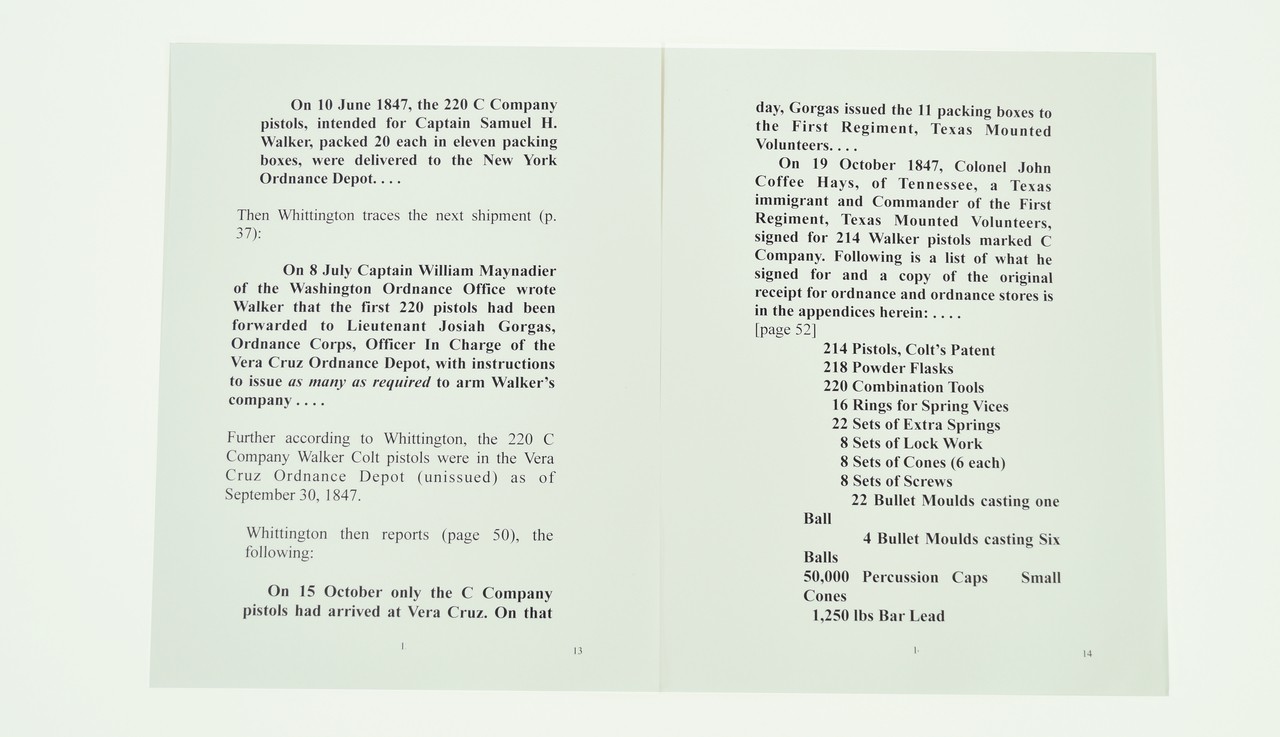 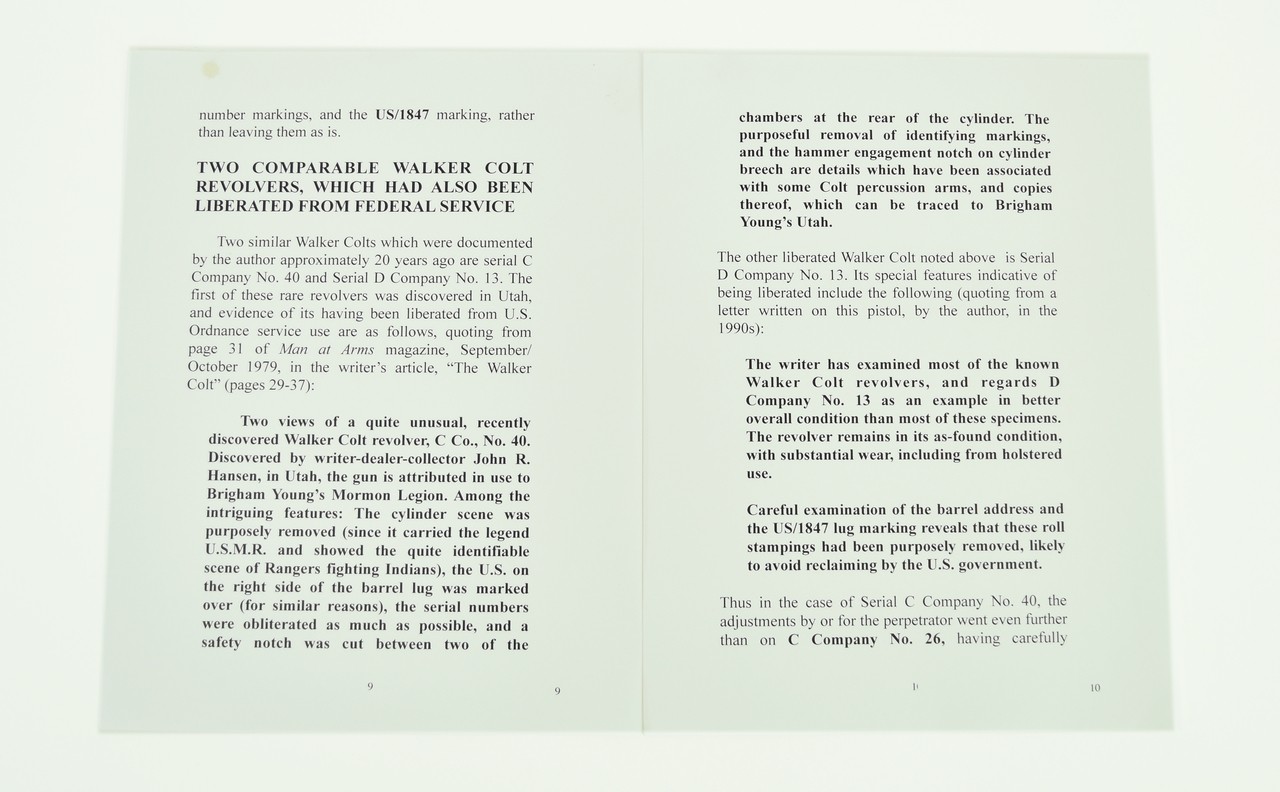 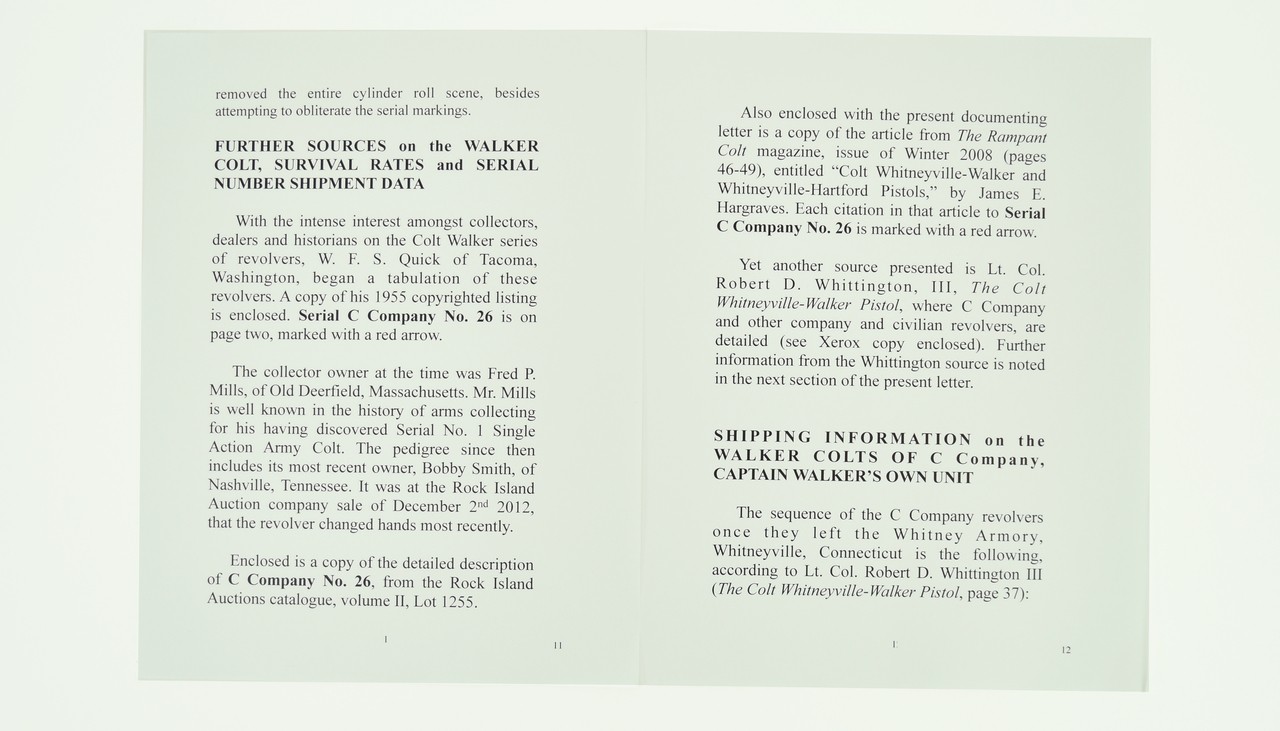 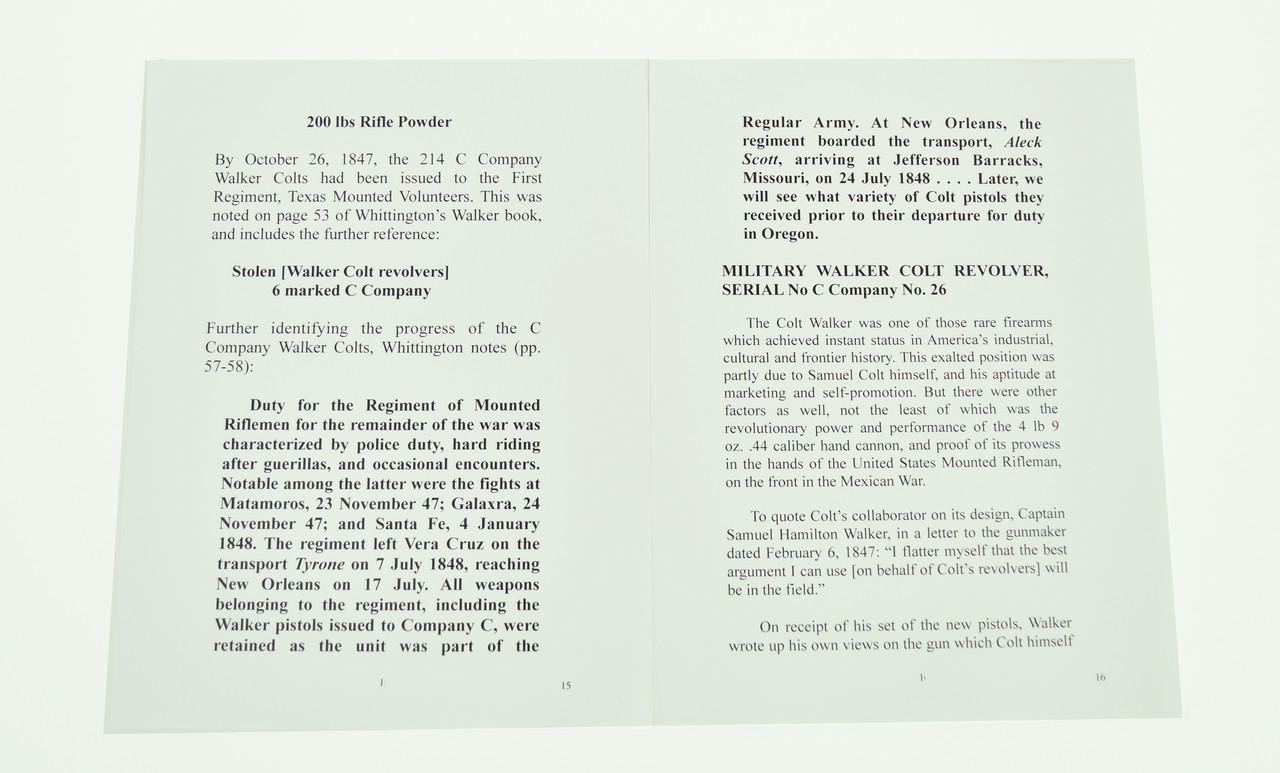 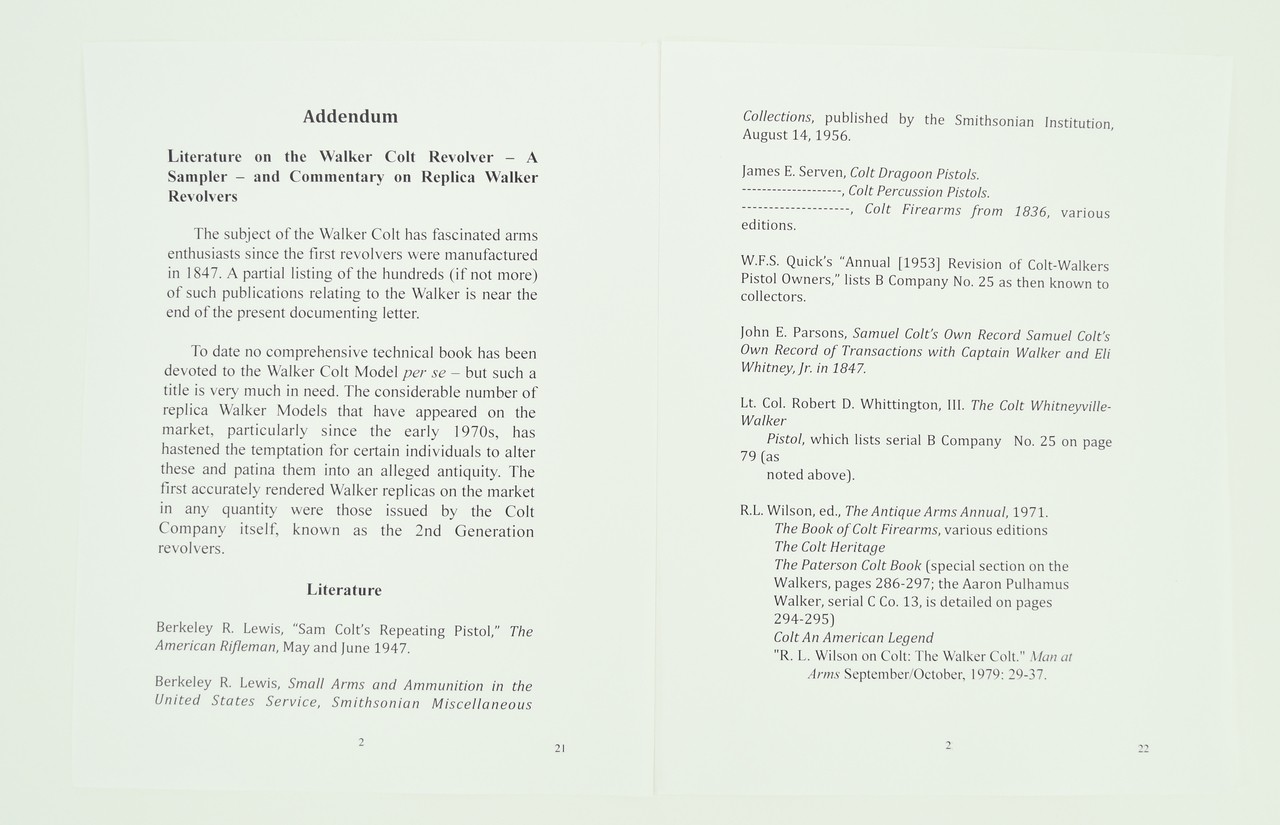 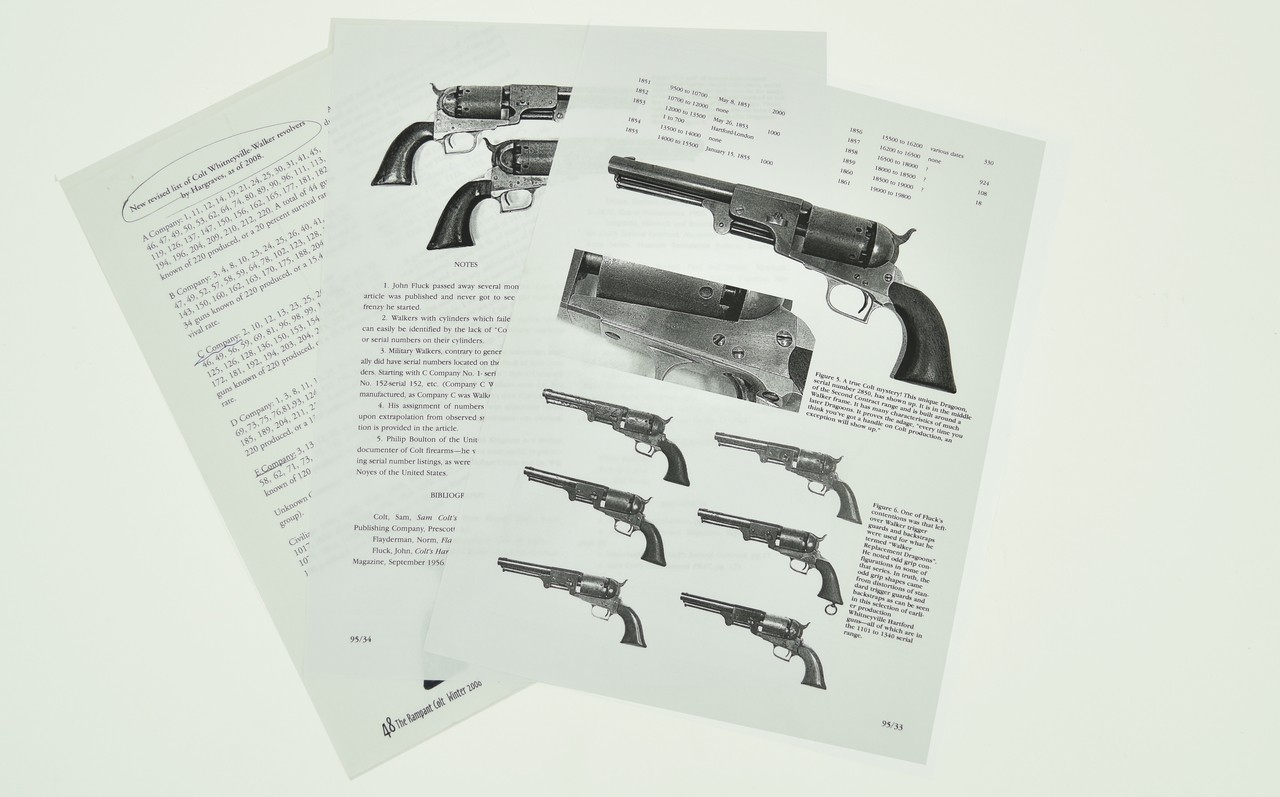 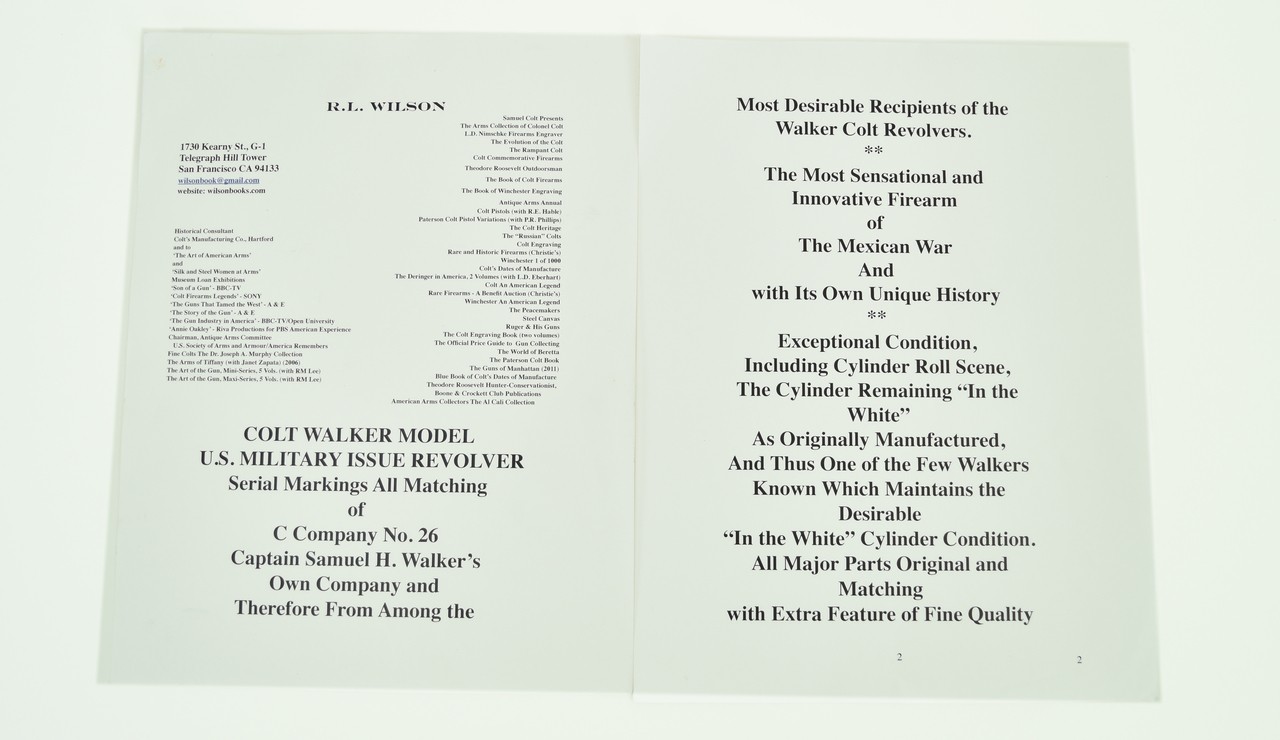 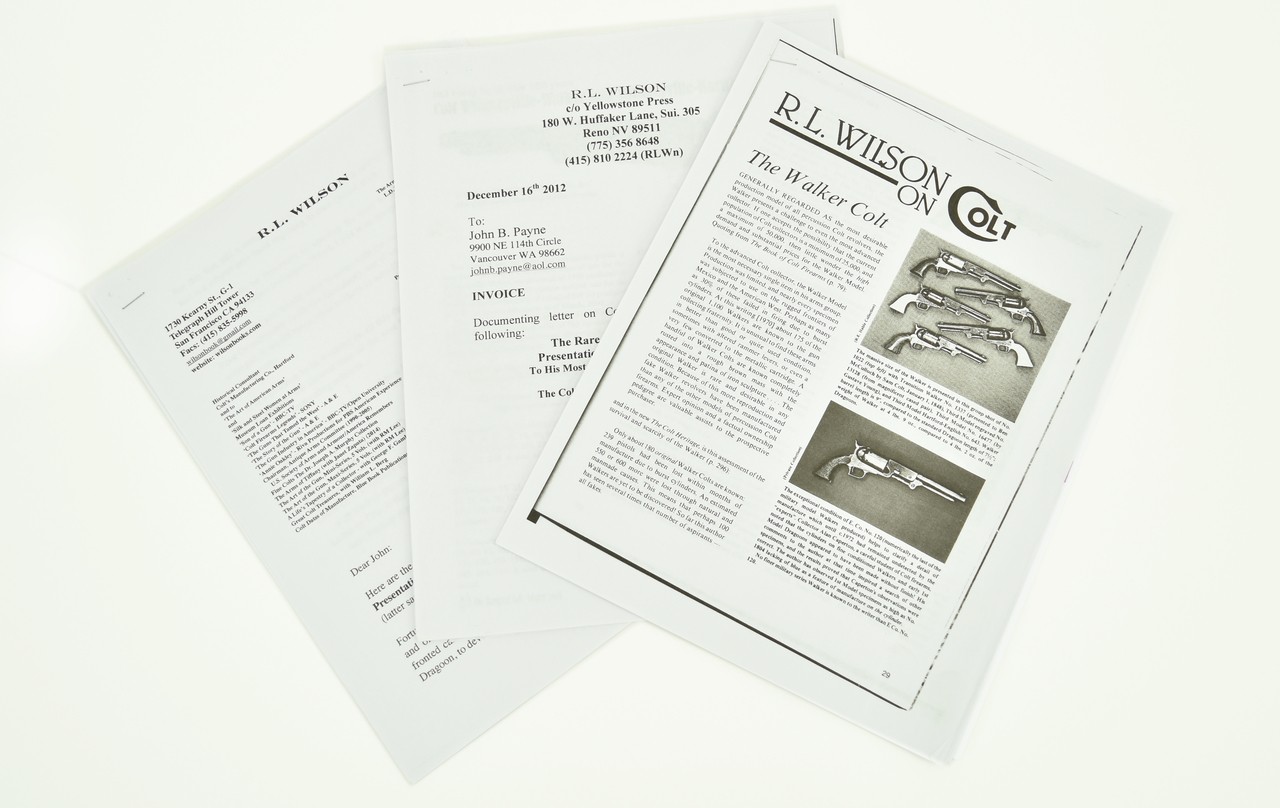 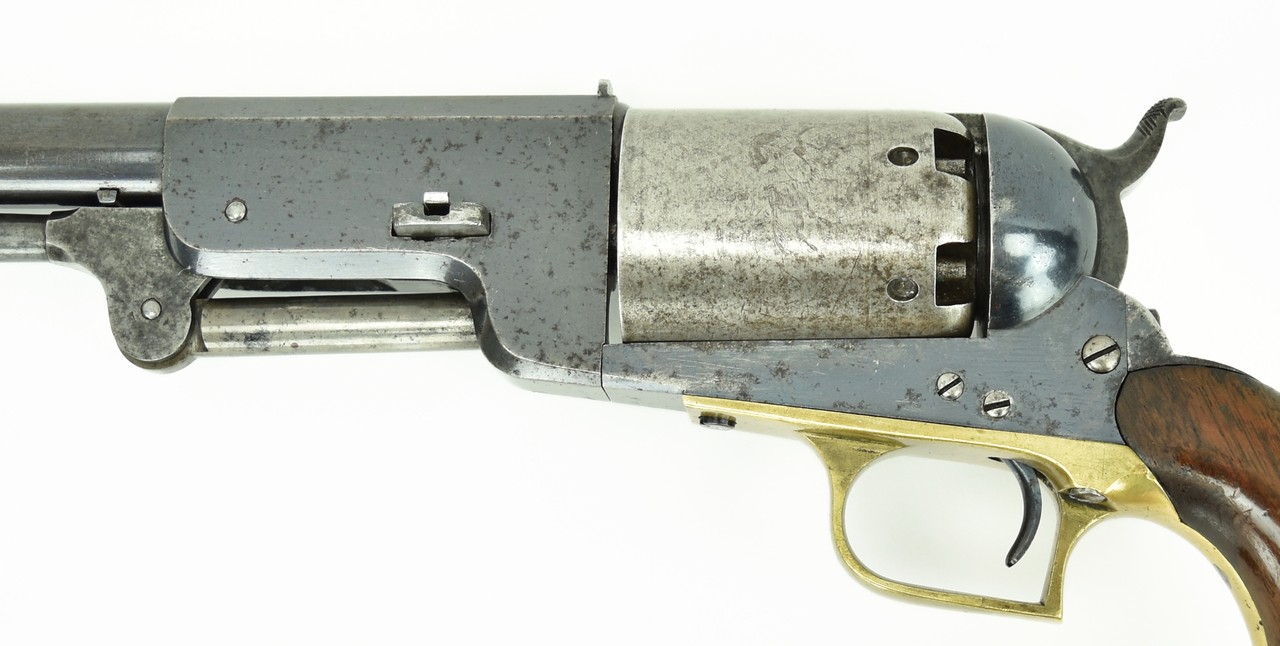 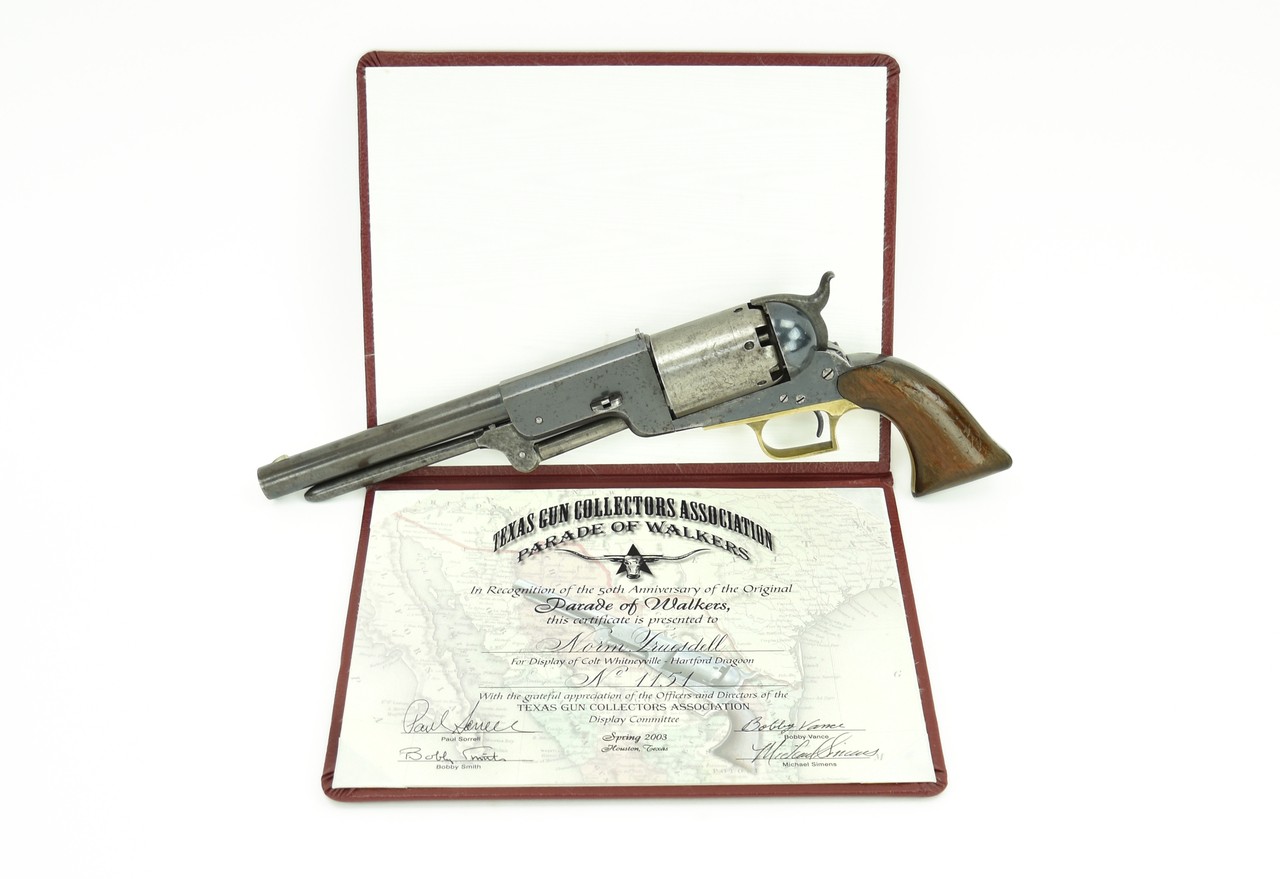 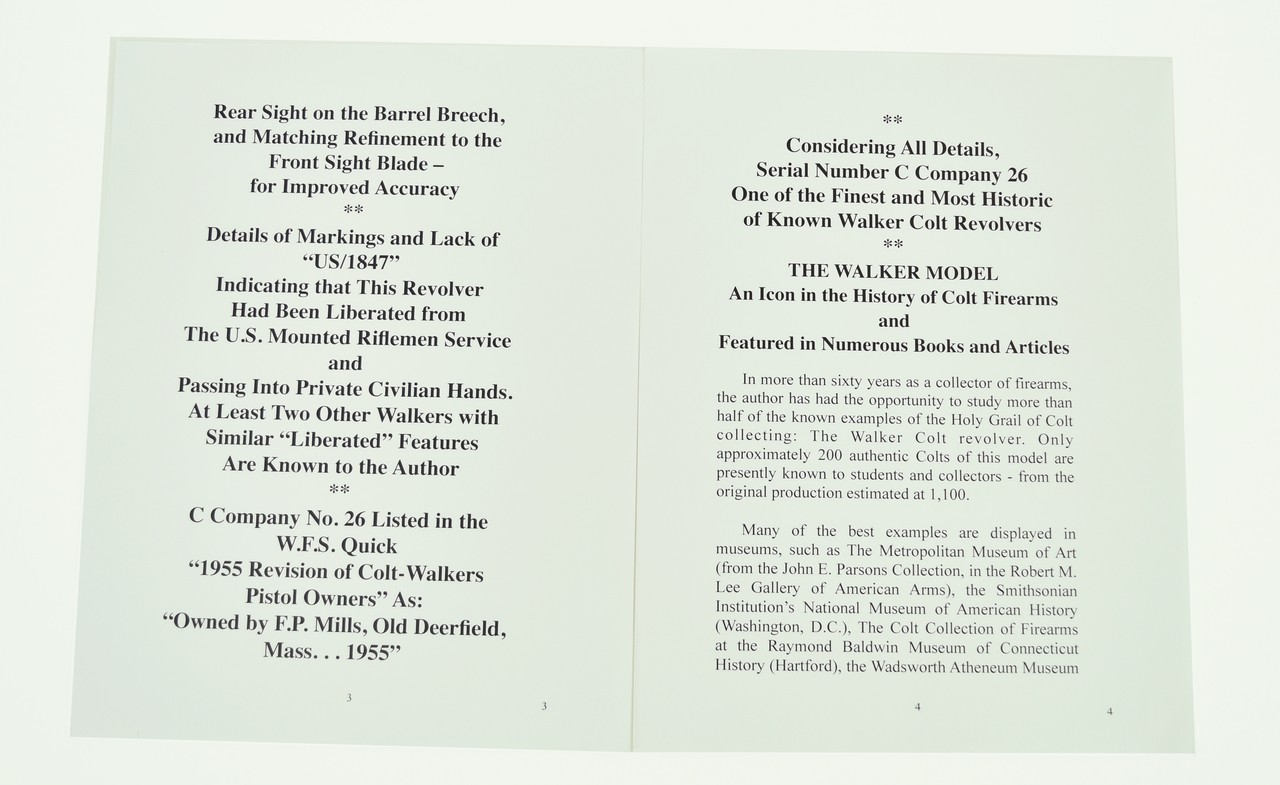 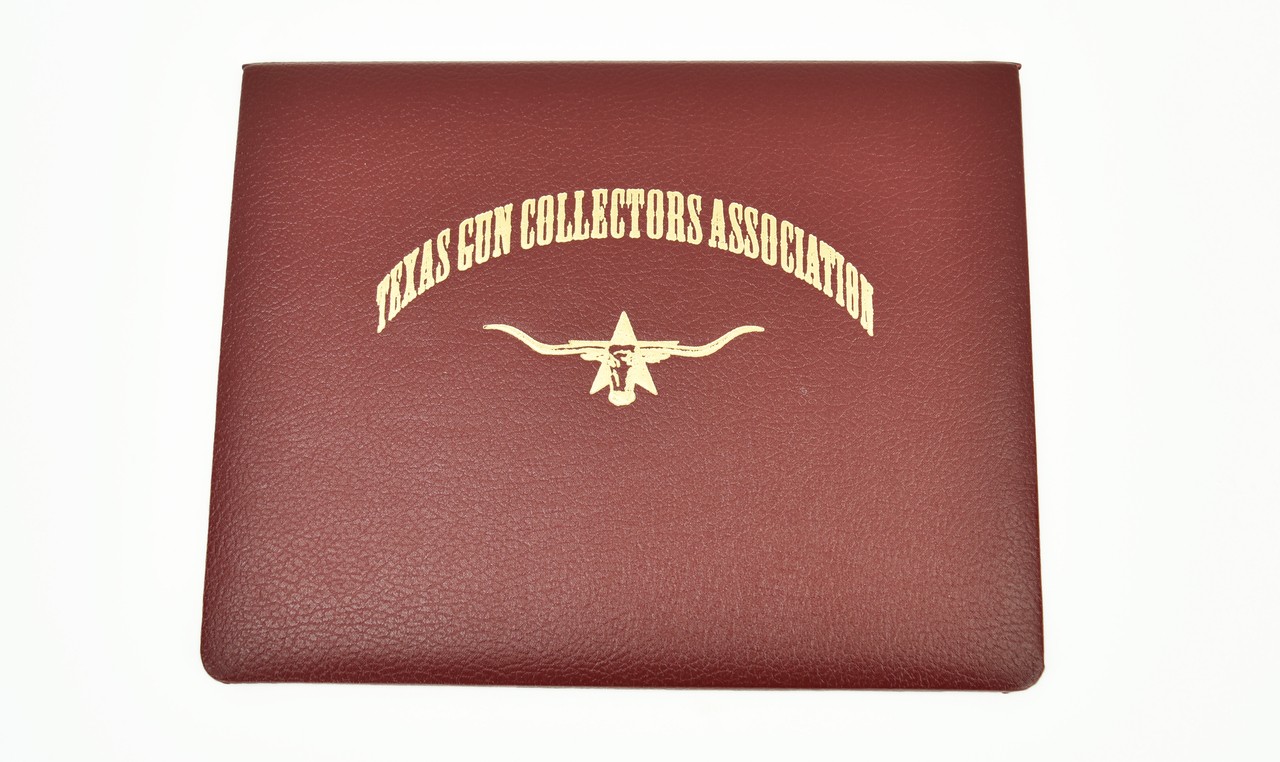 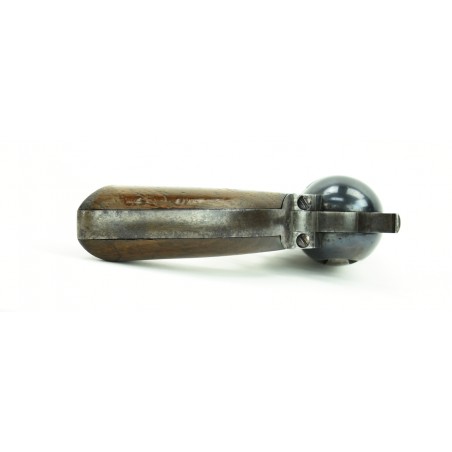 Price: $175,000.00
Item Number:
C12063
Excellent Colt 1847 Walker. This is a most interesting specimen! This is an absolutely authentic Colt Walker with the serial number C Company 26 on the butt. It does not have the traditional Walker markings that you normally find. The number 26 is on various parts of this gun making all matching. The markings you normally find on the frame and barrel are absent. Noted Author R. L. Wilson in his letter says these markings were carefully removed in order to keep the gun from being reclaimed due to the Military markings. Our opinion is they were never present. There are no signs that any of the markings were ever applied. There is no doubt that the finish on this gun is a 19th Century blued finish and the grips have period varnish. What’s the most unusual about this gun is the cylinder remains in the white. This was not a known fact until relatively recently. It stands to reason that if a gunsmith was to refinish a gun, they would have refinished the entire gun, cylinder included. It’s a very interesting gun that we unfortunately do not have all the answers for. Could it be a factory refinish? Was this a “lunch box” special? Could this gun been assembled out of left over Walker parts like Colt 1st Model Dragoon, serial number 2850 which has a Colt Walker frame? Regardless, this is an all authentic Colt Walker that goes back to 1955 when this gun was owned by F. P. Mills of old Deerfield, Massachusetts. It has changed hands several times since then and has been owned by Norman Truesdell and Legendary dealer and Collector Bobby Smith. This gun was in the Parade of Walkers hosted by the Texas Gun Collectors Association in 2003 and comes with the certificate of authentication. It is a gun in top notch condition with a near perfect cylinder scene which is a true rarity. Very fine gun with excellent documentation and provenance!